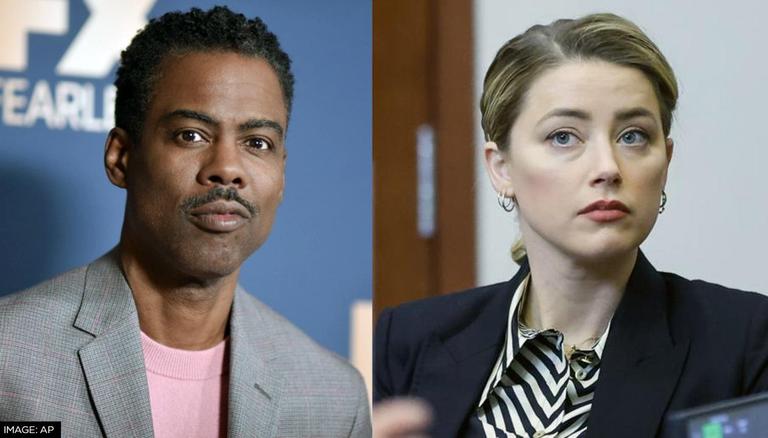 Former Hollywood couple Johnny Depp and Amber Heard are currently involved in a legal battle whose trial is taking place in Fairfax, Virginia. The case involves Depp pursuing a $50 million defamation suit against his ex-wife Heard as she penned an op-ed in 2018 stating she is a domestic abuse survivor. The hearing began on April 11, 2022, in the attendance of the two Hollywood stars as Heard filed a counter case seeking $100 million from Depp. As CBS and several other news channels are live-streaming the trial and it has caught the attention of several celebrities, recently, comedian Chris Rock took a dig at Amber Heard during one of his performances and addressed the ongoing trial.

Comedian Chris Rock seems to be on a roasting spree. The comedian has often mentioned WIll Smith during his performances after the KingRichard star slapped him at the Oscars 2022. During a recent comedy performance in London, Chris Rock not only briefly addressed the Oscars 2022 but also took a dig at Heard for defecating on The Pirates Of The Caribbean star’s bed.

As per LADbible, Rock mentioned Heard in one of the parts of his performance on May 12, which marked the start of his Ego Death tour in the United Kingdom. While the comedian mentioned the Oscars slap incident briefly, he really went to comment on Depp and Heard’s trial. The topic came up after the comedian talked about the new rules about sleeping with other people. He emphasized the need of believing in women and soon mentioned keeping Amber Heard an exception. He said, “Believe all women… except Amber Heard.” “What the F*** is she on? She s*** in his bed!” She’s fine but she’s not shi***** fine,” he added.

Depp and Heard met on the sets of The Rum Diary in 2009 and began dating a few years later. In 2015, the couple tied the knot. Later in 2016, Heard filed for divorce alleging that Depp had physically abused her under the influence of drugs or alcohol. While Depp denied all the accusations, their divorce was finalized in 2017.

In 2018, Johnny Depp sued Heard for writing an opinion piece for the Washington Post, in which she claimed she is a victim of domestic abuse. Later, the Aquaman star countersued her ex-husband whose trial is currently going on in Virginia. Amid the trial, several shocking revelations have come up, including Heard defecating on Depp’s bed after a fight.

Get the latest entertainment news from India & around the world. Now follow your favorite television celebs and telly updates. Republic World is your one-stop destination for trending bollywood news. Tune in today to stay updated with all the latest news and headlines from the world of entertainment.