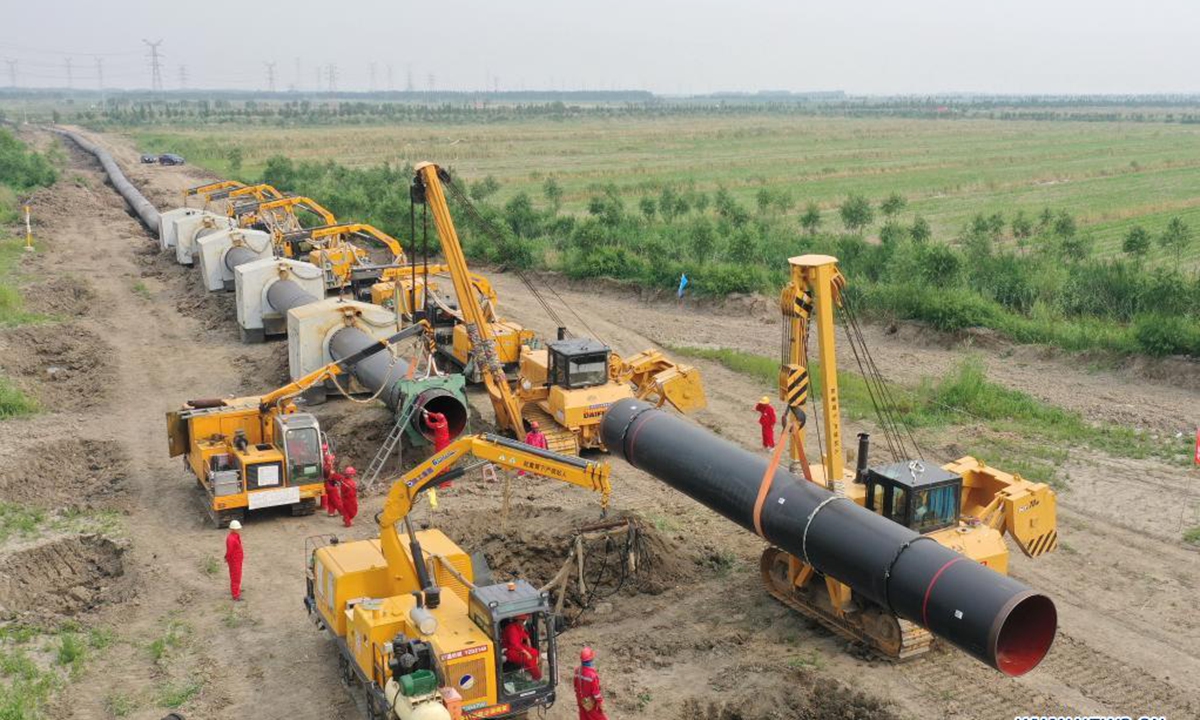 The section of China’s longest long-distance coal-seam methane pipeline from northern China’s Shanxi Province to Hebei has completed its drying process, marking the official completion of the main pipeline, which can deliver 200 million cubic meters of natural gas to northern China this winter and which China National Offshore announced next spring Oil Corporation (CNOOC) on Monday via their official WeChat account.

The Shanxi-Hebei section of the coal seam methane pipeline begins in Lüliang in Shanxi and reaches Hengshui in Hebei with a total length of 548.95 kilometers and a total capacity of 5 billion cubic meters per year.

Since the opening of the first section at the end of July, the Shanxi-Hebei section has supplied around 100 million cubic meters of natural gas to Hebei. Analysts said the completion will continue to ensure stable gas supplies to the country through winter and spring and adjust China’s overall energy structure.

The entire pipeline spans three Chinese provinces, including northwest China’s Shannxi, Shanxi and Hebei, with a length of 622.98 kilometers. When fully completed, natural gas from East and West Shaanxi can be delivered to thousands of households and industrial clusters in Beijing, Tianjin and Hebei, as well as to the Xiongan New Area south of Beijing.

The pipeline can also be connected to the liquefied natural gas (LNG) terminal in Tianjin for a dual complementary gas supply that will contribute to regional excellence and security of supply, and provide safe, low-carbon and efficient clean energy for northern China.