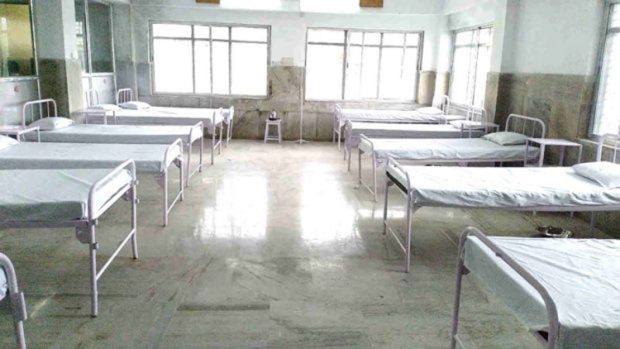 Udupi: The Central government has finally given in-principal approval for a 100-bed capacity ESI Hospital for the district after a long wait.

However, the land for construction, management and the services that would be available is yet to be decided.

As per the reports, the Ministry for Labor and Employment, Government of India has approved 23 new ESI Hospitals to be built in the country, of which two will be constructed in Karnataka. Udupi and Tumakuru are the two locations notified in the state where ESI Hospital of 100-bed capacity each would be built.

It can be noted that earlier MoS for Agriculture and Farmers’ Welfare and MP of Udupi-Chikkamagaluru districts, Shobha Karandlaje had met Union Labor Minister Bhupendra Yadav. She had discussed and requested to sanction an ESI Hospital for Udupi.

It can also be recalled that Udayavani had rigorously reported on the necessity of the ESI Hospital in the district and had brought it to the notice of the concerned ministers and officials.

Meanwhile, speaking to Udayanai Union Minister Shobha Karandlaje said, “I had met Union Labor Minister several times and had brought to his notice about the need of a 100-bed capacity ESI Hospital in the Udupi district. As it is approved now, it will be of great help to the labourers”.