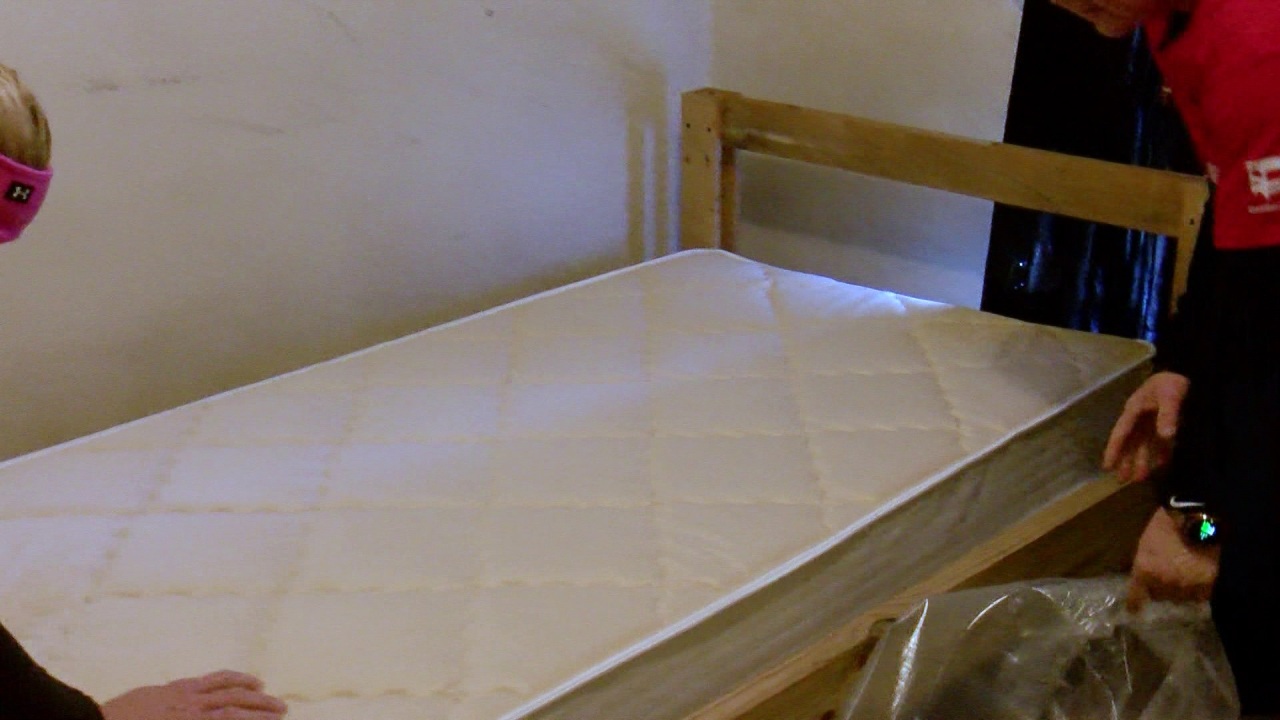 CONWAY, Ark. – A central Arkansas nonprofit is making it their mission to give every kid a place to sleep.

Sleep in Heavenly Peace is helping families one bed at a time and for one mom in Conway, she said she is thankful her six kids now have their own beds.

Jalishia Wallace, a mother of six, said it was necessary for her children to have their own bed, which is why she sent an application to SHP for them to build beds for all of her children.

“A friend sent me a link on Facebook and I filled the form out and I didn’t think it was real, but it was,” Wallace said.

Wallace noted how her family was dealing with the lack of beds.

“Most of the time they want to sleep together or with me,” Wallace said.

Wallace said as a single mother it was hard to afford six beds, but believed her kids deserved their own so they can sleep how they want.

“There are children in our towns and all across America going without beds,” Wright said. “People often don’t think about whether a child has a bed to sleep in.”

Wright said the Vilonia chapter of SHP began in April of 2022 and, although their chapter is based in Vilonia, she said they also help those in Conway. She said she wasn’t sure what the response would be but have had a steady number of applications.

“We steadily get applications in for beds, we just built 56 beds,” Wright said.

Wright said that with the help of donations, they have been able to buy their equipment and build the beds from the ground up in the homes of those in need.

“We raised about $25,000 and that was raised by the Conway Area Leadership Institute Class of 2022,” Wright said.

Wright noted why she believes it’s so important for kids to have a bed.

“We don’t think about their self-esteem and their confidence that they need from waking up in bed every morning,” Wright said.

Wright said she plans to continue in the future and hopes to get more donations so she can further their efforts to all of Faulkner County.

Wallace said she is thankful for her service.

“This is even better for them to have their personal space,” Wallace said.

Anyone who would like to donate or are in need of beds can go to SHPBeds.org.