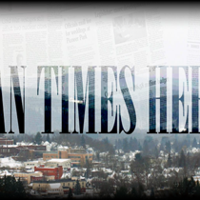 No one spoke at a public hearing held ahead of the vote on the local hotel and motel tax extension bill, which was introduced at the Legislature’s Jan. 5 organizing meeting.

An additional $106,644 was allocated to cover advertising expenses for festivals and tourism marketing initiatives.

A local law creates the Department of Buildings and Grounds and a Department Director, which is currently a division of the Public Works Department under Commissioner Kathleen Ellis.

The committee will discuss proposed local public works reorganization legislation at its first meeting next month. Local laws would come into effect on February 14.

The legislature accepted a $785,000 bid from Northville-based Wadsworth Lumber Inc. for the County Forest’s Ashford Softwood Timber Tract. The bid was the highest of nine received for the area and was recommended by Generations Forestry, the county’s ranger.

Lawmaker Kip Morrow, R-Portville, the area coordinator for the Olean Toys For Tots campaign, told fellow lawmakers that 1,688 children were cared for by the program last Christmas.

In addition to the volunteers, Morrow thanked all the people who filled in the white boxes, the district employees and department heads who donated.

The lawmakers adjourned in memory of John Sampson of Salamanca, the county’s former veteran service officer, who retired in 2012 after 22 years in office. He died on Tuesday.