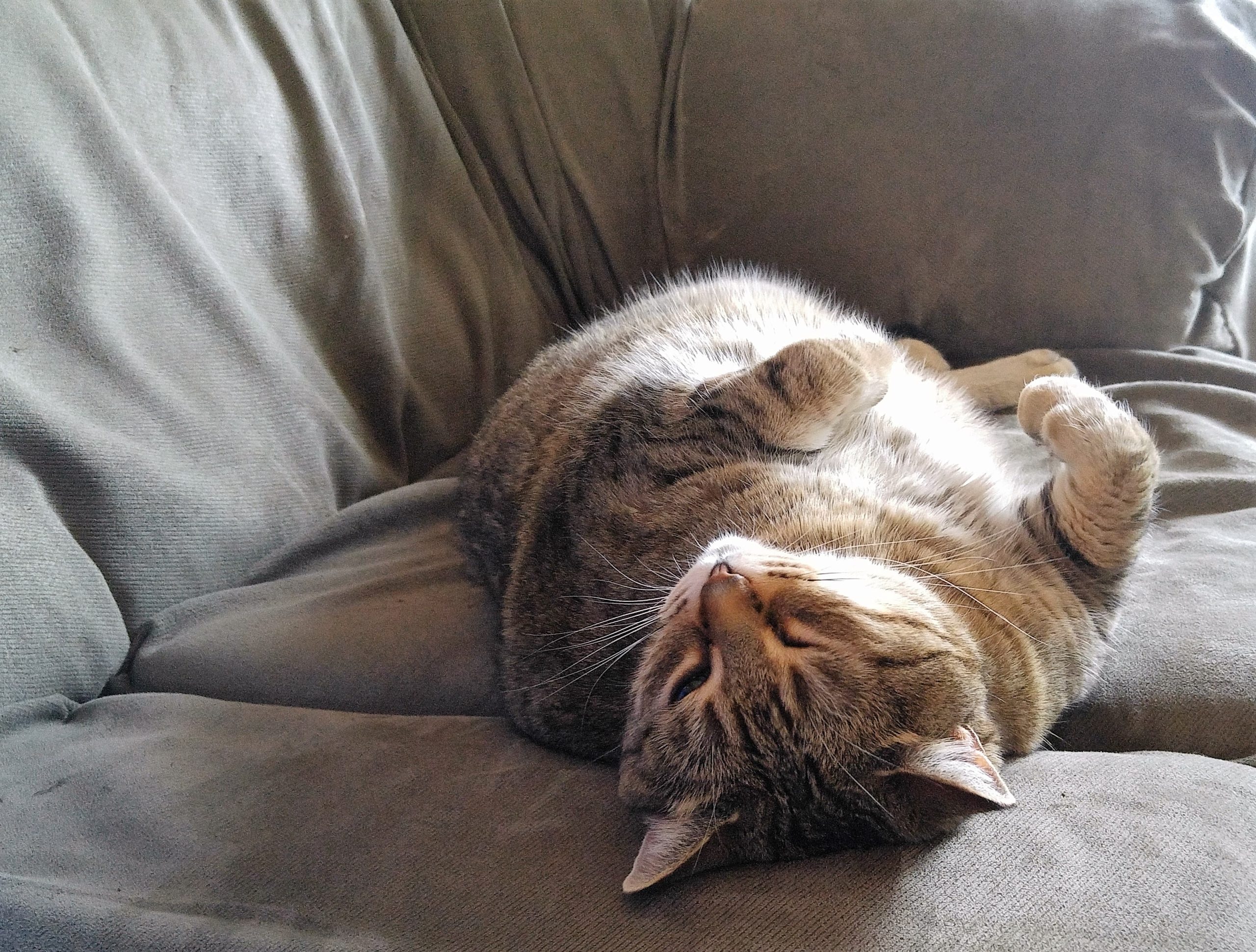 A viral video of a cat misjudging a jump onto a bed has left the internet in stitches this week.

TikTok user daniellexkerr shared the video, which has been viewed more than 390,000 times, on Sunday. In the video, Maisie-moo the cat spends some time weighing up how to jump onto the bed, and is seen hopping up and down and moving forwards and backward, before deciding against it and walking away.

The older rescue cat who lives with her owners in Canada has delighted viewers who headed to the comments to share their joy. “This absolutely has me cackling,” said one TikTok user, while another viewer of the now-viral video wrote: “This cat has forgotten how to cat.”

Our flexible feline friends can reach great heights, with the average house cat able to jump up to five feet or around six times their height. Even more incredible is that cats do this without running or using another object as leverage.

In the wild, cats can jump even further. For example, Sub-Saharan African wild cats have been recorded leaping up to 15 feet in the air when hunting for birds mid-flight.

But kitty jumping skills depend on a whole host of things, including health, weight, prey drive, and personality. For example, some cats just don’t enjoy jumping as much as others.

This super sweet rescue cat is a little bit on the larger side, but TikToker daniellexkerr told viewers in the comments: “We are working with the vet to figure out which food will help her weight and not affect her allergies at the same time.”

Maise-moo isn’t completely unable to get up onto the bed, either. It turns out her doting owners have even given her a special set of cat-sized steps to help her climb up for cuddles. “My potato already has stairs to the bed, but seems to like a challenge I guess,” said the poster in a later comment.

“Love how she tries anyways despite having steps just around the corner,” wrote another viewer. “Nothing can stop this ‘lil old lady.”

Another viewer of the video pointed out that Maisie-moo was probably doing “Catculations,” while another joked: “Bet he’s regretting that last meow for food.”

Meanwhile, other TikTok users felt an affinity with the feline’s struggle, liking it to their own lives.

“Me trying to reach my goals,” wrote one commenter, while another said it was like: “Me getting into an SUV with no step bar.”

Do you have funny and adorable videos or pictures of your pet you want to share? We want to see the best ones! Send them in to [email protected] and they could appear on our site.