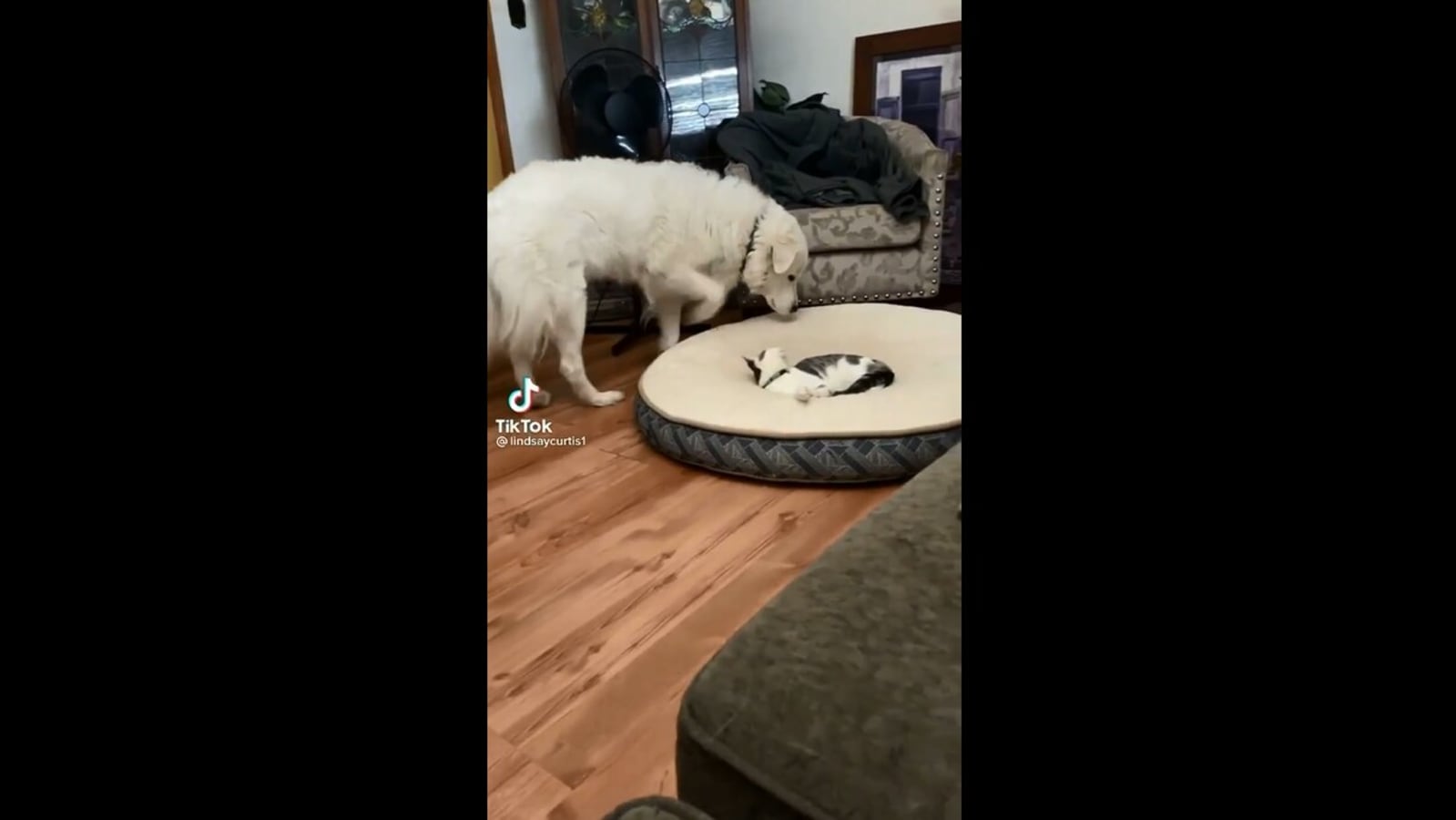 The video of the cat and dog can leave you in splits.

What could be nicer than making Sunday brighter than watching a funny animal video with a dog and cat. This video shows a hilarious interaction between the two animals. Chances are the clip will make you laugh out loud.


WeRateDogs shared the video on their official Instagram page, adding that the clip was originally recorded by a person named Lindsay Curtis. In the caption, they also gave a brief statement that the dog was not to blame for what it did to the cat.

Check out the video to see if you feel too:


The video was shared about 11 hours ago. It has garnered nearly 1.1 lakh likes since launch and the numbers are rising rapidly. The release has also resulted in various comments being posted.

“Just like both of them looking into the camera at the same time,” wrote an Instagram user. “The cat just accepted its fate,” wrote another. “Cat: ‘Don’t you dare lie down on me, yo —- ohhhhh, nice fluffy blanket!'” Said a third.