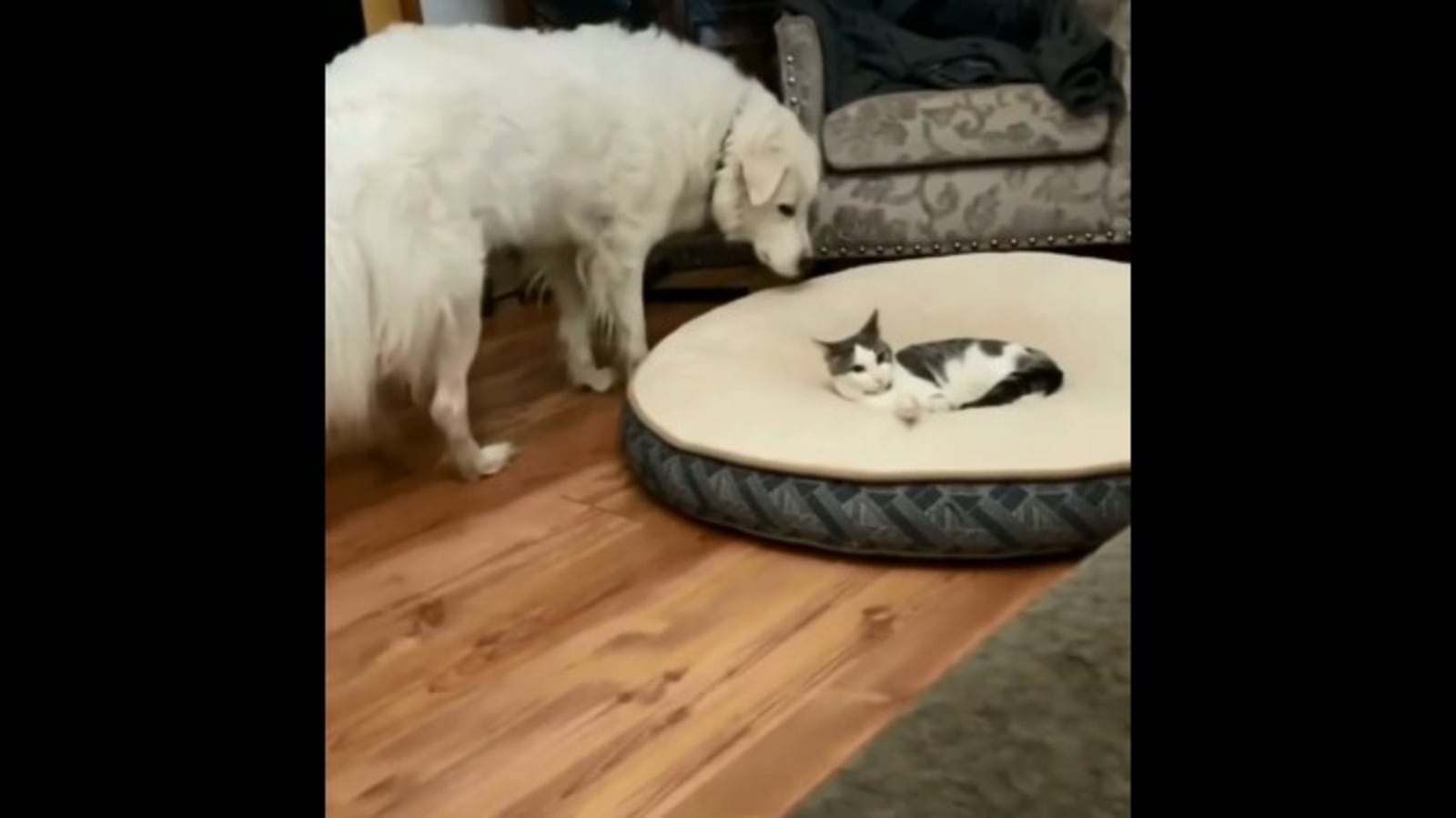 The video involving a cat and a dog was recently re-shared on Reddit.


The clip was originally posted on TikTok a few years ago. It has again captured people’s attention after being re-shared on Reddit. “Don’t Mind If I Do,” wrote the Reddit user who re-shared the video.

The clip opens to show a cat sitting in a huge bed which clearly belongs to the dog standing beside it. Initially, the pooch just keeps looking at the cat but then it slowly approaches the kitty, climbs onto the bed and sits on top of the furry creature.

Take a look at the chuckle-inducing video:


The video has been posted about seven hours ago. Since being shared, it has gathered tons of upvotes. In fact, till now, the video has accumulated nearly 17,000 upvotes and the numbers are only increasing. The share has also prompted people to post various comments. There were a few who also tried thinking what the cat could be thinking.

“Lmao cat trapped for eternity now,” posted a Reddit user. “The cat’s face at the end,” shared another. “I really should be mad at you, but this is way warmer now,” wrote a third. “The dog’s yawn at the end was great. Kind of a sophisticated boredom!” commented a fourth.