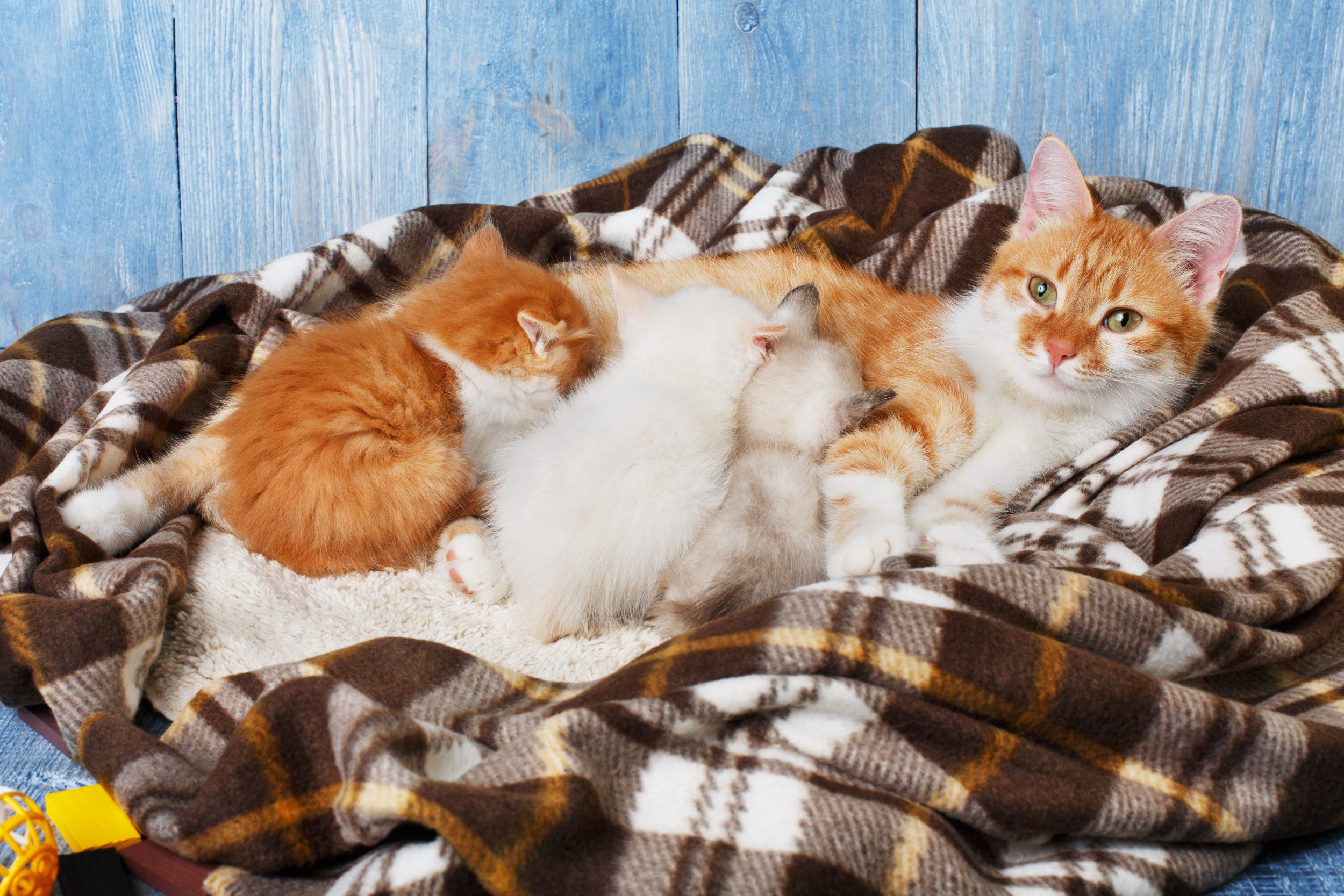 A woman’s sleep was interrupted by her cat who was too excited to wait until she was awake to show off her kittens as seen in a viral video shared to the Reddit forum “Aww.”

“Cat presents her newborns to her human mom,” read the title of the post, which was shared by u/vladgrinch and amassed more than 71,000 votes.

A cat is capable of naturally providing her kittens with what they need, but Cats Protection listed a few things an owner can do.

After a cat gave births, owners can expect their behavior to change slightly toward them.

“Cats are very protective of their kittens, so she might prefer you to keep your distance at first,” the piece stated.

In the sweet clip from what looks like a security camera, a woman is seen sleeping on a bed next to a pile of tiny kittens with collars on. Suddenly, mama cat bounds onto the bed before dropping a kitten on her sleeping owner’s face. The cat proceeded to walk across her owner’s chest, retrieve another kitten, and put it on the owner’s face as well.

The tired owner gently placed the kittens with their littermates on the bed before she ultimately went back to sleep.

Meanwhile, the cat stayed perched on her owner’s pillow and stared down at her as the video ended.

Viewers did not hesitate to take their thoughts about the video to the comments section.

“She is so offended when her human mom just piles them up and goes back to sleep,” a Redditor wrote.

Another commented, “The cat was looking like wtf human when she piled the little ones.”

Some jokingly suggested that the new mother was hoping her owner might be open to babysitting.

“I think cat mom was like ‘Take them. Do something. I wanna sleep too,'” one viewer commented.

“I fully [expected] the cat to ‘bop’ her human on the head as if ‘these are your mess human,'” wrote a Redditor.

Several adorable videos featuring cats introducing their kittens have graced the internet, including one that features a three-legged cat hopping up onto a bed with a kitten in her mouth. The cat placed the kitten on a blanket and joined her other kittens.

A video of a stray cat leading someone she trusts to her kittens also went viral on Reddit.

Another clip that showed the sweet moment that a cat introduced her kitten to a baby laying down on a mat went viral on TikTok.