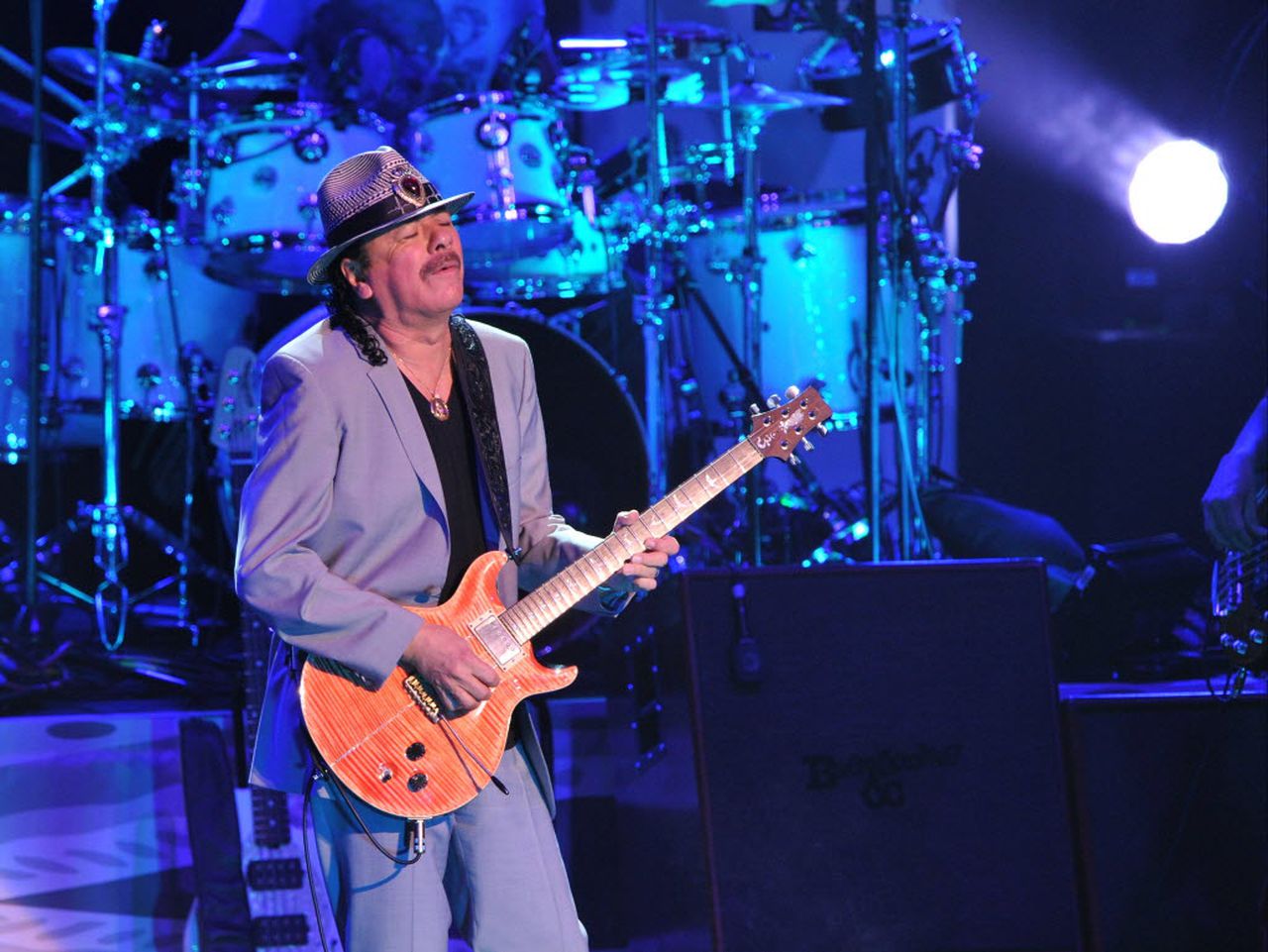 CLARKSTON, MI – Carlos Santana is updating fans on his condition after he collapsed on stage in the middle of a song at Pine Knob. It happened at Santana’s concert at the Michigan amphitheater on Tuesday, July 5.

The 74-year old collapsed on stage about 40 minutes into Santana’s set shortly after starting the song “Joy.” He was taken off on a stretcher and transported to McLaren Clarkston for observation.

“Thank you for your precious prayers. Cindy and I, we are good just taking it easy,” the legendary guitarist posted on Facebook overnight. “Forgot to eat and drink water so I dehydrated and passed out. Blessings and miracles to you all,” he added.

Santana’s manager adds the 10-time Grammy winner is doing well this morning and says the concert with Earth, Wind & Fire scheduled for tonight in Burgettstown, PA has been postponed.

Fans at Pine Knob say they were not sure what happened when Santana all of a sudden went down on stage.

“All of a sudden he just collapsed on stage and everyone stopped playing,” Stan Shedlowsky, who was at the show told MLive. “When it happened, no one knew what was going on. Some people wondered whether someone threw something at him or if he tripped over a wire. We weren’t sure what happened.”

An announcement was made to the audience about 10 minutes after the collapse asking for prayers and that the show would not be continuing.

“Everyone left in a pretty orderly fashion,” added Shedlowsky. “Considering what happened, no one seemed disappointed.”

Kid Rock left a ton behind at his former Detroit mansion: Here’s a tour