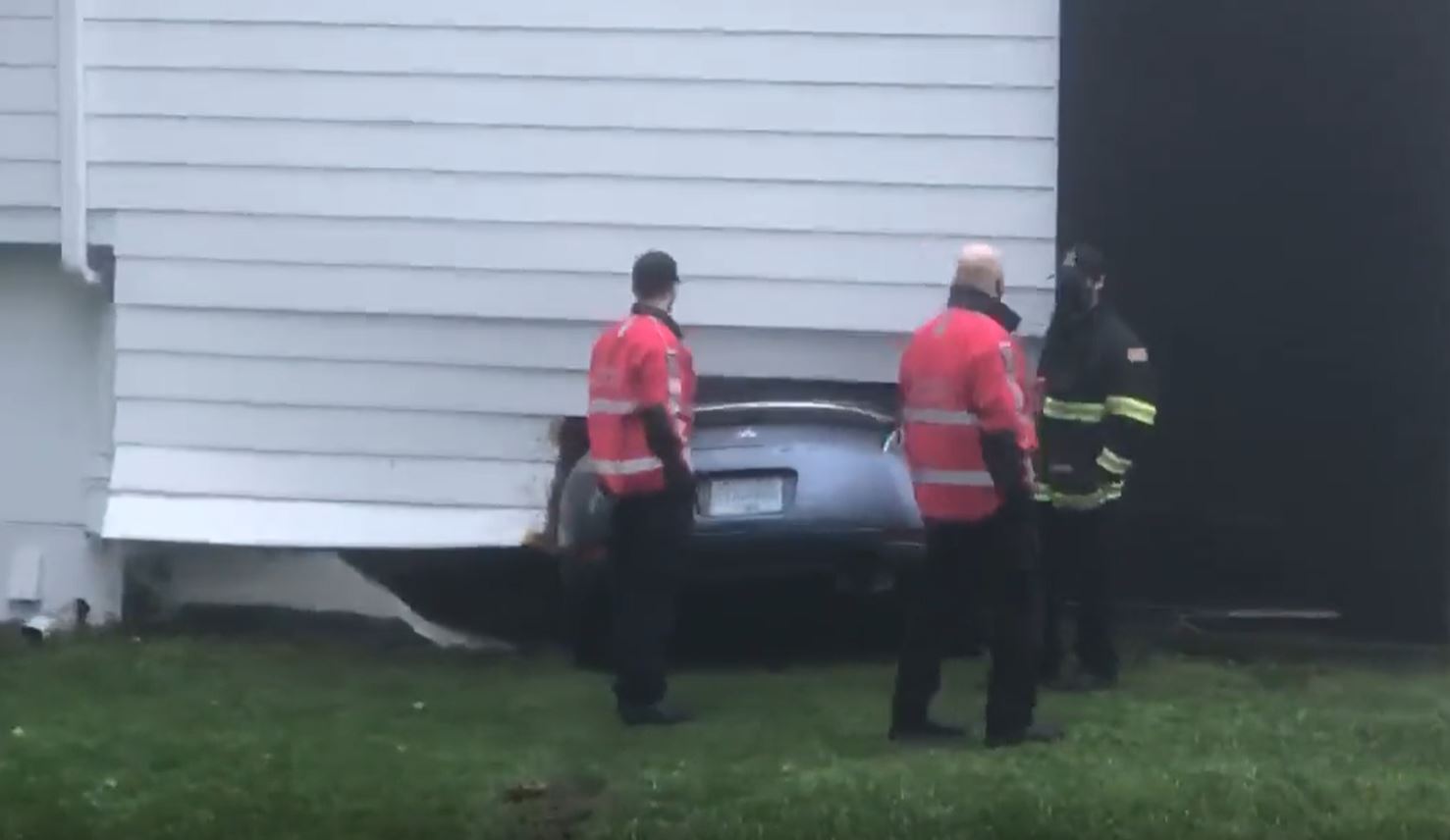 Nanaimo RCMP investigates after a car left the Old Island Highway on Sunday night and crashed into the side of a house, narrowly missing a young girl.

The car was traveling south on Highway 19A around 10:30 a.m. Sunday night when the driver lost control and crossed the highway on Highland Boulevard and crashed into a parked car before settling in the side of a house.

“The vehicle actually came to a stop about six feet from where the girl was in bed,” said Const. Gary O’Brien with Nanaimo RCMP.

The house is at the intersection of Highland Boulevard and Cosgrove Crescent. 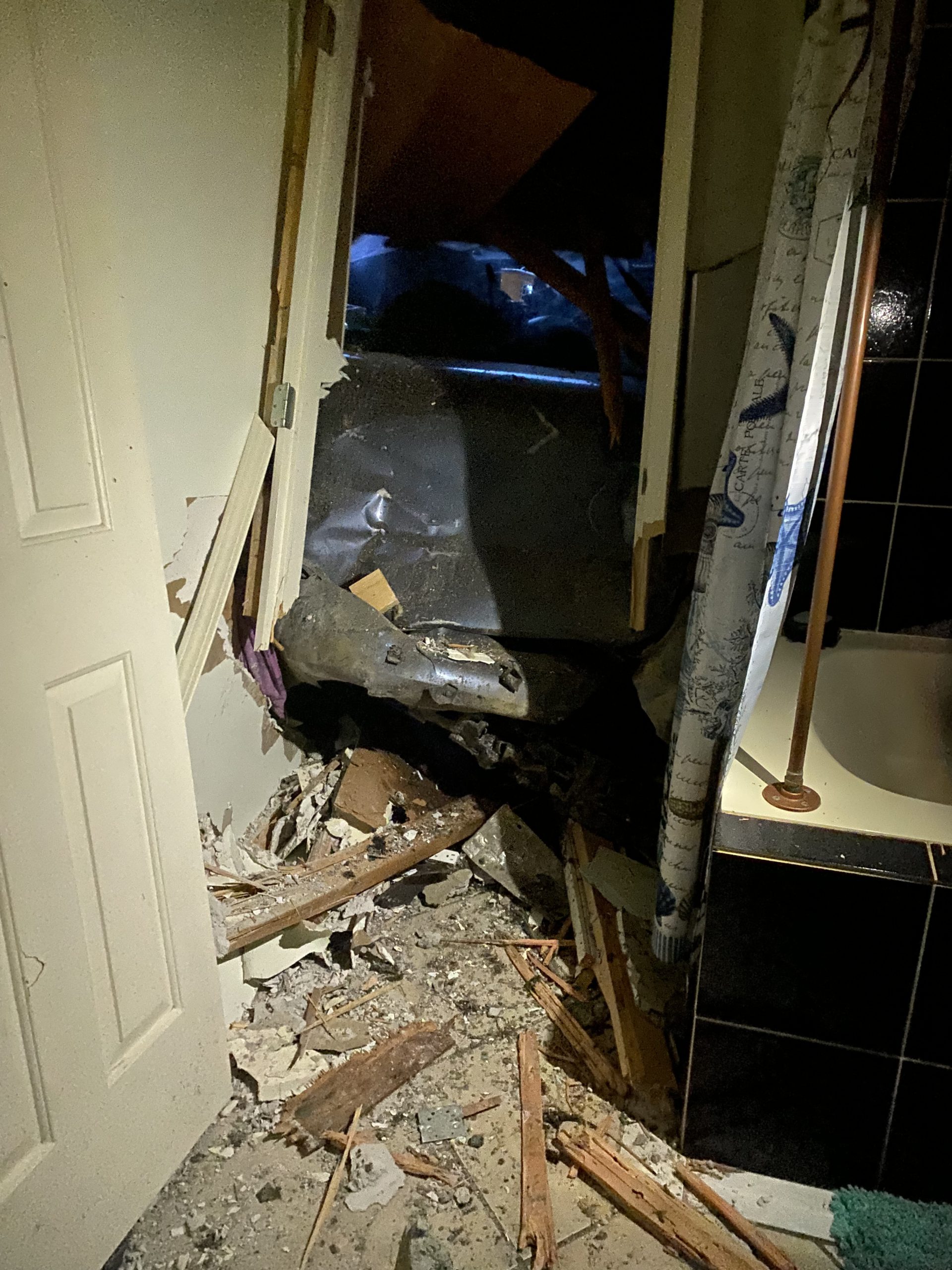 O’Brien says the woman who drove the blue Mitsubishi Eclipse was not seriously injured and RCMP has now opened an investigation into driving disorder.

Jeff Heaslip, the girl’s father, said he had just gone to bed when he heard the noise.

“It’s insane. It happened so fast that you don’t know what to think,” said Heaslip.

At first he thought a tree had fallen on the house, but when he went down the stairs he found the car and the debris on his daughter’s bed where she was.

“I grabbed her and told everyone to leave the house,” said Heaslip.

The Nanaimo house was found to be structurally out of order, so today an engineer will help evaluate the house. The house may need to be propped up before removing the car.

“Given the extent of the structural damage to the house, it’s amazing that no one was injured in this incident,” said O’Brien.

The BC Hydro and Fortis crews removed and shut down all utility lines to the house. 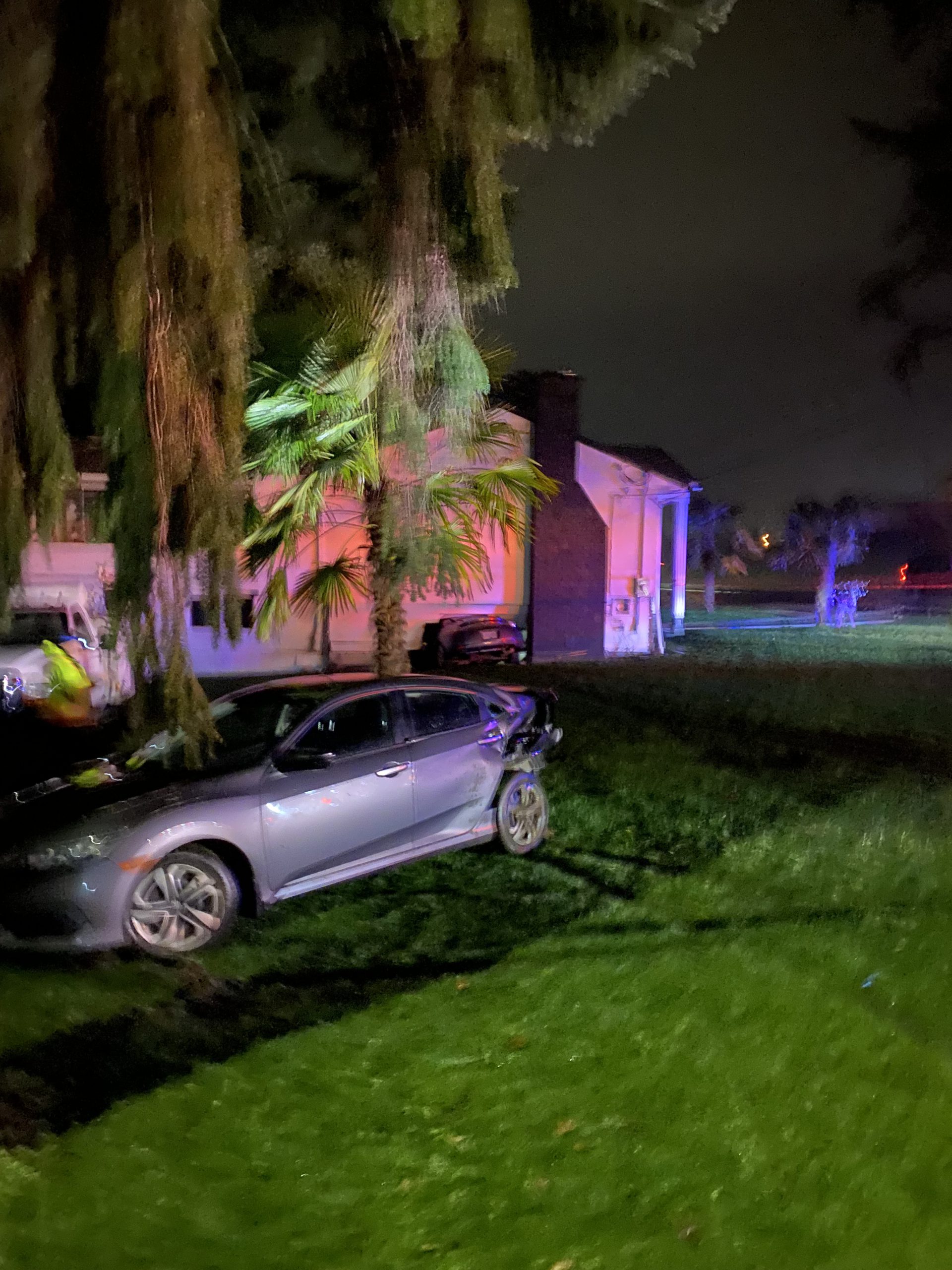 The family was given emergency accommodation in a hotel Sunday night.

Heaslip says his daughter is fine. 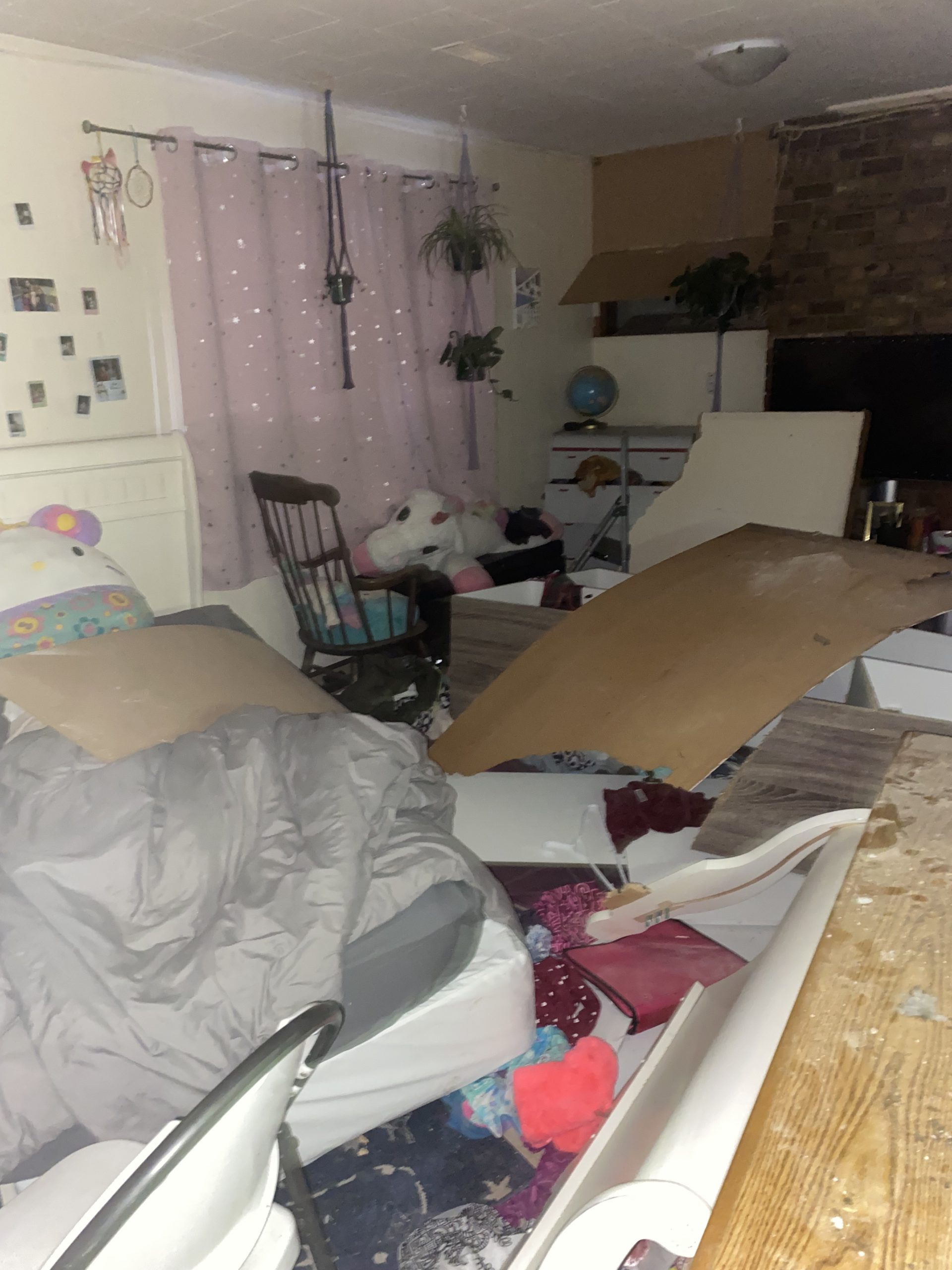