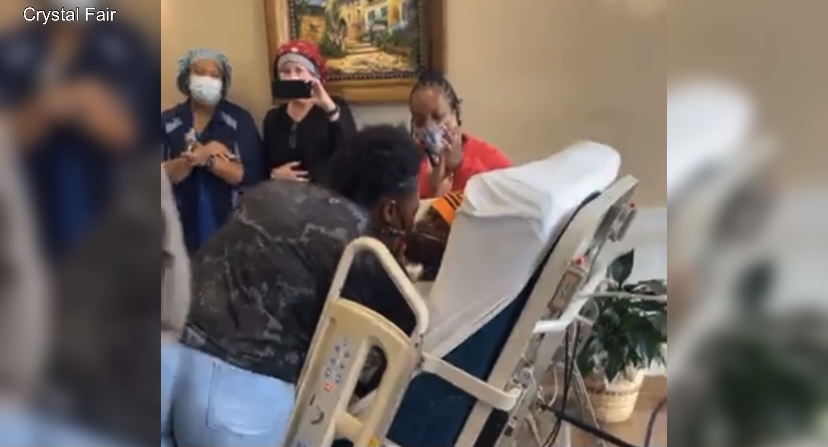 EVERGREEN, Ala. (WKRG) – An emotional day for Eric Turner last Thursday when he said “yes” to his new bride Shadoris Johnson Turner from his hospital bed in Evergreen.

“They actually got married in the hospital, which was a very sweet moment. Touching, but very cute, ”said Eric’s mother, Stephanie Fair.

Eric was diagnosed with synovial sarcoma in January 2018, which forced doctors to amputate his right arm.

“We never thought that cancer would be at our door at such a young age,” said his aunt Sophia Evans.

The avid hunter, 22, has undergone chemotherapy for the past three years to fight the spread, but the process involved removing part of his lungs.

“He wouldn’t be where he is today without the prayers,” said Evans.

Loved ones continue to pray for clear scans and healing, but for the past two weeks doctors have been speaking with family members about the need for hospice care, prompting the Evergreen Medical Center staff to grant Eric a great wish.

“I’m getting emotional now because Eric is my heart. This has been a very emotional journey for us, ”she said.

Eric and Shadoris surprised family members with a private ceremony last week. Family members say the battle is far from over, and they are grateful that the hospital staff had the heart to create such a special moment.

On Monday evening at 6:30 p.m., friends and family members meet for a prayer vigil in downtown Evergreen. The goal is for Eric to return to the MD Anderson Cancer Center in Houston in the coming weeks. Loved ones keep asking for prayers.