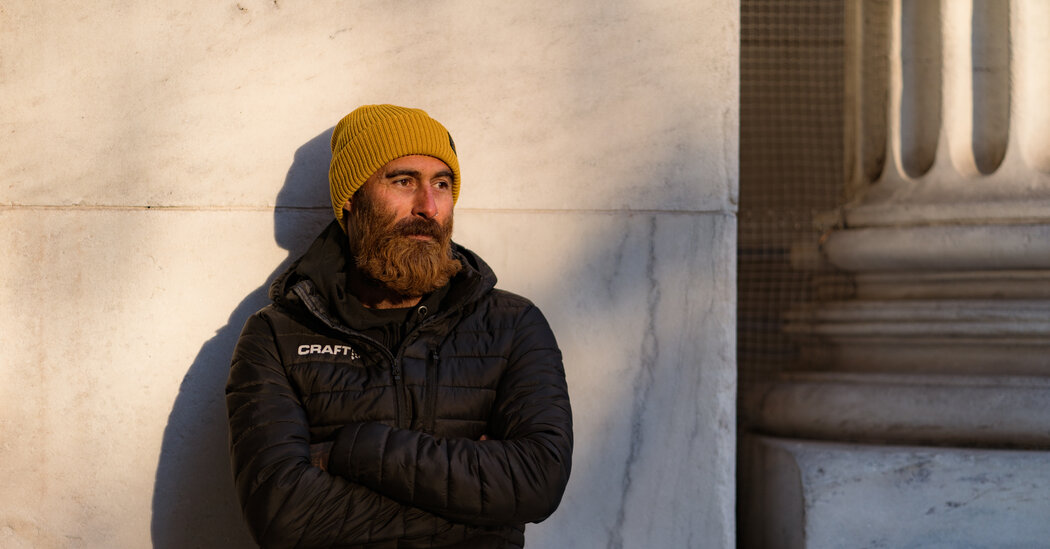 “All I’ve done, every move, has been a conversation with death,” he said. He compared these conversations to the ones he imagines when a driver picks him up from a party. “It’s like being dropped off at a New Year’s Eve party. You will be dropped off at 6am and the driver will come back at 8am. It’s like, ‘No, I don’t want to go’ and ‘You should be grateful that you’ve been here for two hours and had a great time’ which eventually leads to, ‘You can try to take me with you, but I’m not going . ‘”

He decided not to try the New York City Marathon as a race, not necessarily a comeback, or even an inspirational story. He started the race because it’s a beacon, he said, something he’s been looking at on the horizon for some time.

“A marathon, like any event, no matter how far the distance is, it is a stamp in time and space,” he said on the phone before the race. “It’s like a horizontal line on the side of a door frame in our parents’ house. It is a sign that says: ‘I am right here in this moment and in this room.’ “

He first arrived in New York City a few days before the race.

“I don’t think there is a place in the world that day that shines with more solidarity and cohesion and cooperation, strength and love and inspiration than New York City on the day of their marathon,” he said days before the start. “It’s magic. If there is such a thing, it looks and feels like it.”

On Sunday, he said, he was carried away by this magic. From bystanders who drew signs for him with sentences like “Eyes up, Rivs” and from people who jumped into the race to walk with him all day.

He didn’t measure his progress by mile markers, but by what he said, moving “point to point between these expressions of love and inspiration”.

For the last few miles, as Catudal joined him, he tried to focus his mind on something other than being fully present. It was just too daunting, he said.