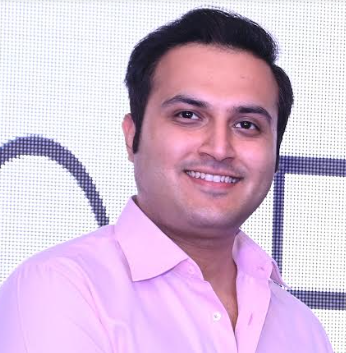 When it comes to lingerie, it’s true that beauty begins under the surface. The correct lingerie can have such a big impact on how you feel throughout the day. There are numerous lingerie boutiques that offer a seamless lingerie selection, allowing ladies to experience and immerse themselves in the beauty of intimate apparel. The manufacturers have a great assortment of underclothes that is perfect for modern-day girls and women who want the best of both worlds: comfort and value.

According to a Market Watch report, the Indian lingerie market is expected to grow at a CAGR of 13.13 percent between 2022 and 2027. The report further states that the lingerie is widely available in India’s freestanding and multi-brand retail outlets, which provide a diverse range of products under one roof with less sluggishness.

Lingerie has always been a popular topic of conversation. When it comes to health, however, there is uncertainty and doubts concerning the link between wearing a bra and an increased risk of cancer.

Breast cancer is a form of cancer that develops in the breast tissue. It can be identified by changes in the shape of the breast, lumps in the breast, fluid oozing from the nipple, and a dimpling or scaly region of skin. In India, it’s getting more widespread, especially among young women. Several rumors have circulated about bras and breast cancer. Thanks to the internet and email, these and other breast cancer misconceptions have gained traction in recent years. There are a few different versions of the tale, but the most prevalent ones involve underwire, ill-fitting bras, and so on.

Breast cancer is surrounded by many misconceptions. One common misunderstanding is that wearing an underwire bra prevents lymph fluid from draining back into the body and compresses the lymphatic system, causing toxins to build up in the breast and the development of breast cancer. This claim is based on no scientific evidence.

Is Wearing Bra to Bed Cause Cancer

Sleep is necessary for both your physical and mental health. A good night’s sleep is crucial for your overall health. Your clothes, particularly your bra, might impair your sleep at night for a diversity of reasons. Some people believe that wearing a bra at night is appropriate, while others believe that it is not. There are numerous notions surrounding the use of a bra while sleeping.

The notion of wearing a bra to bed or for an extended period of time can cause breast cancer by closing the skin’s pores. Toxins and sweat build up as a result, which can lead to breast cancer. But the fact is that these ideas have been debunked by prominent cancer experts and scientists. Breast cancer is caused by a lack of breastfeeding, old age, hereditary, lack of childbearing, particular eating patterns, obesity, and an increase in specific hormones. There is no evidence that wearing a bra causes breast cancer, hence these breast cancer and bra stories are yet to be proven.

Views expressed above are the author’s own.