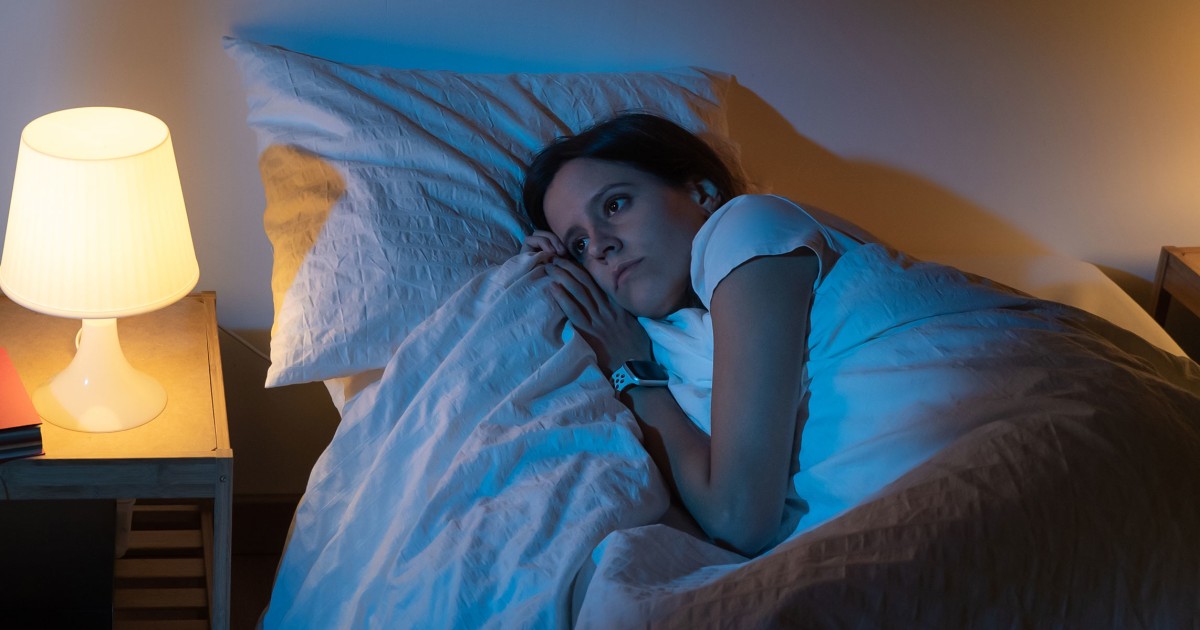 A recent TikTok is gaining traction for the possible solution it may offer people with a common sleep problem: waking up in the middle of the night and not being able to fall back asleep.

In the video, Scott Beyer, DC (doctor of chiropractic), who’s certified by the American Chiropractic Neurology Board, hypothesized that two adrenal hormones may be behind waking up in the night and being unable to fall back asleep: cortisol and adrenaline.

Cortisol regulates blood sugar, but it also gets released at higher levels when you’re under stress, Beyer explained in the clip. Cortisol levels should be rising much of the time while you’re sleeping and peak in the morning. But, according to Beyer in the video, if you’re under stress, your “cortisol rhythm becomes blunted and flat,” which Beyer said may cause adrenaline to be released while you’re sleeping. He called adrenaline a “huge central nervous system stimulant.”

Beyer then suggested an unconventional sleep hack: eating close to bedtime (and again when you wake up) for a couple of weeks. He believes that it will work for some people because it will “take a load off of the demand for blood sugar regulation, and over time, people can actually start sleeping soundly throughout the night.”

But what do other sleep experts think?

Should you eat before bed to avoid waking up at night?

dr Andrew Varga, neuroscientist and physician at Mount Sinai’s Integrative Sleep Center, told TODAY that he wouldn’t necessarily recommend Beyer’s solution. “That being said, I can’t specifically refute this hypothesis,” he added. “It’s an interesting idea, and I think it would have to be tested in a really rigorous way.”

“I think that there’s a couple of reasons why sleep doctors would ordinarily suggest that it’s not a great idea to eat too close to bedtime,” Varga continued. First, eating close to bedtime may not allow food the proper time to digest.

Second, Varga explained that there are several signals that the body responds to in an effort to promote wakefulness, primarily light and food. While eating right after waking up in the morning makes sense to wake up the body, eating before bed can also make you more awake.

“Any time you ingest something, you’re essentially telling part of your body that now’s the time to be awake. It’s kind of a wake-promoting signal,” Varga said. Another reason Varga usually does not recommend eating before bed is because of its disruption to the body’s circadian rhythm, the internal process that repeats every 24 hours and regulates the sleep-wake cycle.

“If you eat X amount of carbohydrates … in the middle of the day, you can expect Y degree of a blood sugar spike after that,” he explained. “Whereas if you eat that same exact amount … at 1 in the morning, something different happens. You actually get a much bigger spike in the glucose afterwards because it’s not in sync with the body’s circadian rhythm.”

“Eating closer to bedtime can prevent nocturnal hypoglycemia (low blood sugar), which could cause a person to wake up, but (it’s) uncommon,” Motz said. “What is more likely to happen is a patient will have symptoms of (gastroesophageal reflux disease) as they lay down with a full stomach.”

Beyer told TODAY that he agrees with Varga and Motz’s advice that most patients should not eat close to bedtime. But he still believes that some people who are stressed to the point that it affects their cortisol levels overnight may benefit from his tip. He emphasized his approach is not for everyone and only applicable in specific cases.

“Everyone has their own unique physiology,” he said. “What I find in some individuals is one of the ways that people can wake up in the middle of the night is when this whole stress system is taxed.”

He also emphasized that stress itself, if it’s the underlying cause of the sleep issues, must be addressed first and foremost, and that people should go back to not eating before bed after a few weeks once they’re sleeping better.

Beyer, who just joined TikTok in the past couple of weeks, added it’s impossible to fully communicate medical advice a minute and a half, and people should not be blindly following advice they see on the app — from him or anyone else.

If you have any concerns or questions about your own sleep patterns, consult your health care provider.

Other tips to avoid insomnia

Waking up in the middle of the night and not being able to fall back asleep can often be attributed to one of two disorders, Varga said: disorders of breathing or disorders of movement.

The former may include snoring and sleep apnea, while the latter includes twitching of limbs, often legs, whether voluntary or involuntary. A first step is to see a health care provider who can conduct tests to try to get to the root of the problem, Varga said.

He also recommended simply waiting 15 to 20 minutes to see if you’ll naturally drift back to sleep. But if that doesn’t work, he suggested leaving the room and doing relaxation activities before returning to bed.

“If this becomes a pattern where it’s happening night after night, the brain, even on a subconscious level, starts to associate the bed itself and the bedroom with not sleeping and these feelings of frustration you’re having because you’re not sleeping, ” Varga explained.

Beyer also advised working on stress reduction techniques in order not to have to use his sleep hack in the first place. He also suggested assisting your circadian clock by modulating your light exposure before bed and right when you wake up, specifically dimming lights in the evening and stepping into sunshine first thing in the morning.