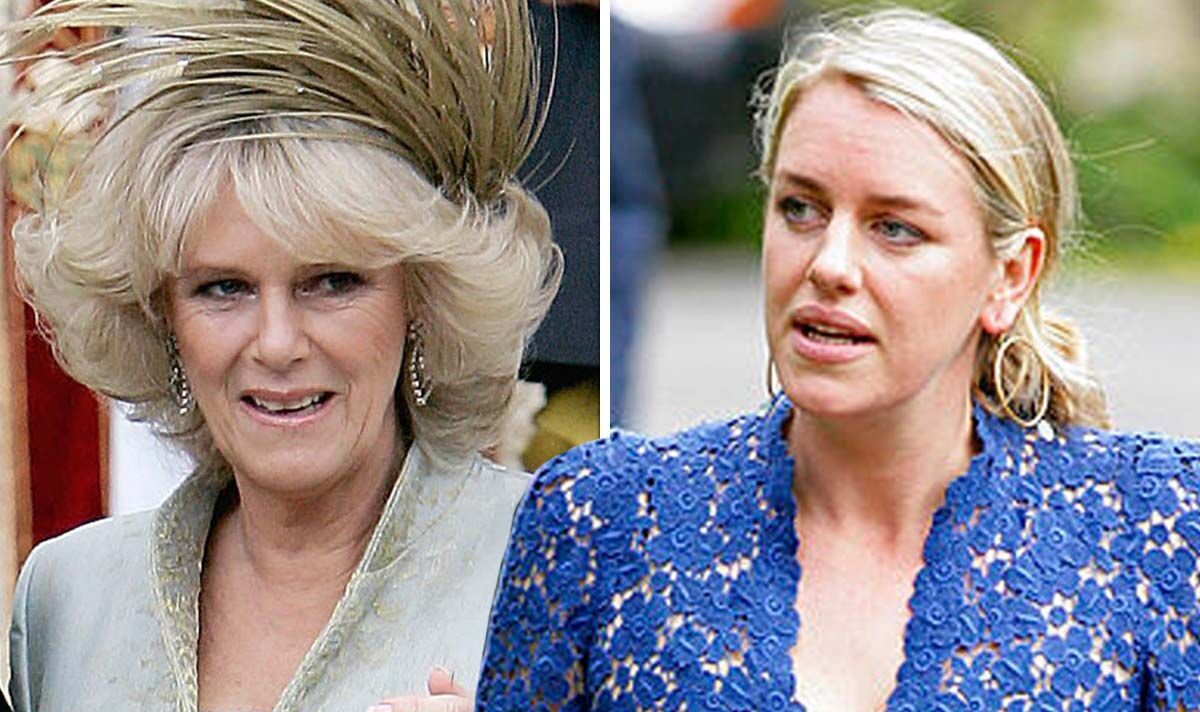 Camilla, Duchess of Cornwall celebrates her 75th birthday on Sunday. The royal is marking the milestone with a number of special projects including guest-editing a special edition of Country Life, taking part in an insightful documentary and appearing on the cover of Vogue. For the magazine cover, she enlisted the help of her daughter-in-law Kate, Duchess of Cambridge, who photographed Camilla at her country home in Wiltshire.

The Duchess also sat down for a rare interview with the publication, during which she addressed the intense media scrutiny she was subjected to when she first entered the Royal Family.

She said: “It’s not easy. I was scrutinized for such a long time that you just have to find a way to live with it.

“Nobody likes to be looked at all the time and, you know, criticized and … but I think in the end, I sort of rise above it and get on with it.”

Camilla endured years of criticism during the Nineties after details of her relationship with Prince Charles came to light, and she was subsequently blamed for the breakdown of the heir’s marriage to Diana, Princess of Wales.

READ MORE: Camilla battled to win public’s hearts by trying to be a mirror of the Queen

Camilla’s daughter had to ‘coax her out of bed’ on her wedding day to Charles. (Image: Getty Images)

Camilla and Charles got married in 2005. (Image: Getty Images)

Details of Charles and Camilla’s relationship came to light when a transcript of their private telephone conversation was leaked to the press.

The intimate exchange reportedly had Princess Diana in “fits of giggles”. Find out why HERE.

Following the Prince and Princess of Wales’ divorce and later Diana’s tragic death, Charles and Camilla kept their relationship relatively lowkey. The pair did not make their first public appearance until 1999, when the prince threw a party for the Duchess’ sister.

It was not until 2005 that Camilla had to be at the center of a royal event – ​​her wedding day.

The Duchess was said to be so “terrified” that four people had to “coax her out of bed”, including her sister, Annabel, and her daughter, Laura.

In her book ‘The Duchess: The Untold Story’, Penny Junor wrote: “Camilla was not well on the day of the wedding. All that week she had been at Ray Mill suffering from sinusitis.

Ms Junor continued: “On the day itself it took four people to coax Camilla out of bed.

“She still wasn’t feeling well, but now it was nerves more than sinusitis that kept her under the duvet. She was terrified.”

Ms Junor explained that Camilla’s sister threatened to put on the Duchess’ clothes, before the bride-to-be finally got out of bed.

Both Charles and Camilla’s children were at the wedding. (Image: Getty Images)

She added: “She [Camilla] looked endearingly frightened when she stepped out of the car with Charles and waved briefly before disappearing into the Guildhall at Windsor, but it was clear the crowd was on her side.”

On the morning of April 9, the streets surrounding Windsor Castle were thronged with people wanting to send their well-wishes to the newlyweds.

Charles and Camilla got married in a civil ceremony, a decision made to avoid potential controversy sparked by their respective divorces.

Both Charles and Camilla’s children were at the ceremony, along with a small selection of close friends.

Camilla is close with both of her children — Tom and Laura. (Image: Getty Images)

The Queen and Prince Philip did not attend as the monarch had bowed out because of her role as head of the Church of England, which discourages divorce. Her prominent role meant she would have had to uphold the Church’s values.

Their union was then blessed in a service at St George’s Chapel, which was attended by both the Queen and the Duke of Edinburgh. The couple then held a reception for Charles and Camilla at Windsor Castle, showing that they very much approved of the marriage.

Since her wedding, Camilla has been a dedicated member of the Royal Family, carrying out public engagements, supporting the Prince of Wales in his duties and representing Queen Elizabeth II.

She has championed what were once ‘taboo topics’ and tackled subjects that seemed off limits for royals of the past.

Camilla delivered a speech at a Violence Against Women and Girls event in June. (Image: Getty Images)

The Duchess has worked hard to win over a reluctant public, with feminist author Julie Bindel arguing her likability stems from her authentic approach to charity work.

Appearing on Good Morning Britain this week, Ms Bindel said: “Camilla is someone who takes her charitable work really seriously…

“Camilla actually advocates the more stigmatized issues such as rape, sexual assault, sexual abuse and everyone I know that has met her… say that she is genuine.”

Her biggest – and perhaps most important – endorsement came earlier this year when the Queen declared that it was her “sincere wish” that the Duchess be named Queen Consort once Charles becomes king.

The Queen showed her support for the Duchess of Cornwall. (Image: Getty Images)

In her Accession Day statement, the monarch said: “I remain eternally grateful for, and humbled by, the loyalty and affection that you continue to give me.

“And when, in the fullness of time, my son Charles becomes King, I know you will give him and his wife Camilla the same support that you have given me; and it is my sincere wish that, when that time comes, Camilla will be known as Queen Consort as she continues her own loyal service.”

‘The Duchess: The Untold Story’ was written by Penny Junor and published by William Collins in 2017. You can purchase it here.