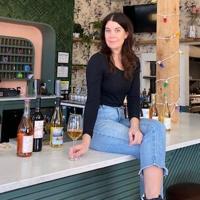 In May, I told you about the most exciting new way to share a bottle of wine (or two) with friends in East Nashville back then: The opening of Kate Cunningham’s By the Bottle wine bar next to Urban Cowboy.

The new little wine bar was a great success, says Cunningham, and she is grateful for the feedback it has received. But most of the space there on Woodland Street was outside, so By the Bottle has a new space in the works after six months. From this Friday, December 3rd, By the Bottle will open inside The bar at Vandyke Bed and Beverage in east Nashville.

The new spot is only half a mile from the old one, and that was on purpose, says Cunningham. “When we had to change something for the winter, we wanted to stay close, ”she says. “We built such a loyal following this summer.”

The new location at the beverage-themed boutique hotel in Five Points is kind of a homecoming for too Cunningham. She was one of the bar’s original bartenders when it opened in 2019. Other pop-ups and residences have graced Vandyke’s kitchen and bar (including Setsun East and St. Vito Focacciaria) and Cunningham believes their natural wine will continue the tradition of good food, wine, and conversation.

“It is so Nice inside and cozy inside – it’s kind of like rumors, “she says, referring to her sister’s now-closed (RIP) bar and restaurant in East Nashville, where Cunningham started out. “It’s homey and cozy, and I think it’s going to be a great place.”

The new iteration of By the Bottle will build on the success of this summer. There will be a changing selection of natural and sustainable wines, available both by the bottle and by the glass, as well as cocktails, beer and some non-alcoholic options. Fridays, Steven Anthony’s Pizza Lolo will light cake.

“My second love, besides wine, is food, so we’re all about taking over kitchens and we hope to start some fun culinary collaborations once we’ve settled in,” she says.

By the Bottle will open in Vandyke this Friday, December 3rd. The Pizza Lolo popup will only be on Saturday (December 4th) this week and on Fridays after that. (If you are confused, follow Message in a bottle on Insta and stay up to date on the schedule.)

Full bottles are not offered for take away as Vandyke is so close Forest wine merchants, Cunningham’s former employer, and the East Nashville OG wine store. Cunningham hopes people will come to taste wines in a friendly, cozy setting at By the Bottle and then buy their favorites for home in the Woodland. “We believe we can create a place where people can gather and hang out.”

The opening times are: 4 pm-10pm Tuesday, Thursday; 4 p.m. – midnight Friday –Saturday; Sunday 2-8pm. Happy hour runs Tuesday through Thursday from 4:00 p.m. to 6:00 p.m. (that’s $ 5 per glass of wine, at the retailer’s option). The entire bar is also available for full and partial purchases for private parties, wine tastings and other events.