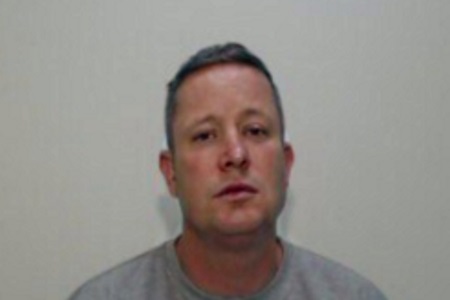 A man subjected a “truly vulnerable” young woman to a horrific sexual assault after invading her home while she was sleeping.

Richard Bradley, aged 45, of Burns Avenue, Bury, crept into his victim’s bedroom in the early hours of August 15 last year, touched her breasts and rubbed his private parts on her face and lips.

Minshull Street Crown Court heard how the victim, who has learning difficulties, awoke to be confronted with the terrifying sight while in bed at her home near Bury town centre.

Matthew Curtis, prosecuting, said: “She woke and said a boy, her words, was stood in the bedroom near the conservatory.”

He added: “She said, in her words, he was messing with his privates.”

Mr Curtis told the court how Bradley, who had been drinking earlier in the evening, had been able to get into the victim’s house because she and her carers had been expecting workmen to repair the bathroom and had left the door unlocked.

After creeping into the bedroom, Bradley put his hands up his victim’s pajama top and sexually assaulted her.

According to the victim, he seemed “angry” at the time.

Police were called and Bradley was arrested shortly afterwards, responding “fair enough” when the caution was read to him.

Mr Curtis said the victim’s “vulnerability and innocence had been exploited” and that she still suffers flashbacks.

He said that the “truly vulnerable young woman” had hoped to live a semi-independent life by moving into her own home but this has now been jeopardized by Bradley’s actions.

Nicola Carrol, defending, told the court that Bradley was “genuinely devastated” by his actions and that his guilty plea had saved his victim the ordeal of being brought to court.

She also said that Bradley was himself vulnerable due to a brain injury he had suffered in 2015.

But Judge Tina Landale ruled that Bradley’s crimes were not linked to his impairment and sentenced him to a total of two years and six months in prison.

A restraining order was made preventing him from going with 200 meters of his victim’s home.