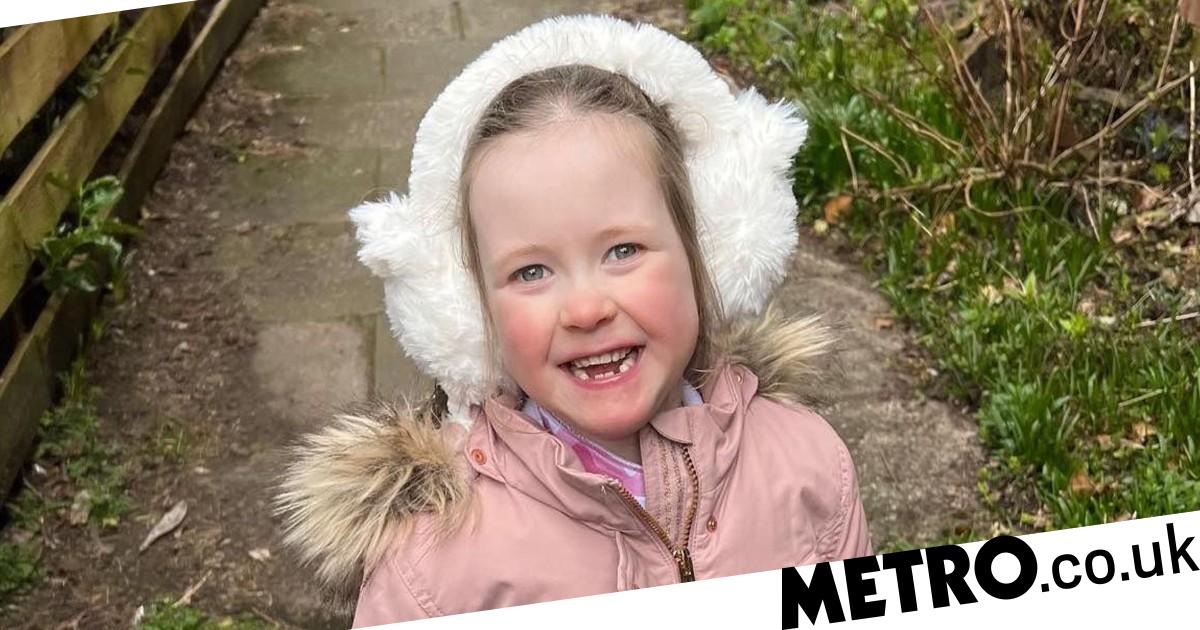 A dad has revealed his heartbreak after his young daughter died suddenly just hours after he tucked her into bed.

David Hutton described Isla, six, as ‘the happiest little girl you could have ever met’.

David, 38, took Isla out earlier in the day, recalling the sound of her laughter as they walked up and down an escalator, one of her favorite things to do.

But later during bedtime, David, from Bury, said he immediately knew something was wrong.

‘She climbed into bed but wouldn’t settle down,’ he told the Manchester Evening News, adding that he knew ‘something wasn’t right’.

Isla was rushed to hospital but tragically died on October 8 last year.

Her cause of death remains unclear but it is believed she could have suffered a heart attack or seizure due to a pre-existing condition.

The schoolgirl was diagnosed at birth with Long QT syndrome or LQTS – an inherited heart condition that results in an irregular heartbeat.

It is a leading cause of sudden cardiac death in young, otherwise healthy people, according to the NHS website, and is thought to affect one in 2,000 people, many of whom do not display symptoms.

The condition meant Isla’s heart muscle took longer than usual to recharge between beats, putting her at risk of sudden fainting.

She could also have up to 20 seizures a day.

Doctors quickly identified a problem with Isla’s heart and at two days old, she was transferred to Alder Hey Children’s Hospital in Liverpool for a pacemaker to be fitted.

She spent almost a year in hospital before being allowed home just before her first birthday.

David gave up his job as a primary school teacher to care for his daughter full time.

‘It feels like yesterday that she would come and climb on my knee, yet it feels like a lifetime ago,’ he said.

‘I can see the impact she had on other people and it’s been comforting.

‘I was by her side in hospital the whole time. Time seems to flash by but it was like slow motion. I wouldn’t have wanted her to be suffering.

‘If she came back around, I wanted her to still be the happy little girl she was. She was the happiest little girl you could have ever met.’

During her short life, Isla made a great impact on the world.

She became a mascot for a company working to treat conditions including Long QT syndrome, helping to raise more than $15million for drug research in the US.

To view this video please enable JavaScript, and consider upgrading to a web browser that supports HTML5 video

The charity funded four surgery camps in India hosted by Healing Little Hearts, an organization that provides free heart surgery for babies and children in the developing world.

‘While bittersweet, it is a huge comfort to me knowing that Isla’s story has inspired a potential cure for Long QT and is helping in the battle against cancer,’ David added.

‘She may go on to save countless lives.’