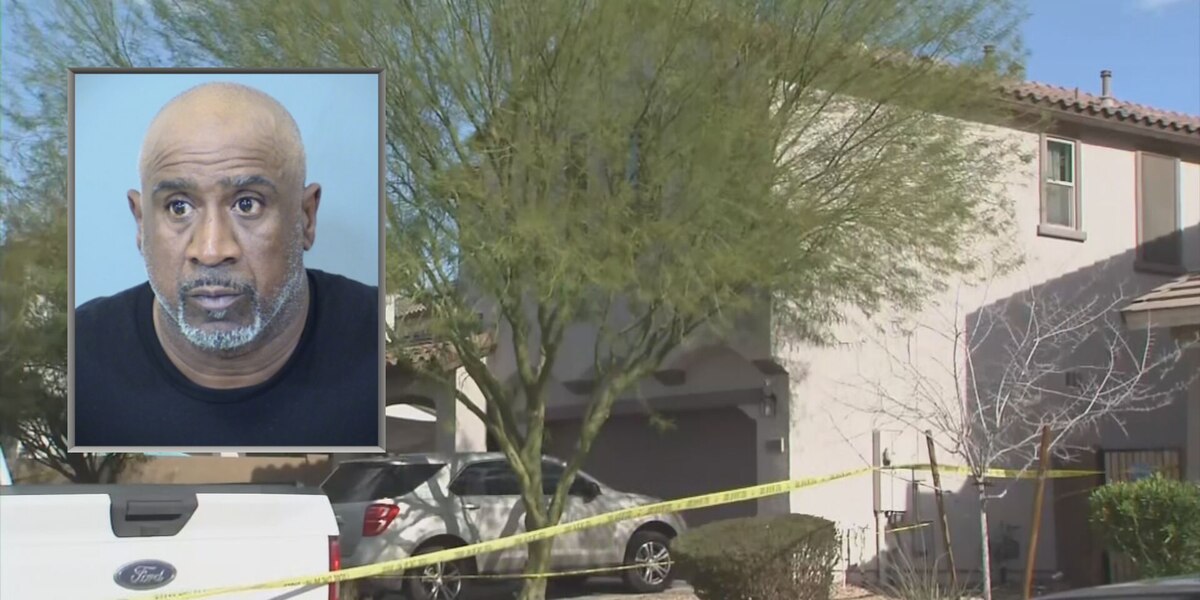 BUCKEYE, AZ (3TV/CBS 5) — New court documents say a Buckeye husband who shot and killed his wife on Tuesday morning while she was in bed is claiming self-defense. The new paperwork just released says 54-year-old Hercelyn Robert Mayo told police he was having an ongoing fight with his wife, 52-year-old Charon Mayo, that started on Saturday and was getting worse. She said she wanted a divorce, but Hercelyn wanted to stay married. Hercelyn told investigators early Tuesday morning he noticed Charon’s gun wasn’t on his nightstand as usual. So as he was getting ready to leave, he asked her if she had a gun or a weapon for him. Hercelyn claims Charon didn’t respond and scooted over toward the edge of the bed. According to court paperwork, Hercelyn told police his wife reached toward the area between the box spring and the mattress for what he thought was a gun, so he fired his gun from the doorway across the room.

However, investigators said Hercelyn’s story doesn’t jive with the forensics. They claim the blood spatter on his shirt was consistent with him being close to the victim when she was shot. They also said casings weren’t found by the doorway, and it appeared Charon was shot within a few feet of the shooter. She was also lying on her side under the sheets and comforter “as if she was asleep or preparing to go to sleep,” detectives said in court documents.

After the shooting, police said Hercelyn went to his son’s house. Since he couldn’t wake him up, Hercelyn drove to his brother’s house, where he successfully woke him up by ringing the doorbell. Police said Hercelyn told him to come with him because he “did something bad,” and the two went to the police station around 5:45 am That’s when Hercelyn admitted he shot his wife, who was still at the house, police said. Officers went to the house and found Charon dead. Hercelyn was booked into jail on a charge of first-degree murder and possessing weapons even though he’s a prohibited possessor because he has prior felony convictions.