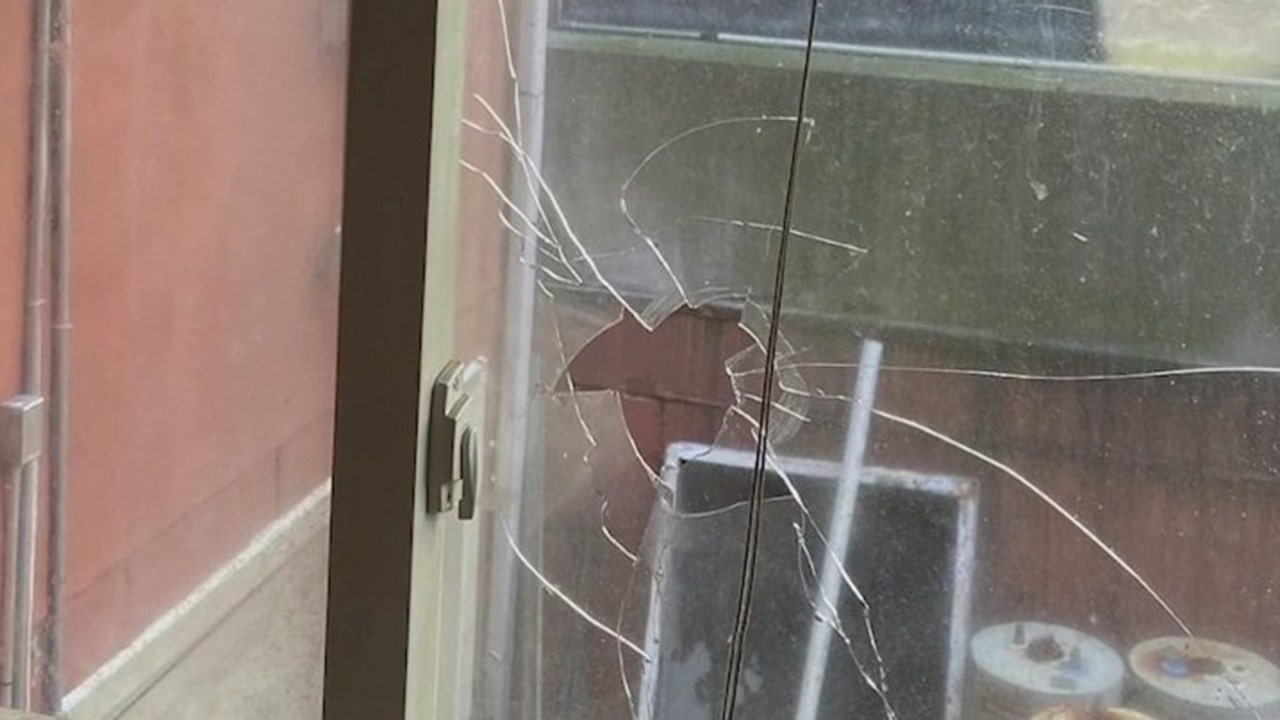 A Brooklyn woman was shot in her own bed but she wasn’t the shooter’s intended victim. A stray shot punched through her bedroom window and hit her in the hand.

NEW YORK – A woman sleeping in her bed was shot when a bullet punched through her bedroom window in Crown Heights in the middle of the night, according to police.

The victim was struck at about 1:19 am in the left hand between her third and fourth fingers. The bullet then lodged in the wall.

The woman’s husband told FOX 5 NY’s Lisa Evers that he was watching a movie in the living room when suddenly his wife rushed in screaming for help, saying her hand had “exploded.”

The victim was rushed to Kings County Hospital in stable condition. Doctors told her the bullet fractured her hand and that she would need to undergo reconstructive surgery next week.

Get breaking news alerts in the free FOX5NY News app! | Sign up for FOX 5 email newsletters

A stray bullet entered through an apartment window in Crown Heights and struck a woman lying in bed, shattering her left hand, police and her husband said.

Police said the woman was not the intended target of the gunfire, which came from the rear of the building at Dean Street and Troy Avenue. The bedroom faces the alleyway.

Cops asked for help from the public to find the gunman. Anyone with information was encouraged to contact the NYPD Crime Stoppers at 1-800-577-TIPS.

Despite new police initiatives, shootings in the city rose last week compared to the same week in 2021. The number of shooting victims increased by nearly 35% and shooting incidents rose by about 17%, according to NYPD statistics.

A woman was shot in the hand while lying in bed in the middle of the night. The bullet came through a window. (FOX 5NY)