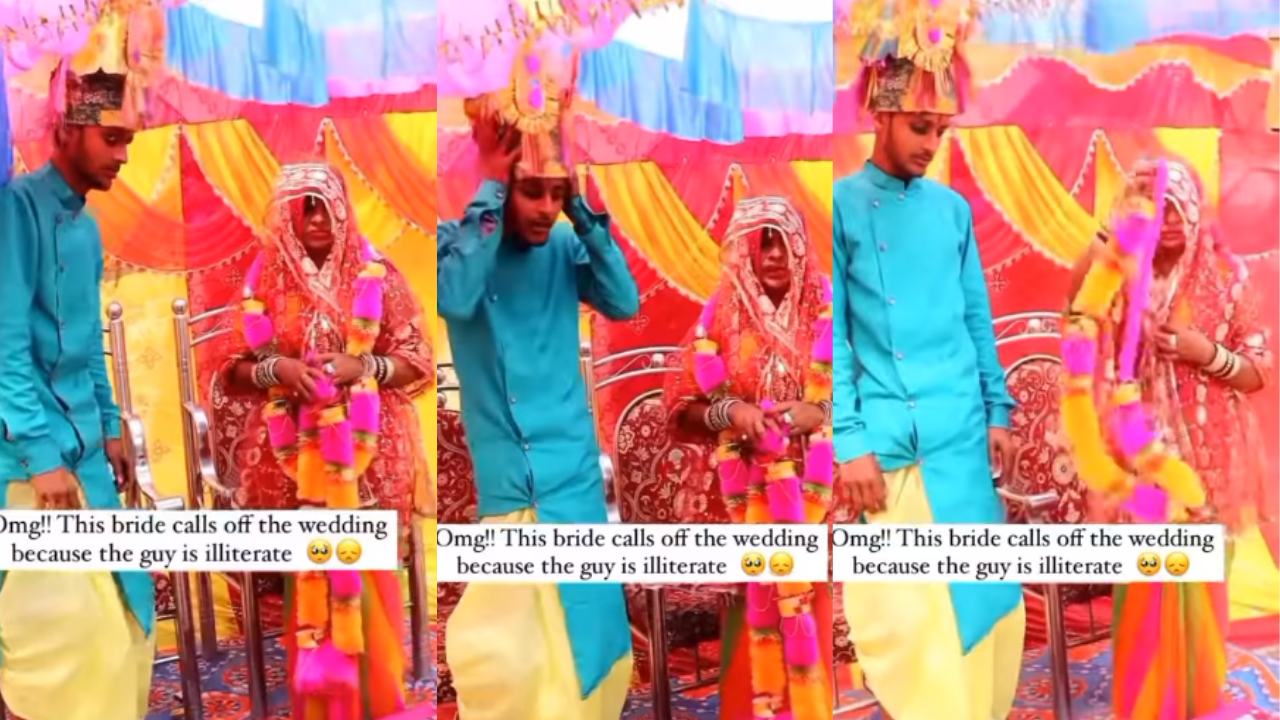 A video of a bride calling off her as her groom was not educated has gone on social media.

After the groom has put the jaimala around the bride’s neck, she refuses to put hers around the groom’s neck.

When someone tries to convince her to marry, she says that she is pursuing B Ed and she wants to marry a man who can converse with her in English.

Man signs girlfriend up for ‘etiquette class’ before meeting his parents

“I am an educated person. I’m pursuing B. Ed. He’s completely illiterate. Can I stay happy with him? You tell me? I cannot marry him,” the bride is heard saying.

A man from the crowd asks her why she didn’t refuse to marry earlier, she replies that her father was forcing her to marry the man for the sake of money.