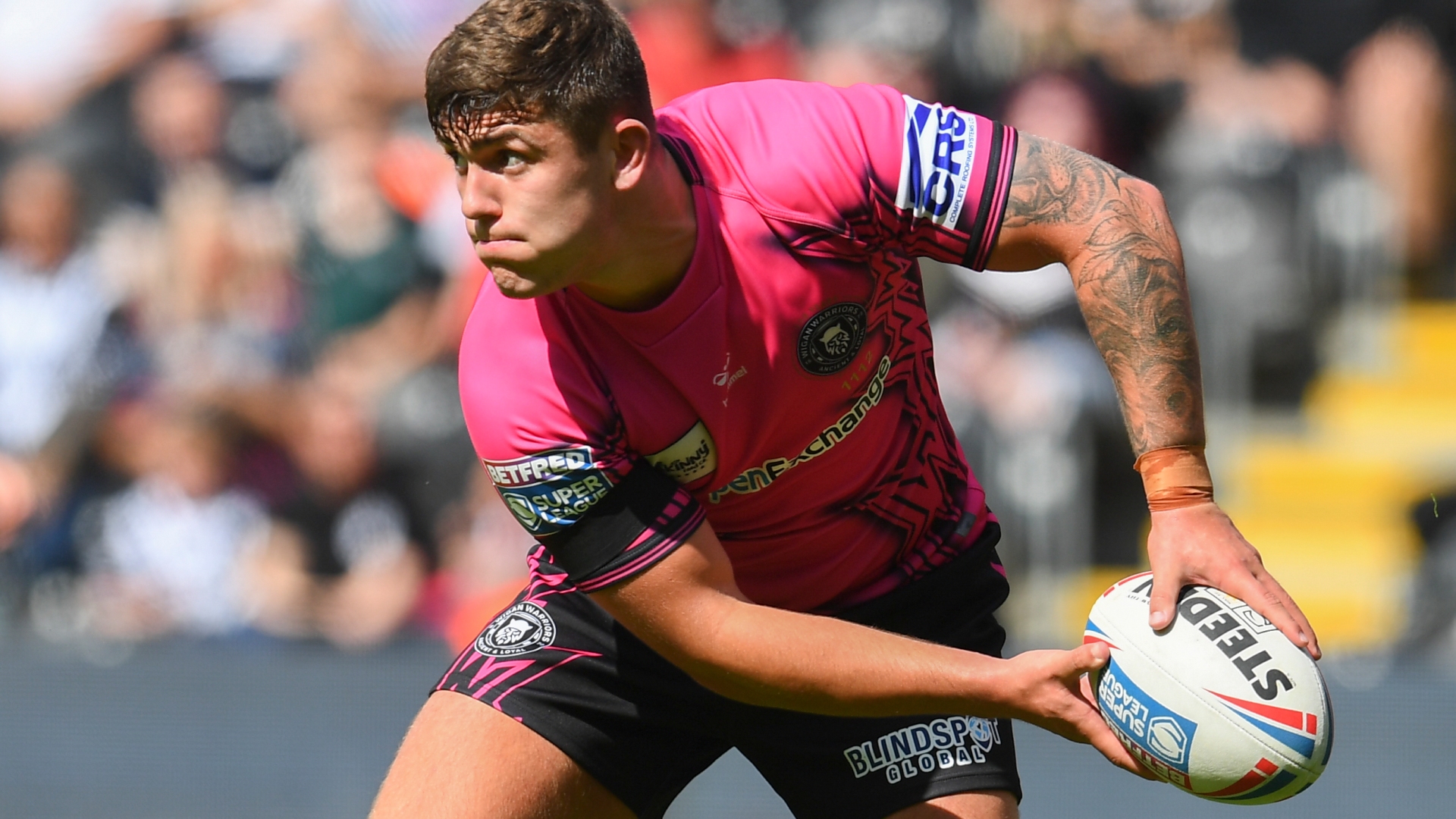 BRAD O’Neill can go from intensive care bed to Challenge Cup final winner after revealing just how close he came to serious health issues because of injury.

And Oliver Russell is set to be given today to prove his hamstring is up to helping Huddersfield towards glory.

Wigan hooker O’Neill aims to inspire the trophy back to the club it seemingly belonged to after a nine-year gap on Saturday.

Triumph at Tottenham would be a long way from a Cardiff bed after unknowingly slicing open his liver while playing for England’s Under-15s.

An injury he played on with and one his father Terry thought he could drive him back to Manchester in his car with!

“I played for England’s Under-15s against Wales at Cardiff and I lacerated my liver and broke two ribs. That was a pretty bad one.

“I was in intensive care for five days and in hospital for two weeks. The liver injury is one of those you have to get as early as possible.

“After I did it, I wasn’t feeling too great but actually went back on – after the game, my dad wanted me to lie down in the boot and he’d drive back to Manchester.

Most read in rugby league

“But my mum and England rushed me straight to Cardiff hospital and I was straight into intensive care. That was some experience.

“Your liver, though, is one of the few organs that can repair itself. I lay down for five days with no movement, then even a couple of days after coming out it was slowly getting back on my feet, standing up then walking, bit by bit.

“It’s a good job my mum won the argument rather than my dad though!”

O’Neill’s rise through the ranks was helped by Sam Powell’s six-match ban for an awful challenge on St Helens’ Jon Bennison in Good Friday’s derby.

However, he has rapidly established himself as one of boss Matt Peet’s main men as the Warriors go for their 20thth Challenge Cup win, but their first since 2013.

And there will be nerves, even though he sought advice on not letting them get the better of him.

O’Neill added: “There are nerves in every game I play, it’s part of rugby to get nervous and it’s good to have them.

“It’s not like I don’t think about going on the pitch. It’s more an excitement about the unknown and how I play.

“I was quite bad before but I spoke to a few people who told me about trying to get it for a coffee during the day and not letting those nerves get to you and once the whistle goes it’s all gone.”

Meanwhile, Giants helped back Russell is set to undergo physical tests today that will decide if he can play.

The 23-year-old looked devastated as he left Friday’s match with Toulouse early after suffering a hamstring problem.

But SunSport understands Russell has reported improvement over the weekend and will go through running drills to determine if he is OK.

SunSport also understands boss Ian Watson is undecided about whether to bring starlet Will Pryce back in after serving a 10-match suspension for a spear tackle on Hull’s Connor Wynne.