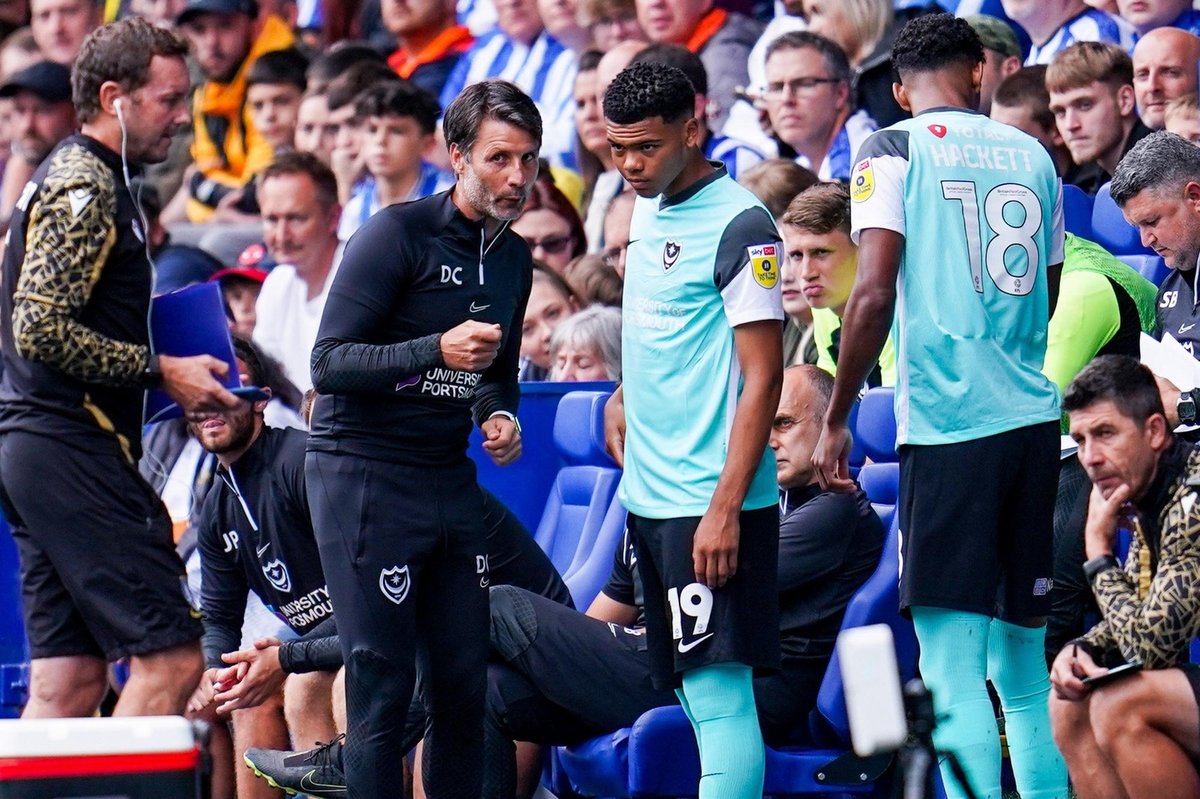 Cowley has a fine recent history of overseeing the progress of starlets associated with some of the biggest clubs in the country.

In addition, while head coach at Huddersfield, he worked with Trevoh Chalobah (Chelsea) and Emile Smith Rowe (Arsenal).

Hey told TheNews: ‘Whether we are trusted by clubs with their players is not for us to say. That’s for someone else to answer rather than myself.

‘It’s brilliant, though, because we love working with young players. When you also get to work with some of the best talent in the country, it’s super exciting.

‘The likes of Arsenal and Spurs now do a lot of due diligence before sending out young players on loan.

‘They’ve got to make sure about the game idea and whether how they play fits. Also it’s about the coaching provision and opportunity you’re going to give to their youngsters.

‘With someone like Dane Scarlett, they have really high hopes for him and believe he can play in the Premier League.

‘So none of these decisions are taken lightly.

‘I would never be arrogant enough to say we could make anyone a better player. We just try to create a safe and secure environment for the young players.

‘We try to give them soft landings when they invariably make mistakes because we know this is part of their development. We attempt to help and support them both on and off the pitch.

‘I go around to their flat and make sure they’ve got a cleaner in, that they’re eating well. I check their fridge and ensure they have the right food in and are getting to bed at the right times.’

Hirst and Bazunu can undoubtedly be considered loan successes from last season, along with Blackburn’s Hayden Carter.

However, Azeez’s stay didn’t come off, cut short at the halfway point after Arsenal recalled the midfielder following 10 appearances and one goal.

He added: ‘With someone like George Hirst, I can sit back and be super proud of the journey that he was on.

‘The players have to do it, you’re merely facilitating it, just giving them the opportunity and showing they have your trust.

‘However, first-time loans always carry a risk. Yet the boys that are humble and have a real desire to want to get better are the ones who tend to find a way.’

A message from the Editor, Mark Waldron

We will be on the ball with all the latest Pompey news, match coverage, off-the-pitch features, and analysis from Fratton Park all year round.