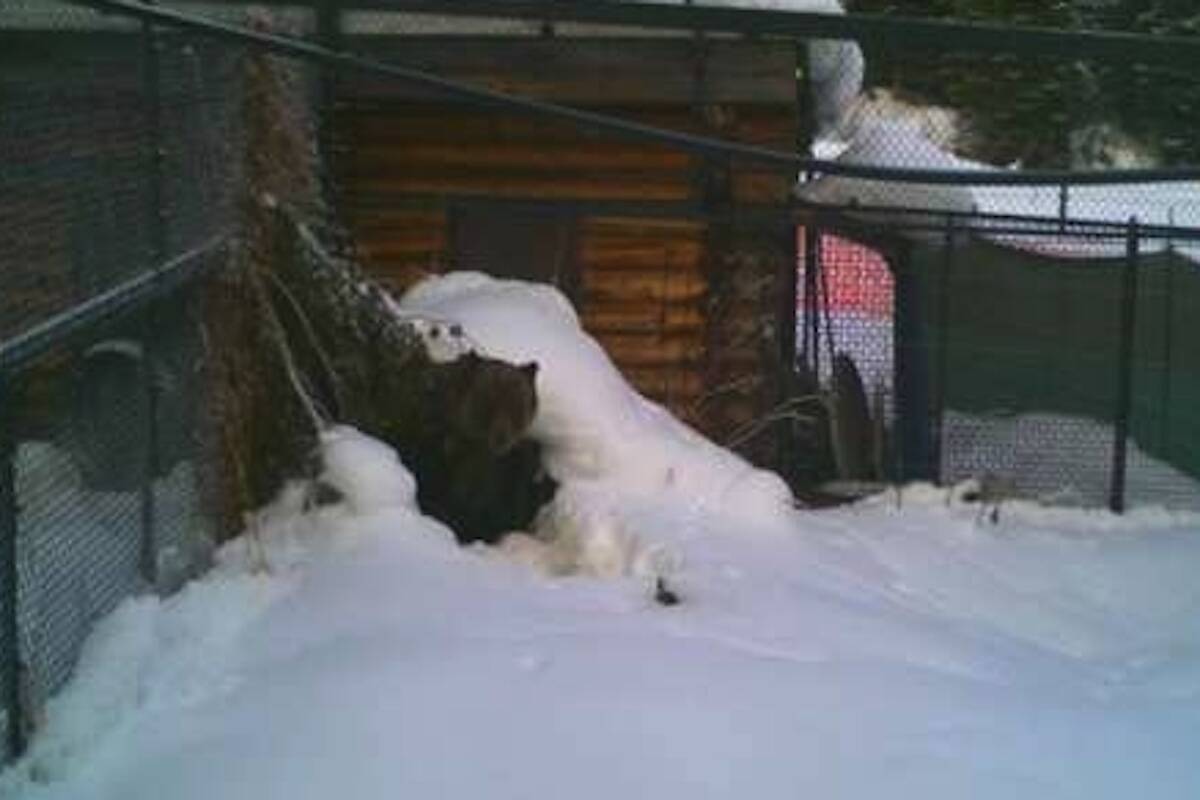 He’s stumbled out of his slumber as warm temperatures tricked the big boy Boo into waking up.

The grizzly, located at Kicking Horse Mountain Resort bear refuge, headed down for his long winter’s nap in December. However, on Jan.14 the internet sensation emerged from his den for a look around.

According to the refuge, bears go into a state of torpor, not true hibernation and it is common for animals to wake up in the den, and even sometimes leave the den if temperatures are higher than usual and snowpack is low, which is the case for this January so far.

But, don’t panic Boo won’t be a grumpy bear he will be headed back to bed soon.

“Don’t assume everyone’s having a full sleep! South-facing slopes especially are favorite denning areas for grizzlies in the region. Don’t be surprised if you see some tracks out there,” stated the bear refuge on Instagram.

The social media post about Boo’s early rise garnered a lot of attention on attention from the grizzly’s fans, prompting many comments from, “silly bear” to “go back to bed, mister”.