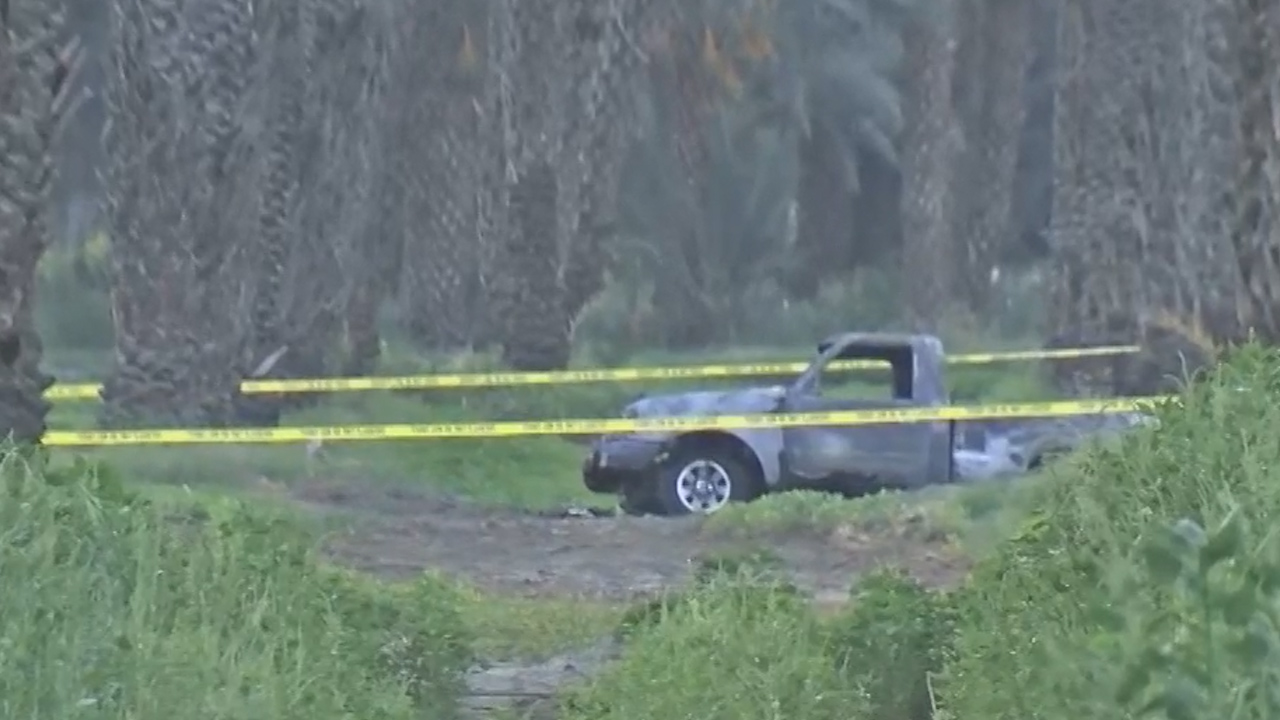 A man was found dead on the bed of a pick-up truck that was burning early Thursday morning in Thermal.

The body and vehicle were located on 60th Avenue between Jackson Street and Van Buren Street. Investigators closed the streets off for several hours.

Deputies said at 2:02 am they received calls about a car on fire in the area. When firefighters arrived on the scene, they found a man’s body on the bed of a pick-up truck.

Officials with the Sheriff’s Dept. said the incident is being investigated as a suspicious death. The Sheriff’s Dept.’s homicide unit and Cal Fire arson investigators were at the scene, but as of now isn’t being ruled a homicide.

The surrounding area where the pickup truck was located in a desolate area.

The victim has not been identified at this time.

Anyone with information regarding this investigation is encouraged to call Investigator Loureiro of the Central Homicide Unit at 951-955-2777 or Investigator Glasper of the Thermal Sheriff’s Station 760-863-8990.

Stay with News Channel 3 for continuing updates on the investigation.

Be the first to know when news breaks in Coachella Valley. Download the News Channel 3 app here.

BE PART OF THE CONVERSATION

KESQ NewsChannel 3 is committed to providing a forum for civil and constructive conversation.

Please keep your comments respectful and relevant. You can review our Community Guidelines by clicking here