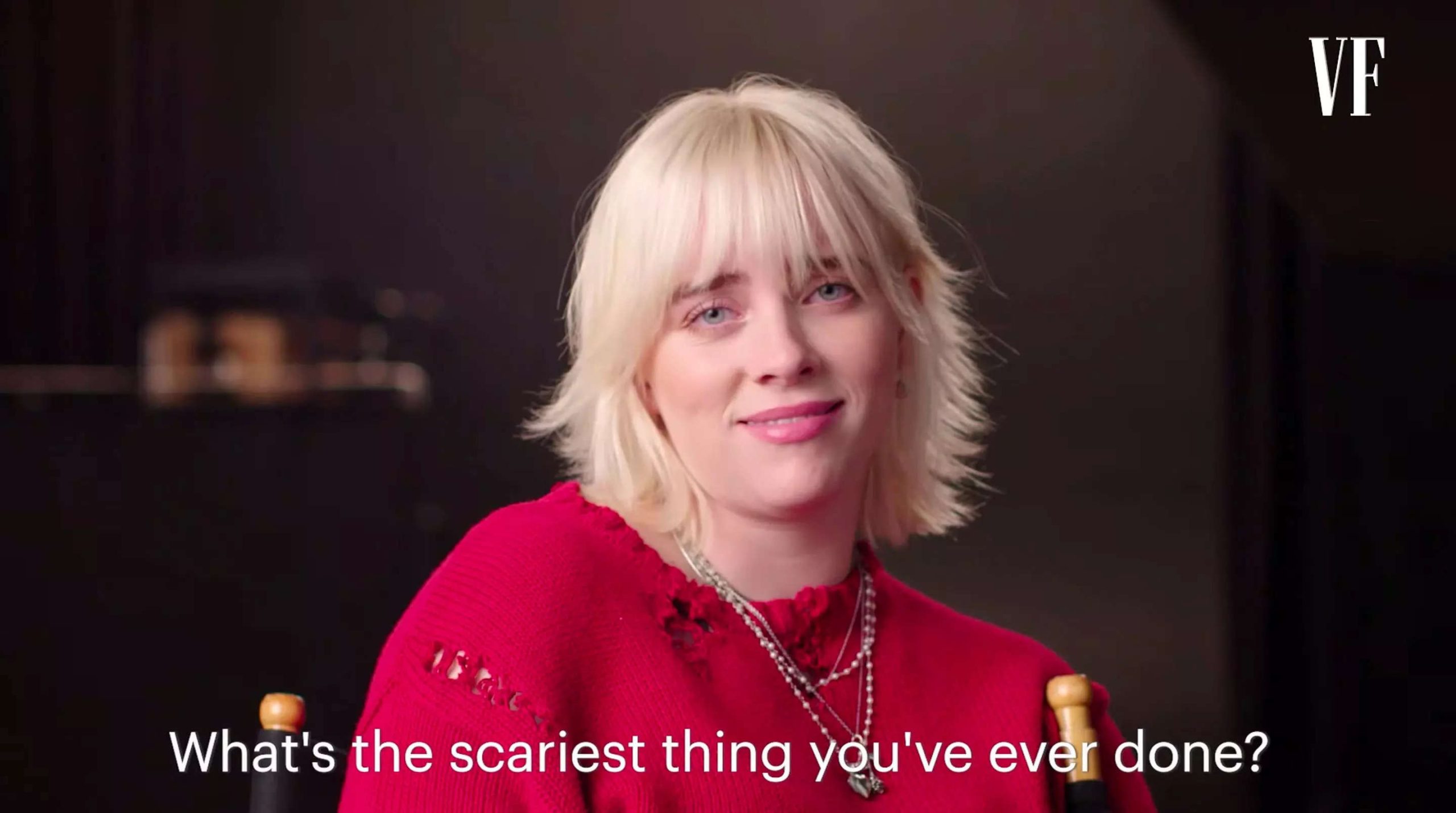 Billie Eilish recently sat down for her fifth annual interview with Vanity Fair in which she revealed the “scariest thing” she has ever done.

“The first thing that crossed my mind was when my feet are near the bottom of the bed,” she said in the new video filmed on October 18. “Every day this is the scariest part of my day.”

The 19-year-old singer said that if her feet get too close to the edge of the bed, she chokes, so she has to jump on the mattress from “two feet away”.

“I can’t help but gag. It’s disgusting. It scares me,” she said.

Eilish said she even made sure that all of the furniture in her house, which she secretly moved to after leaving her childhood home in Los Angeles, is on the floor so there is no space underneath.

“I’ve made that very, very clear,” she said. “All of my chairs, my sofas, my bed frame, everything goes down to the floor. There is no shelf. I would rather lose the storage space under my bed than stand next to my bed.”

“I’m not really afraid of scary things,” Eilish continued. “I had a giant anaconda that literally choked me to death and that was so much fun. So much fun.”

The pop star was referring to her self-made music video for “Your Power”, which was released in April. The minimalist clip shows Eilish singing on a mountainside while being hemmed in by a snake – a green anaconda named Archie, to be precise.

After taking a moment to seriously think about the question (“What’s the scariest thing you’ve ever done?”), Eilish replied, “In love.”

Several songs on Eilish’s second album “Happier Than Ever” seem to address a power imbalance between the teenager and an unnamed love interest. The title track begins as a gentle ballad about going on before it turns into a hard rock heartbreak anthem.

“You were my everything, and all you did was make me bloody sad,” she sings in the third verse.

Fans have speculated that “Happier Than Ever,” which was recently nominated for Song and Record of the Year at the Grammys, was inspired by ex-boyfriend Brandon Quention Adams.