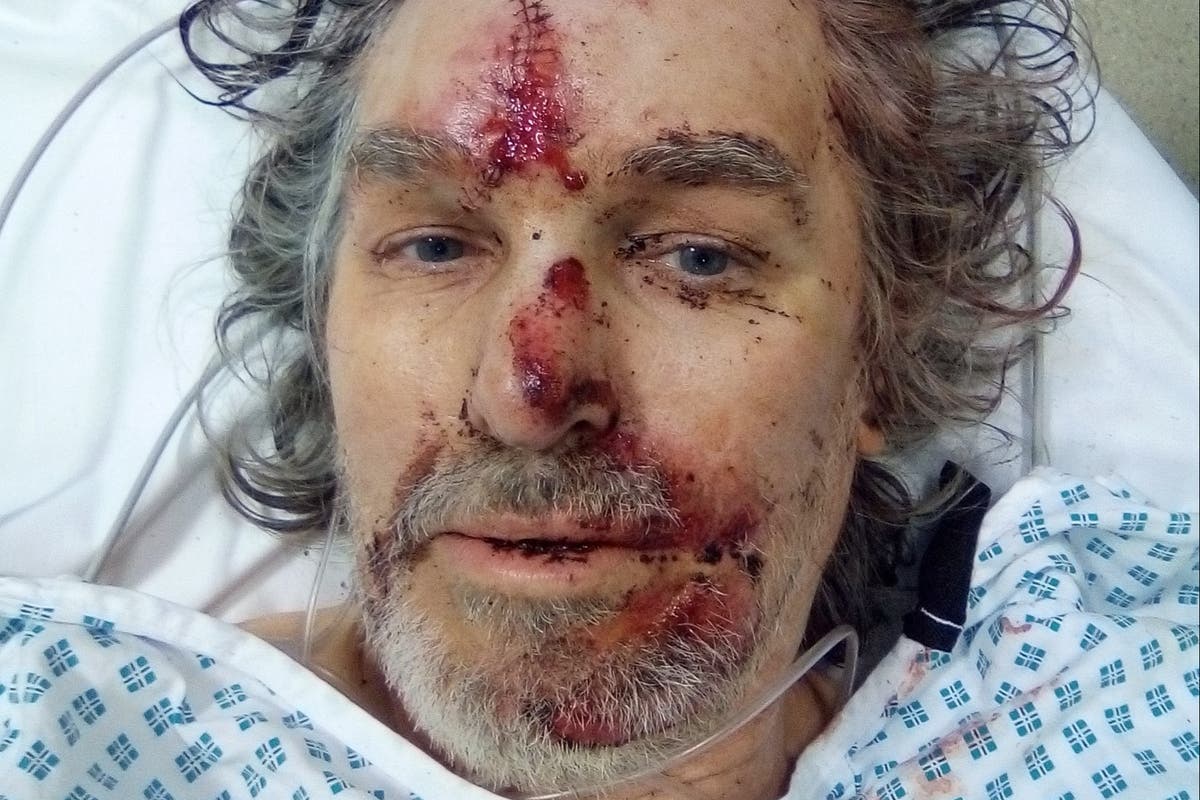 bicycle courier has told how he thought he was going to die when a motorbike smashed into him in a horror crash that left his body “broken”.

Howard Burns, 56, said he has faced a “living nightmare” after the accident in Walthamstow which shattered his pelvis and fractured his vertebrae and knee. Six of his front teeth were also knocked out and he was bed-bound for three months.

The crash has also left him “financially ruined” as he has been unable to work and is under constant threat of eviction from his home due to rent arrears.

He said: “My life has been devastated and made a living nightmare because of the crash. I have to live with constant pain, I’ve been financially ruined and I could be made homeless at any point. I feel lucky to be alive as I could have easily died in the crash, but I am annoyed and frustrated that my life has turned out like this.”

Mr Howard was finishing his courier shift riding a cargo bike in June last year when he heard a motorcycle revving behind him.

He said: “The next thing I remember I was lying twisted in the road with blood pouring over my eyes. My forehead had been split open to the skull, I thought I was going to die. I couldn’t feel or move my legs. Paramedics tried to roll me onto my back, the pain round my hips was excruciating, it was nothing like I have ever felt before.”

The cyclist was rushed to hospital where doctors told him he had suffered life-changing injuries, incuding an “open book” pelvic fracture. He underwent an eight-hour operation to rebuild his pelvis and was told he would take 18 months to recover.

He said: “My body was basically broken. I remember waiting for the operation and it felt like I was in an abattoir as I could see all of the pins and plates they were going to put inside me. I was terrified at what they were going to do to me.”

Mr Burns was in the home for 11 weeks where he largely taught himself how to walk again before he was transferred to a rehabilitation unit.

He said: “It was one of the hardest times of my life and deeply affected my mental health. Residents were dying around me in the care home and I only saw my partner four times because of Covid restrictions. Add in the stress about money and our landlord threatening to evict us and it was extremely tough.”

More than a year after the crash, Mr Burns has still had his teeth fixed despite being told he would be referred to a specialist via the NHS.

The motorcyclist was convicted of driving without due care and attention, given six points and a £294 fine.

Mr Burns said: “For some reason I don’t feel any anger towards him as I still don’t really know what happened in the crash. I just want to get the legal case sorted so I can get the rehabilitation I need and move on with my life.”

Nicola Hall, a specialist personal injury solicitor from Osbornes Law, said: “My client has suffered the most horrendous physical injuries and mental trauma as a result of a crash that was no fault of his own. His life changed forever on that summer’s evening and despite it being more than a year on he still faces a long road to recovery. I hope that the civil case can settle quickly so he can be relieved of the financial stress he is living under and so he can rebuild his life.”