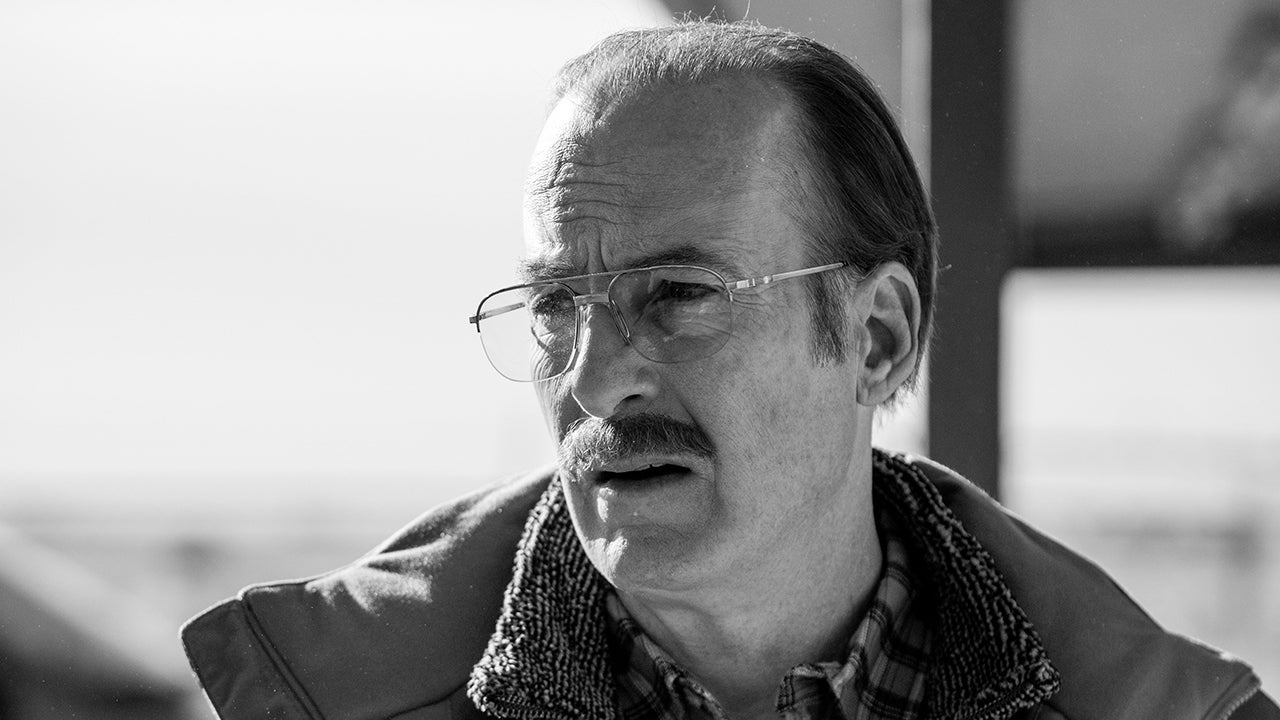 The end is night for Better Call Saul. As Vince Gilligan and Peter Gould’s series gallops toward its finale, things aren’t looking good for Jimmy McGill, Saul Goodman, Gene Takovic, or whatever name you want to call Bob Odenkirk’s crafty conman. After six seasons and 63 episodes (meaning it beats Breaking Bad by just one episode), August 15’s “Saul Gone” is set up as an explosive swansong.

Going full Heisenberg, there’s little of Jimmy McGill that remains in the black and white timeline of Gene Takovic. In last week’s “Waterworks,” Gene tells Kim Wexler (Rhea Seehorn), “Fring’s in the ground, Mike’s in the ground, Lalo’s in the ground… apparently.” It’s a grim reminder that Jimmy has outlived everyone from Walter White (Bryan Cranston) to Gus Fring (Giancarlo Esposito), meaning most are questioning whether Better Call Saul is destined to give him the same fate. As we head into the finale, here are the burning questions we hope to see Better Call Saul answer.

What’s next for Kim?

With Kim never appearing in Breaking Bad or popping up in the Gene timeline until “Waterworks,” some assumed she’d kicked the bucket in Better Call Saul. Although Kim survived, some argue she’s been dealt a fate much worse – living out her days in a suburban nightmare.

After confronting the widow of Howard Hamlin (Patrick Fabian) to reveal what really happened six years ago, Kim finally broke down on a bus back to Florida. You could leave Kim’s story here, but with her being a crucial cog in Jimmy’s potential downfall, she’ll likely be back. Either way, that mythical happy ending of Jimmy and Kim walking off into the sunset doesn’t look hopeful.

The much-hyped return of Aaron Paul and Bryan Cranston as Jesse Pinkman and Walter White has been one of Season 6’s big talking points. Following the aptly named “Breaking Bad” episode, Paul returned in the penultimate chapter for a shock reveal that it was Kim who sent him Saul’s way for legal advice – inadvertently triggering a butterfly effect that set most of Breaking Bad in motion.

As for other familiar faces stopping by, remember that the Better Call Saul Season 2 finale was supposed to feature Marie Schrader (Betsy Brandt)? Meanwhile, way back in 2014, Anna Gunn said she’d had a “talk” with Gilligan about appearing as Skyler White. Because the Gene timeline has now passed the events of Breaking Bad, it’s a neat way to catch up with some old friends post-Heisenberg.

walt should be appearing in the finale.

The big one though is Walt. Cranston confirmed that he and Paul shot three scenes (one together and two separate), and by process of elimination, it means Walt should be appearing in the finale. Fans have always wondered what went down between Walt and Saul in the bunker of Ed “The Disappearer” Galbraith (Robert Forster), which gives the finale the perfect opportunity to explore their last days together.

Are we Getting Another Jimmy Persona?

Much like how Breaking Bad showed us the slow evolution from Walter White into the villainous Heisenberg, Better Call Saul has showcased how Jimmy McGill went from hotshot attorney to the crooked Saul Goodman. More than Walt’s change into criminal overlord, we’ve seen Jimmy’s second spiral into the egotistical Gene Takovic. Is there one more in the bag?

The trailer for the Better Call Saul finale features the lead breathlessly reciting a familiar order for a “Hoover, Max Extract, Pressure Pro, Model 60.” There’s a chance he’ll be going back to Best Quality Vacuum to get another identity from Ed Galbraith, but it seems unlikely given the passing of Robert Forster in 2019.

The promo is in color — suggesting it takes place in the Saul timeline instead of Gene — but also features a dilapidated version of his Suzuki Esteem that Jimmy and Mike rolled off a cliff in Season 5. Basically, we’re not sure whether it’s flashback Saul or current Gene making a desperate call to Ed.

The Biggest New TV Shows and Seasons Coming in 2022

Does Jimmy want them?

If not heading off to a shack in the middle of nowhere to live out his days like Walt’s Mr. Lambert identity was supposed to, what’s next for Jimmy? “Waterworks” ended with Marion (Carol Burnett) rumbling that Gene is really Saul, which put the latter on the run. So what’s next for the character if his new identity plan doesn’t work out?

Given Jimmy’s connection to Walt’s meth empire, the fact that the feds are on his tail, and Kim’s affidavit, there’s more than enough to put him behind bars. Then again, it’s out of character for the Breaking Bad franchise to have a character pay for their crimes in anything less than blood. While we’re not expecting him to die in a shootout with neo-Nazis like Walt, having Jimmy take his own life after realizing the jig is finally up would be a typically tragic way to see the character off.

What happened to Patrick Kuby?

The final few episodes of Better Call Saul have done a great job of tying up loose ends from Breaking Bad, with Gene’s call to the long-suffering Francesca (Tina Parker) ticking off what happened to Skyler, Huell Babineaux (Lavell Crawford) and more. It became a running joke that we’d never find out what happened to Huell after Hank Schrader (Dean Norris) left him in a DEA safe house, but now it’s Bill Burr’s Patrick Kuby that faces a similar cliffhanger.

Francesca’s call even teased what happened to Lazer Base owner Danny Wormald (Mark Proksch) and Vamonos Pest’s Ira (Franc Ross), but when it comes to Kuby, she simply said she didn’t know what became of him. Hank noted that Walt had Kuby killed, but as it was just a ruse to get Huell to give up White, Kuby’s ultimate fate is unknown. Anyone for Better Call Kuby?

Is This The End of The Gilliverse?

The biggest cliffhanger isn’t related to Better Call Saul at all, but the wider “Gilliverse.” With Better Call Saul being heralded as one of the best spin-offs of all time, there are obvious questions about whether Gilligan will continue working in this world.

speaking to deadline only recently, Gilligan said this will be the last show in the Breaking Bad universe, saying “you can’t keep putting all your money on red 21.” Instead, his next project is said to hark back to his days on The X Files. Then again, with Breaking Bad, El Camino, and Better Call Saul being massive hits for all involved, it could be a case of never say never. If Gilligan needs any ideas, fandom has come up with his own pitches on how we can continue the story.

If we’re ever to return to the Gilliverse, mythical shows include a young Mike Ehrmantraut series focusing on a junior version of Jonathan Banks’ grizzled veteran walking the beat as a Philidelphia cop. What about a Best Quality Vacuum with a younger Ed helping criminals find a new life, or (don’t shoot the messenger) those calling for a Skyler White miniseries to redeem the divisive character? Remembering that Skinny Peter (Charles Baker) said he was in jail with Tuco Salamanca (Raymond Cruz), a Los Lunas prison series also has plenty of potential. For the time being though, it looks like we’re making our last call to Saul.