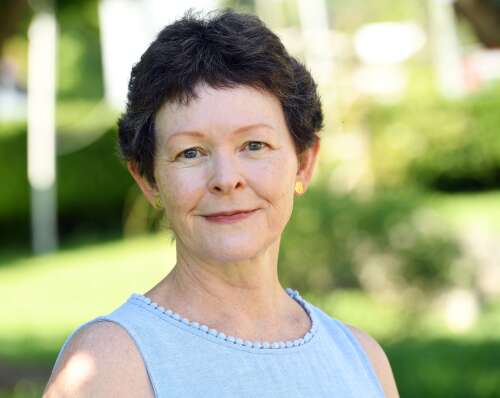 Stratton Hatfield is Head of Development at BE Solar (file photo)

The news that the island is set to become a test bed for renewable energy sources has been welcomed by environmentalists.

Karen Border, executive director of the Bermuda National Trust, said the announcement of the speech from the throne was “a worthy goal.”

But she added, “Bermuda can be an excellent place to test certain wind and seaborne systems.

“However, given our tiny land mass and fragile marine ecosystem, assessing the potential environmental impact of testing such technologies should be an important part of any legislation, along with provisions for the closure and removal of unsuccessful test sites.

“We definitely don’t want the waters of Bermuda to be littered with the rusty remains of abandoned wind, current or tidal research sites.”

Ms. Lalgie, who delivered the Speech from the Throne on behalf of the government, said: “The government will introduce a bill to make it easier for renewable energy developers to test their products in Bermuda.

“This legislation will lay the foundation for additional investment in Bermuda whose innovation can lower electricity costs for local consumers.

“In addition, regulations are being put in place to lower the cost of the fuel surcharge for electricity and also better regulate the storage and distribution of fuel, with the aim of lowering energy costs for Bermuda residents and businesses.”

David Wingate, a senior conservationist, said it was important to end fossil fuel use and said solar power was a good option.

He added, “We will need to mandate solar panels on all of our homes and building roofs so that our roofs can serve a compatible dual purpose with watershed, making us a world leader in that regard.”

Mr. Wingate said that increased use of electric vehicles and a “heavy” tax on gas-powered vehicles are also needed with the aim of eliminating them completely.

Stratton Hatfield, development director for solar energy company BE Solar, said he hoped more renewable energy innovators could be drawn to the island.

Mr. Hatfield said, “We remain optimistic that the technology can be used locally to reduce the cost of electricity and living in Bermuda.

“We also hope that the regulator and government will address energy inequalities related to fuel surcharges and facility fees that are directly related to high electricity costs.”

Opposition leader Cole Simons agreed that green energy should be a priority.

He said: “The biggest challenge is that most of the energy we rely on for our daily lives comes from Belco and Belco is essentially powered by fossil fuels.

“Until we crack this nut, it will be difficult for the US to make progress.”

Ms. Lalgie announced in her speech from the throne that new laws – the Marine Development Act – will be introduced during this legislative period.

The law is reviewing plans drawn up in 2019 to protect one-fifth of Bermuda’s waters.

Ms. Lalgie said the law would include identifying the 20 percent of the island’s exclusive economic zone to be designated a protected area.

She added: “The law will also provide a framework to balance development and sustainability and provide an application process for investments in fisheries, offshore renewable energy and ‘blue tourism’.”

Ms. Border supported a protection zone, but asked whether it was large enough to ensure the sustainability of the fish stocks.

Ms. Border said, “In addition to protecting offshore areas, we would like many more coastal areas to be protected as these are important for juvenile fish and small herbivores that are vital to the coastal and offshore food chains.”

Ms. Lalgie added that the Tynes Bay incinerator replacement is being speeded up to ensure there is no return to landfill.

She said that waste management and water infrastructure would also be improved.

Mr Simons said that the One Bermuda Alliance was helping redevelop Tynes Bay but asked why this should be done when money is needed for the economy, social programs and the education system.