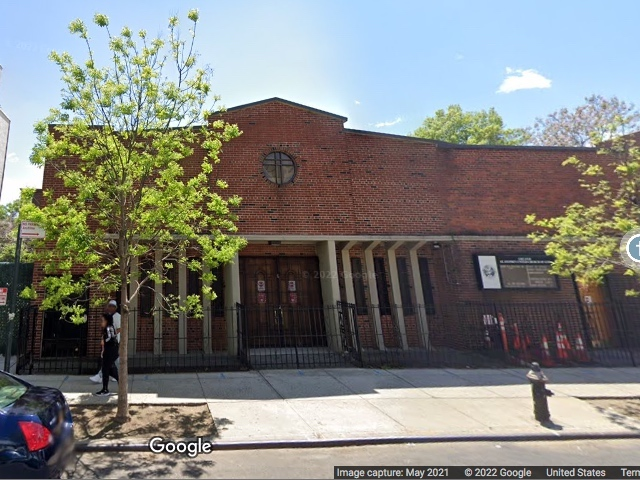 BED-STUY, BROOKLYN — The beloved leader of a longtime church in Bed-Stuy will soon be honored with his own street in the neighborhood.

A corner of Myrtle and Tompkins avenues near the Greater St. Stephen United Church of God will soon be co-named “Bishop Marvin D. Williams, Sr. Way” to remember the late pastor, who died in 2020 at 85 years old.

The street name, approved by City Council this week, will honor Williams’ impact on the neighborhood, both in and outside his church.

“Bishop Marvin D. Williams’ life and influence has not only affected believers within the body of Christ, but countless men, women, and children throughout the city who benefit from the outreach social service programs established under his leadership,” the City Council proclamation reads

Williams, born in North Carolina in 1934, founded the Greater St. Stephen United Church of God in 1974 with his children and wife, Mother Callie Louise Williams.

In addition to leading as pastor, he served as chief executive officer of St. Stephen Outreach, Incorporated, a board member of the New York Correctional Facility and a member of the Urban Ministers Alliance and Mission Society Fellow.

The Bed-Stuy street, proposed by Councilmember Chi Ossé, is one of 78 blocks across the city that will be co-named under the bill, which passed the legislature on Thursday.

In Bed-Stuy, streets will also be named for two fallen emergency responders who served on September 11.

Raymond Harris, a longtime NYPD officer who was part of the search and rescue effort at Ground Zero, will be honored at Sumner Place and Lewis Avenue. Harris died as a result of 9/11-related illness in 2019.

FDNY Sgt. Shawn E. Powell will be remembered at Monroe Street and Marcy Avenue. Powell, who was also a United States Army Reservist, was killed in the World Trade Center attacks.