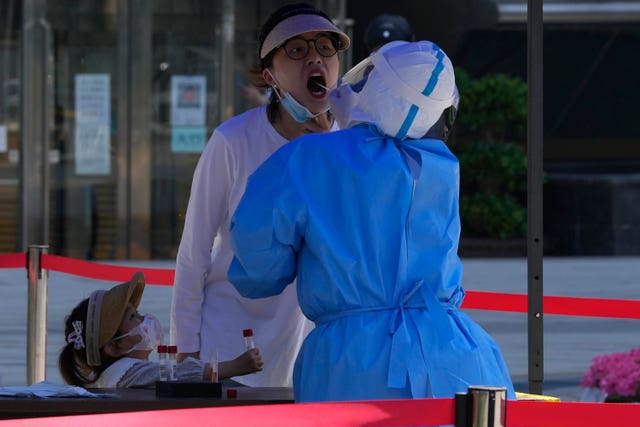 Beijing is preparing new hospital facilities to deal with a spike in Covid-19 cases, even though the numbers of new cases remain low.

A 1,000-bed hospital at Xiaotangshan in the north-eastern suburbs built for the 2003 Sars outbreak has been refurbished in case it is needed, state media reported on Tuesday.

Unofficial reports online say thousands of beds have been prepared in a centralized quarantine center near the airport, but state media has not confirmed those preparations in what could be an attempt to avoid stoking public fears.

New cases in Beijing have remained steady, with another 62 recorded on Monday, 11 of them showing no symptoms, up just slightly from about 50 per day over the weekend.

Beijing has reported about 450 cases in the two-week-old outbreak.

274 out of 5,669
Symptomatic cases recorded in Shanghai on Monday, along with an additional 20 deaths

China has stuck to its strict “zero-Covid” approach that restricts travel, mass tests entire cities and sets up sprawling temporary facilities to try to isolate every infected person.

Lockdowns start with buildings and neighborhoods but become city-wide if the virus is spreading widely.

That has come as many other countries relax pandemic restrictions.

Experts have questioned the usefulness of China’s hardline policy, saying vaccines and new treatments for Covid-19 make them redundant.

Beijing has ordered restaurants and gyms closed for the May Day national holiday that runs until Wednesday, while major tourist sites in the city, including the Forbidden City and the Beijing Zoo, closed their indoor exhibition halls on Tuesday.

Another three rounds of testing have been ordered for most of the city’s 21 million people following a similar requirement last week. 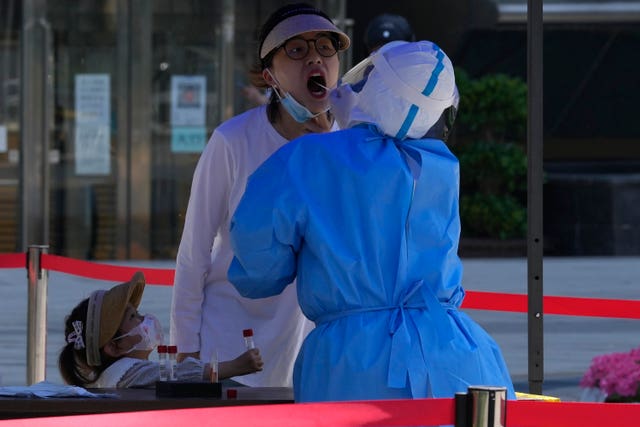 A negative test result obtained within the previous 48 hours is needed to gain entry to most public spaces.

Authorities in Shanghai are slowly beginning to ease lockdown restrictions that have confined most of the city’s 26 million people to their apartments, housing compounds or immediate neighborhoods for close to a month.

Shanghai recorded another 5,669 cases on Monday, all but 274 of them asymptomatic, along with an additional 20 deaths.

Shanghai’s surprisingly low death toll amid an outbreak of more than 400,000 cases has sparked questions into how such deaths are tallied.

The severe lockdown conditions have led to massive disruptions from food shortages to a wider, though likely temporary impact on the national economy.