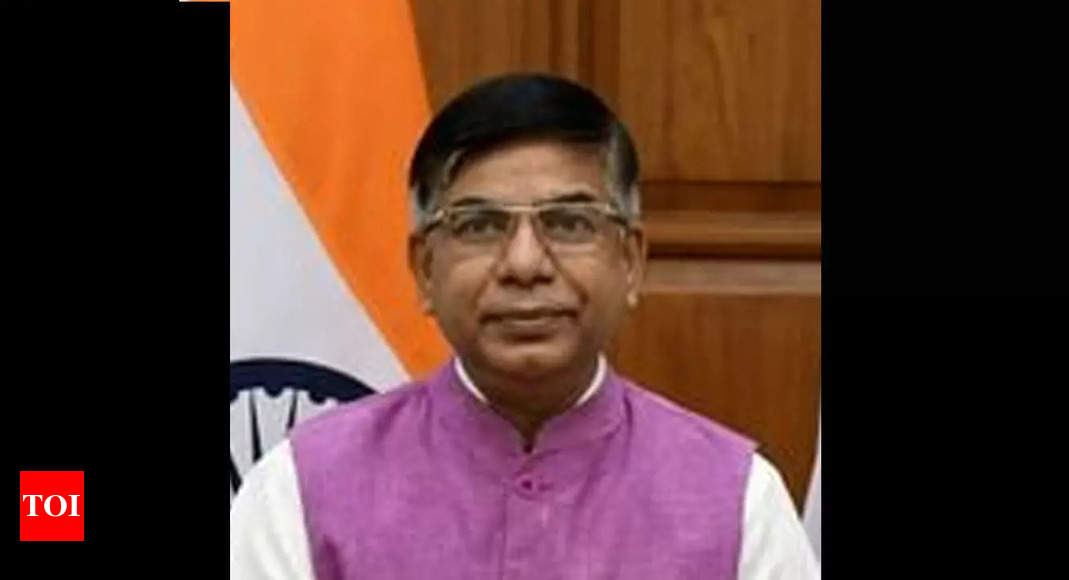 BEGUSARAI: Union minister of state for education, Subhash Sarkar, said on Tuesday that Begusarai would soon get a 600-bed medical college and hospital, for which the process was already on.
Sarkar, who was here to review the ongoing government schemes in the district, said, “As per Prime Minister Narendra Modi’s directive, union ministers have been visiting various districts to have a first-hand account of development works,” he said.
The minister said the assessment of works in the districts is being done primarily on five parameters – health, education, agriculture and allied activities, basic infrastructure and financial inclusion.
“Begusarai stands well on all the prescribed parameters. The progress under primary, secondary as well as college education segments in the district has been satisfactory,” Sarkar said.
“I visited a government primary school at Mohanpur under Begusarai Sadar block and found it exemplary in terms of teacher-student relationship, hygiene and greenery on the campus. The government has launched ‘Vidyanjali’ portal to enable schools with need of infrastructure development to register the requirements,” he said.
The minister said there has been a significant jump in the total area of ​​cultivation under organic farming and on other agriculture and allied fronts.
“Farmers have better technological access for improved insemination and fertility of milch cattle,” Sarkar said.
He also expressed satisfaction over the total coverage of rural road network in the district under Pradhan Mantri Gramin Sadak Yojana. “The efforts to regularize Jan Dhan Yojana accounts are fetching good results in implementation of various welfare schemes for the poor,” he said.