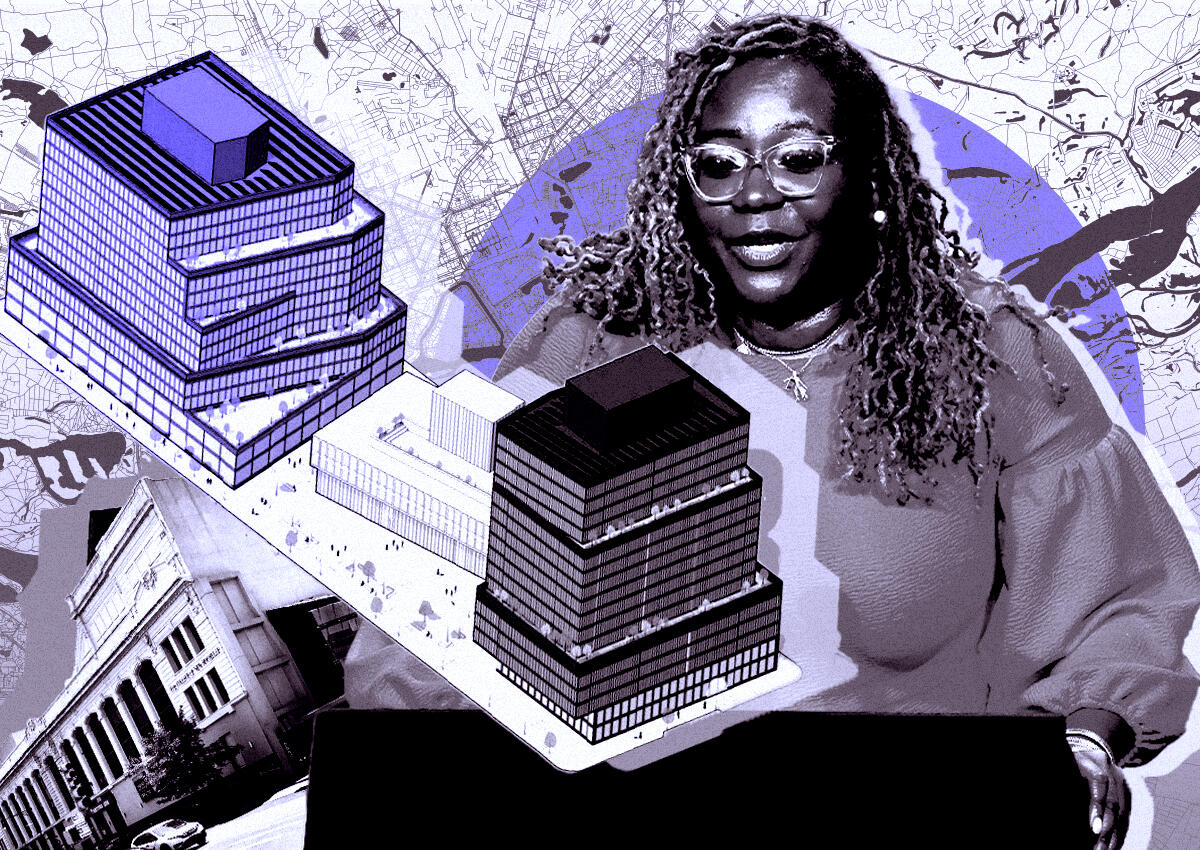 Bedford-Stuyvesant’s Restoration Plaza is slated for a big redevelopment—a bet that Brooklyn’s office market will be in demand as the city settles into a post-pandemic world.

The Bedford Stuyvesant Restoration Corporation laid out its vision for the site, on Fulton Street between New York and Brooklyn avenues, in documents filed with the Department of City Planning, The City reported.

The development calls for 840,000 square feet of commercial space for offices, educational and cultural use across three buildings. One building would be 16 stories and 245 feet high, while another would be 13 stories and 195 feet. The third would be four stories.

Totem and BJH Advisors are involved.

The existing structures on the site were built in the 1970s and are roughly half the size of what’s proposed. But the community development corporation’s top executive said by building up instead of out, the plan would maintain the plaza.

Blondel Pinnock, president of the Bedford Stuyvesant Restoration Corporation, told the City that the project echoes the goals of the Brooklyn Navy Yard, which was reinvented as a nonprofit, tech-centric business campus.

The Bed-Stuy redevelopment was announced in 2019. Famed architect David Adjaye was tapped to design it.

The redevelopment has some political obstacles to surmount. Most of the block will need to be rezoned, which means the community board, borough president, City Planning Commission and City Council will get a say, with the local Council member, Chi Ossé, ultimately controlling its fate. The project also needs a special permit to waive height and setback regulations.

The Super FoodTown on Brooklyn Avenue won’t be displaced during construction, and will relocate to New York Avenue once the first building is complete. The project is expected to take eight years.