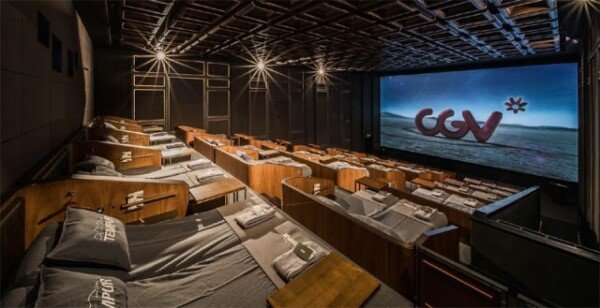 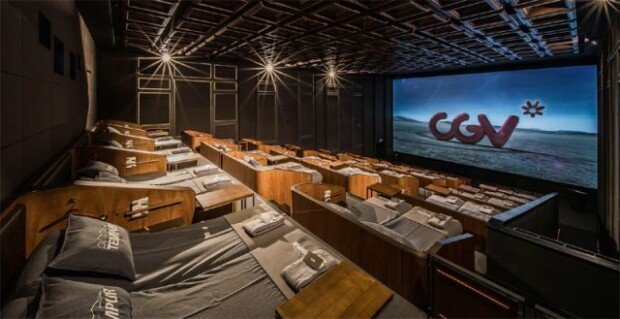 The movie ‘Avatar: Road of Water,’ released on December 14, is continuing to dominate the year-end box office in Korea by surpassing 5 million viewers as of Sunday. Despite the long running time lasting 3 hours and 12 minutes, the new ‘Avatar’ movie is drawing a massive audience due in part to special high-end movie theaters where you can watch movies in a comfortable position lying down or almost lying down, rather than sitting.

The two theaters showed high seat sales rates even though they are 2D rather than 3D, which is the screening type many moviegoers prefer when watching Avatar. The difference is quite significant compared to the seat sales rate of 26.6 percent for 2D available theaters for the movie recorded during the same period. Temper Cinema costs 50,000 won (about 39 US dollars) per person, and Stressless Cinema costs 45,000 won (35 dollars), which is over three times more expensive than the 2D general cinema (14,000 won or 10.9 dollars per person on weekdays), but ‘seats with best views’ were already sold out.

The Super Plex at Lotte Cinema World Tower in Seoul’s Songpa district is also highly sought after by moviegoers who prefer a comfortable seat. For a week after opening, the ‘Sweet Recliner’ (22,000 won for 2D), the most expensive and comfortable seat, had a seat sales rate of 96.3 percent. There was thus a discrepancy with the sales rate of ordinary seats, which was 74 percent.

“The number of people who avoided visiting movie theaters during the pandemic but are returning to the cinema is increasing in the wake of Avatar’s release,” said Hwang Jae-hyeon, head of CGV’s communications team. “More of the moviegoers, who are watching the movie anyway, now want to enjoy the movie in a more comfortable seat, it seems.”