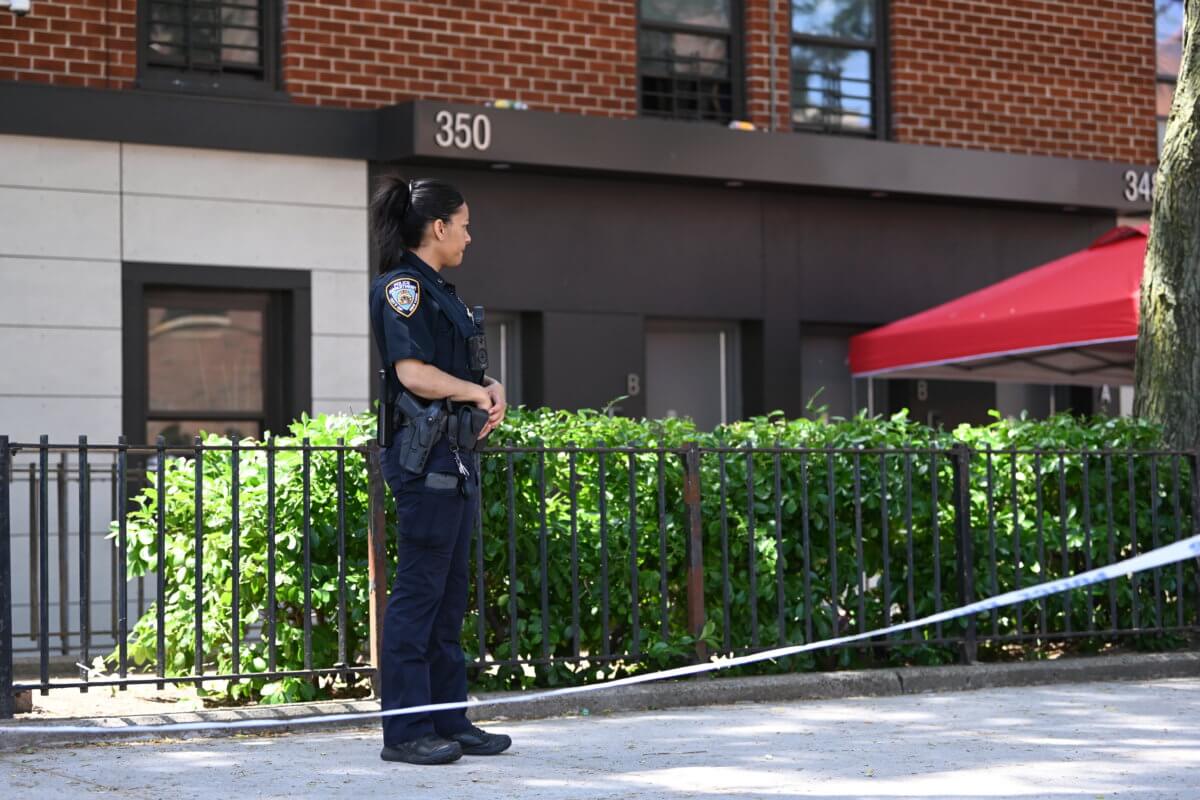 A 49-year-old woman is recovering from her injuries after being shot in the thigh while sitting outside her home, in Bedford-Stuyvesant’s Louis Armstrong Houses.

The woman was sitting in front of 350 Clifton Place in the Central Brooklyn NYCHA development when she reportedly heard gunshots, and suddenly felt intense pain in her thigh and realized she had been shot, police said. The woman was taken to Kings County Hospital where she is recovering in stable condition.

The suspect is believed to have fled the scene in a black sedan, but cops have not yet publicly identified an individual of interest and an investigation remains ongoing.

It’s not clear what the motive for the shooting was, or even if the woman was the intended target. But an NYPD source on scene said the cops believe the shooter and victim may have known each other, and even had a heated argument this weekend.