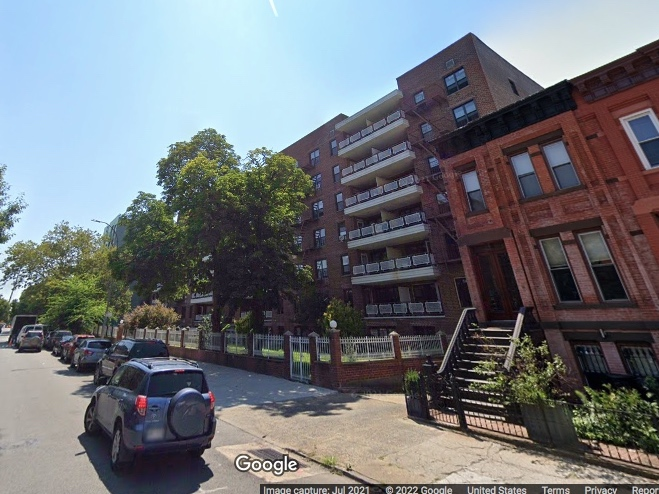 BED-STUY, BROOKLYN – Dozens of Bed Stuy residents skipped Christmas dinner this year after a fire turned off power in a building where power hasn’t returned, residents and officials said Patch.

“It was terrible for her – especially [families] with children, “said Veronica Cromwell, president of the tenants’ association. Although they had the presents, their parents could not prepare a meal for them.”

According to officials, more than 150 apartments at Herkimer Str. 400 have been without electricity in the building’s electrical room since the early morning fire on December 21.

The Bed Stuy families spent Christmas and New Years with no electricity and no heating and hot water for the first two days after the fire, Cromwell said.

Only about a quarter of tenants were able to move into a hotel or a relative’s house after the power outage, and many of those who stayed now rely on local nonprofits for their meals, she added.

According to Cromwell and the Department of Housing Preservation and Development, which urged contractors to speed up the process, tenants still have about two weeks to wait for electricity, even after building owners hired additional workers to do the repairs accelerate.

Management company Surad Realty Corporation originally said tenants would have to wait another month for the power to turn on, Cromwell said.

According to HPD, Surad faces multiple violations against the city as a result of the incident. They did not respond to a request for comment from Patch.

So far, power has been restored in seven apartments, where tenants rely on electricity for medical equipment and generators are used to light the hallways and turn on a building elevator, Cromwell and officials said.

The full restoration of the power supply, according to HPD officials and the New York energy company, requires “extensive” repairs to the cabling and inspections by the city and Con Edison, who initially turn off the power for safety reasons.

“The fire wreaked havoc on the property’s electrical system,” an HPD spokesman told Patch. “HPD immediately reported violations and monitored the contractor’s repairs to ensure that power was restored as soon as possible.”

However, months of waiting for power to come back have still raised serious concerns about the wellbeing of tenants, Cromwell told Patch.

“I’m discouraged. We’re really concerned,” she said. “The apartments shouldn’t stay in the dark for so long.”

The tenants do not face this fight alone.

Members of the Stefani Zinerman Congregation, the Red Cross and the nonprofit The Campaign Against Hunger have brought any meal or long-life food for the building and, in the case of Zinerman, worked with the city to expedite repairs.

“We were very grateful for that,” said Cromwell.

Cromwell himself spent time knocking on every apartment door and keeping track of who needs food or other help.

She said she was there for her tenants, which made the choice between her and her husband, who went to see a relative or stayed in the building, easy.

“I wouldn’t do that to my neighbors, I’ll stay here with them,” said Cromwell. “I can keep it up.”