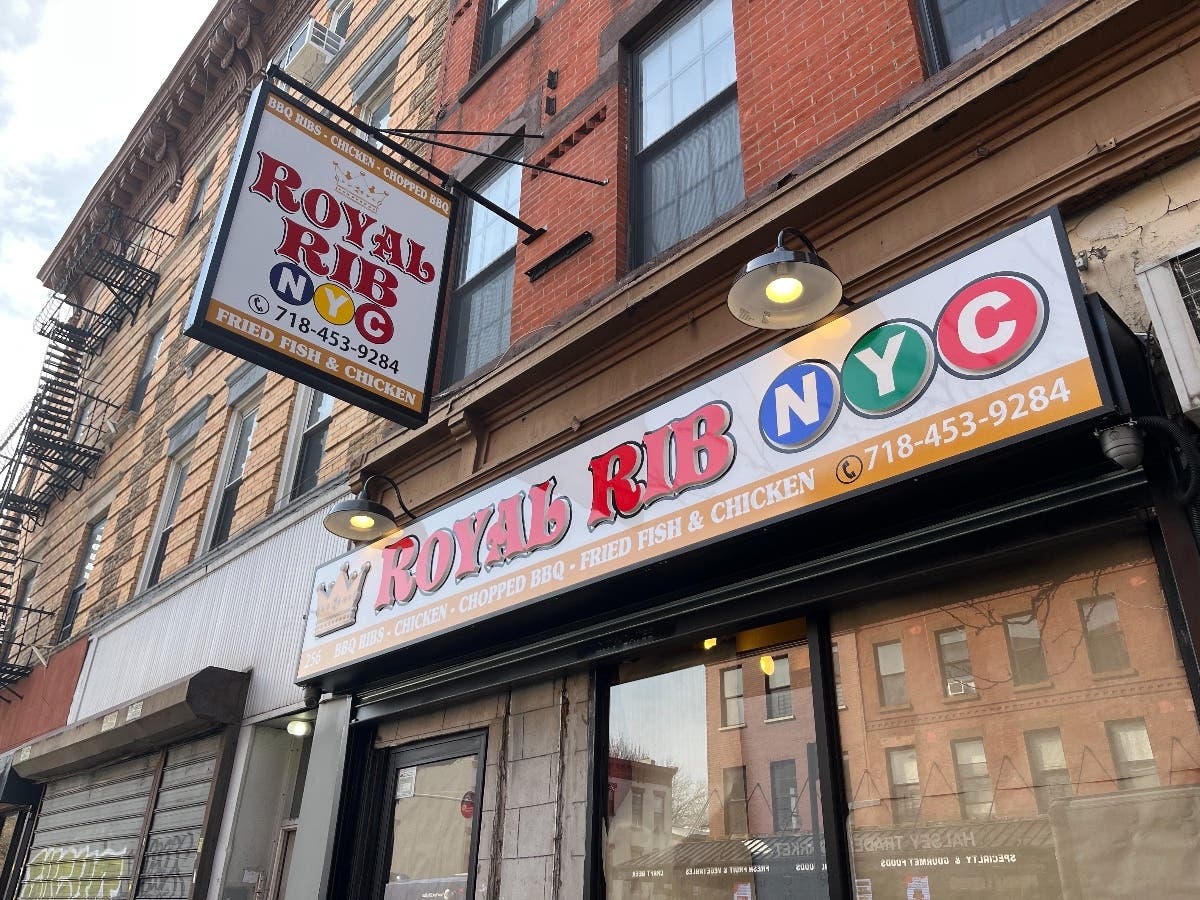 The eatery — which stood on Halsey Street for 50 years before closing in 2019 — is getting ready to open a new version of the Bed-Stuy institution on Malcolm X Boulevard between Halsey and Hancock streets, according to new signs at the storefront and their Facebook page.

The new restaurant, called Royal Rib NYC, will open at the 256 Malcolm X Blvd. storefront this month, owners said in a message on their voicemail box.

The owners did not immediately respond to a request for more details from Patch.

The news of the rib joint’s return has already created a buzz among neighbors, many of whom were regular customers at the Halsey Street eatery.

“This is the best news EVER!!!,” one resident wrote on a teaser on Royal Rib House’s Facebook.

“My mouth is watering just looking at this picture,” said another.

Royal Rib House was first started by Calvin Grier in the 1960s and run by his daughter Carole and his grandson Jason Barnett, according to a New York Times profile.

Grier, who hailed from North Carolina, used to drive around New York City in his taxi looking for storefronts where he could open a soul food restaurant, the Times reported.

The Royal Rib House became a neighborhood staple and, when customers started showing up with empty bottles to fill with Calvin’s slow-brewed barbecue sauce, the business expanded into retail, selling their sauce at local grocery stores, according to the company website.