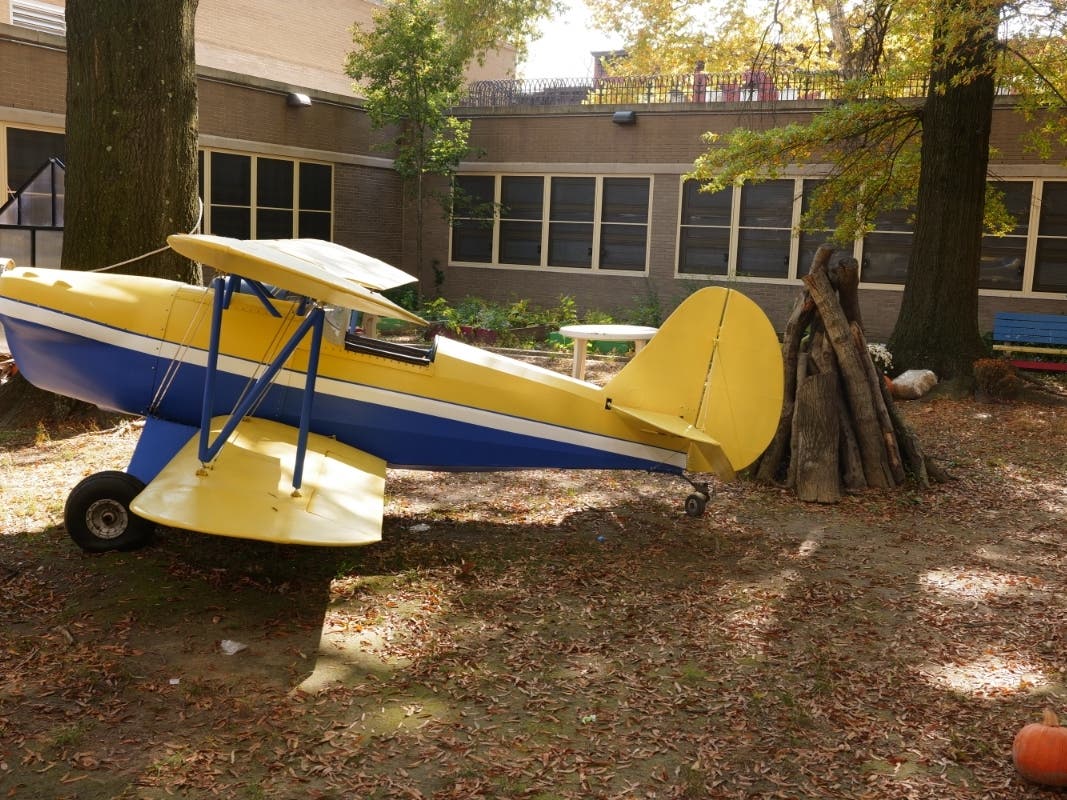 BED-STUY, BROOKLYN — It’s only been a few months since PS 5’s new aviation centered opened, but the school is already broadening their horizons.

This Saturday will mark the first time that the center and its flight simulators will be open to students in the community, an expansion of access to the center which will soon also include students from nearby PS 309, PS 262 and PS 21.

PS 5 Principal Lena Gates said that the new center, which was revamped this fall in partnership with American Airlines, has been a huge hit with both students and pilots in the community.

Nearly 20 students at PS 5 are participating in the aviation program — including a subgroup that Gates says they call “The Lady Flyers” — where they take on a curriculum focused on aviation and flight, helping the students not only academically but also to prepare them for a future in the field.

Outside of the aviation center, the students also dive deep into other academic skills with an aviation tilt, like a recent group research project on Black aviation pioneer Bessie Coleman.

The students team up with a pilot, many of whom live in the community, Gates said, who helps mentor them as they take on concepts and trainings typically reserved for High School students.

And after reading about the program in the press last fall, even more Bed-Stuy and Brooklyn pilots have been coming to PS 5, offering to mentor the young students.

“They speak to the students, they encourage and give them information about aviation…they meet with students in their their pilot uniform. It has a different presence when they see them,” Gates said. “So if this is a career that they want to jump into, no one can say that they can’t do it, because they’ve done it.”

Many of Gates’ students had never even been to an airport before, she said. The program, and pilots help to give the students the confidence they need to expand their career opportunities down the road.

“Now that they have had the access,” Gates said, “they can go to an airline with confidence knowing that this is something that is possible, taking away the impossibility from these students because they haven’t flown on a plane or go to the airport.”

And the principal says that students are already setting for the skies.

“One student said: ‘when I grew up, I’m going to be a musician other a pilot.’ And we were like: ‘You know what? She actually can do that,'” Gates told Patch.

Gates said she is proud that the program can help shed a light on what “traditional public schools can do for our students,” she told Patch.

She said that when parents see the aviation center, as well as other STEM-focused facilities at PS 5, they react in disbelief that this is going on in a public school.

PS 5, named after the late astronaut Dr. Ronald McNair, the second Black astronaut in space who tragically died in the Space Shuttle Challenger explosion, is looking to include more schools and community members in its aviation center going forward with help from local elected officials, including Assembly Member Stefani Zimmerman, to purchase more simulators.

But first, the aviation students are going to start getting to work on a donated yellow, single-seat airplane in the school’s courtyard, which the donor gifted with the intent to teach students airplane mechanics.

“He purposely didn’t put lights and the gadgets in the front of the plane and inside of the plane,” Gates said, “so that’s what students are actually going to be doing.”