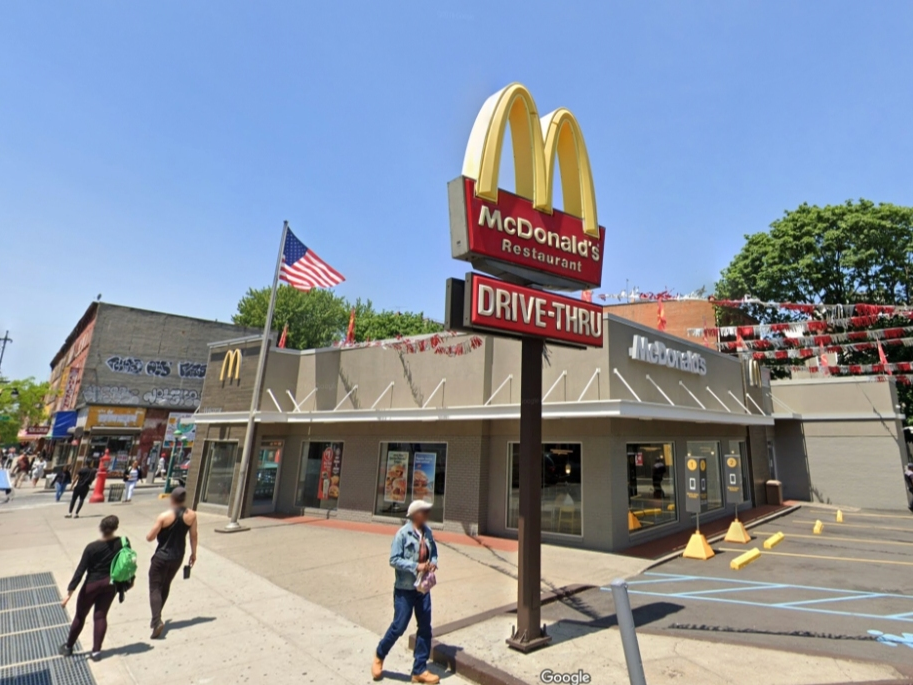 BEDFORD-STUYVESANT, BROOKLYN — A Bed-Stuy McDonald’s worker was shot in the neck Monday night after a fight with the gunman’s mother, according to police and reports.

The 23-year-old was shot outside near the McDonald’s on Fulton Street and Throop Avenue just before 7 p.m., police said.

A 20-year-old was taken into police custody, police said.

Sources told the New York Post the 23-year-old was a McDonald’s worker shot after fighting with a woman inside the restaurant.

The woman’s son shot the worker outside, the Post reported.