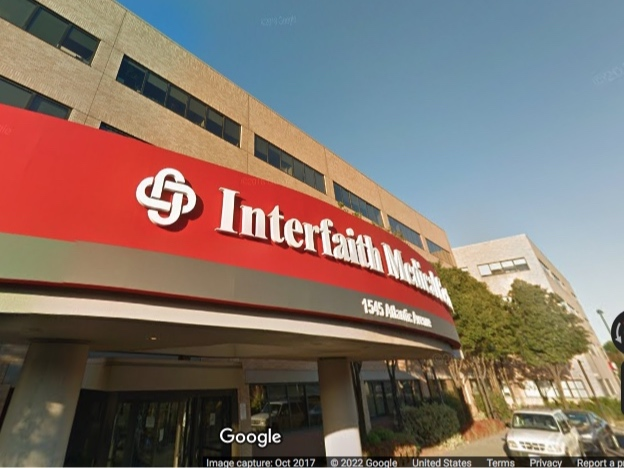 BED-STUY, BROOKLYN – Hospitals in Bed-Stuy were far from perfect in their ability to protect patients from preventable errors, accidents, injuries and infections, according to a new ranking.

Interfaith Medical Center was one of seven Brooklyn hospitals to earn a D grade on the ranking, which analyzes a hospital’s ability to prevent errors that harm its patients. Woodhull received a C score.

The neighborhood medical centers were not alone, though — only one hospital in Brooklyn and six hospitals citywide did well enough to earn an A grade, according to the ranking.

“The health care workforce has faced unprecedented levels of pressure during the pandemic, and as a result, patients’ experience with their care appears to have suffered,” Leapfrog President Leah Binder said of the national results. “We commend the workforce for their heroic efforts these past few years and now strongly urge hospital leadership to recommit to improved care—from communication to responsiveness—and get back on track with patient safety outcomes.”

At both Bed-Stuy’s hospitals, one of the lowest performing categories was the responsiveness of hospital staff, which uses a patient survey to measure how long it takes for a staff member to respond when they request help.

Interfaith Medical Center scored a 67 out of 100 in the category, only four points higher than the lowest performing hospital in the entire country. Woodhull was not far behind with a score of 68 out of 100.

The hospitals were also scored on how they handled infections, surgery problems, safety problems and other practices to prevent errors. You can find their full scores here.

Safety grades are released by the nonprofit organization twice a year, in the spring and the fall. The ratings of nearly 3,000 hospitals across the country focus on accidents, injuries and infections, and help to assess how well a facility prevents medical errors and other harm to patients.

The only hospital in Brooklyn to get high marks was Sunset Park’s NYU Langone branch. The next highest-scoring location was The Brooklyn Hospital Center, found in Fort Greene.