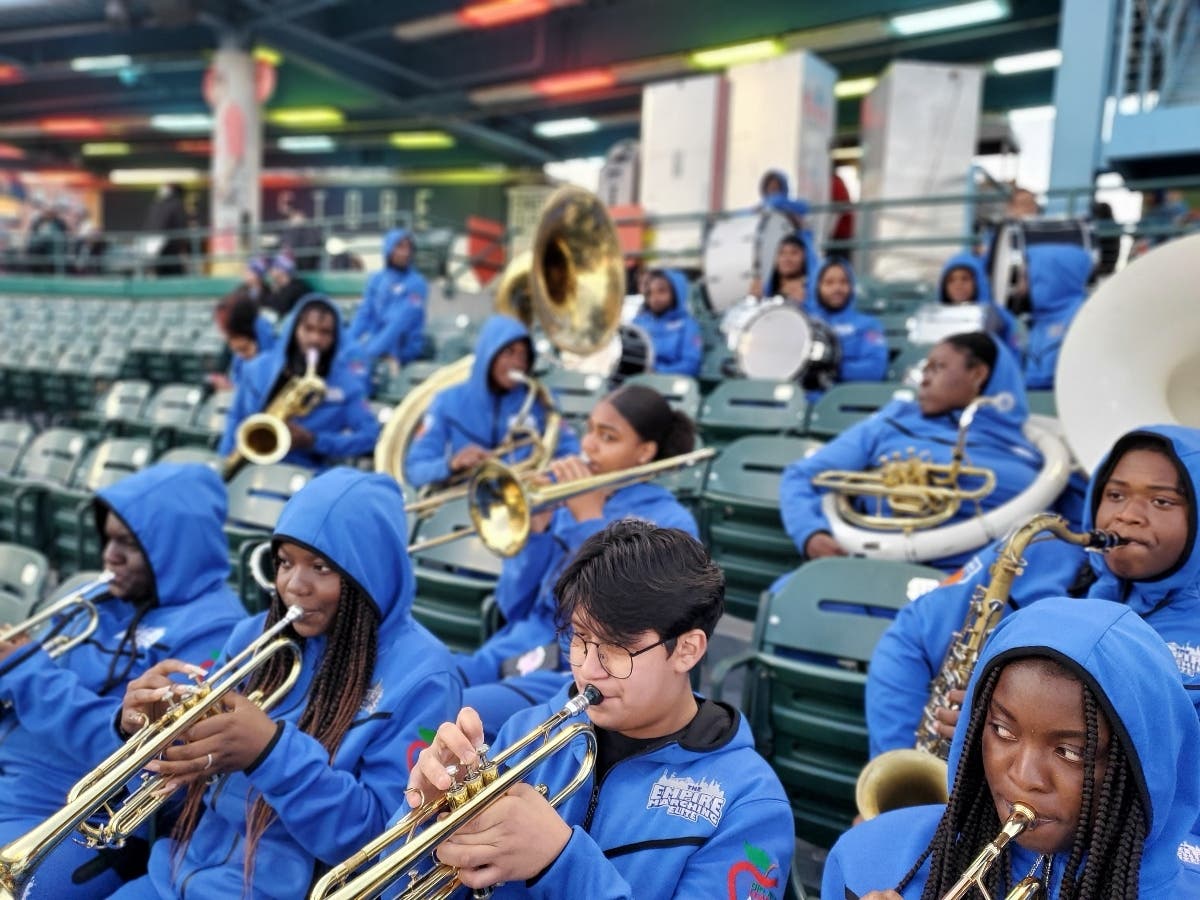 The gig will let the 60-member band play 15 games at Maimonides Park’s 7,000-seat stadium, a huge boost for its goal of spreading the tradition of Historically Black College and University-style music to New York City, leaders said. They perfumed for the cyclones home opener this Tuesday.

“This is a pretty unique experience not just because we’re a marching band — but we’re an HBCU-style marching band,” BALAA Executive Director Jada John told Patch, noting that marching bands are more common at basketball or football games than into baseball. “We’re setting the trends.”

The Empire Marching Elite, also known as TEME, were chosen as the Cyclones pep band by the Amazin’ Mets Foundation, a nonprofit arm of the Mets, which oversee the minor league team.

Though TEME is open to all ages, many of the band members are high-school age students who hope to pursue music at an HBCU. But given that HBCU-style bands are more popular in southern states, recruiters often don’t come to New York to find scholarship recipients, John said.

“[We’re] letting them know, ‘Hey, New York City has a large number of very qualified young people you should be considering,'” John said.

The exposure from the baseball game performances will boost BALAA’s existing efforts to gain the attention of recruiters, which includes work with the Northern Showstyle Band Coalition.

The Cyclones experience is the latest feather in BALAA’s cap, John said.

“For us to be able to be considered — that’s not something that happens every day,” she said. “They were able to see the value in what we do and that just speaks volumes to me to what these young people are able to accomplish. I’m really proud of them.”