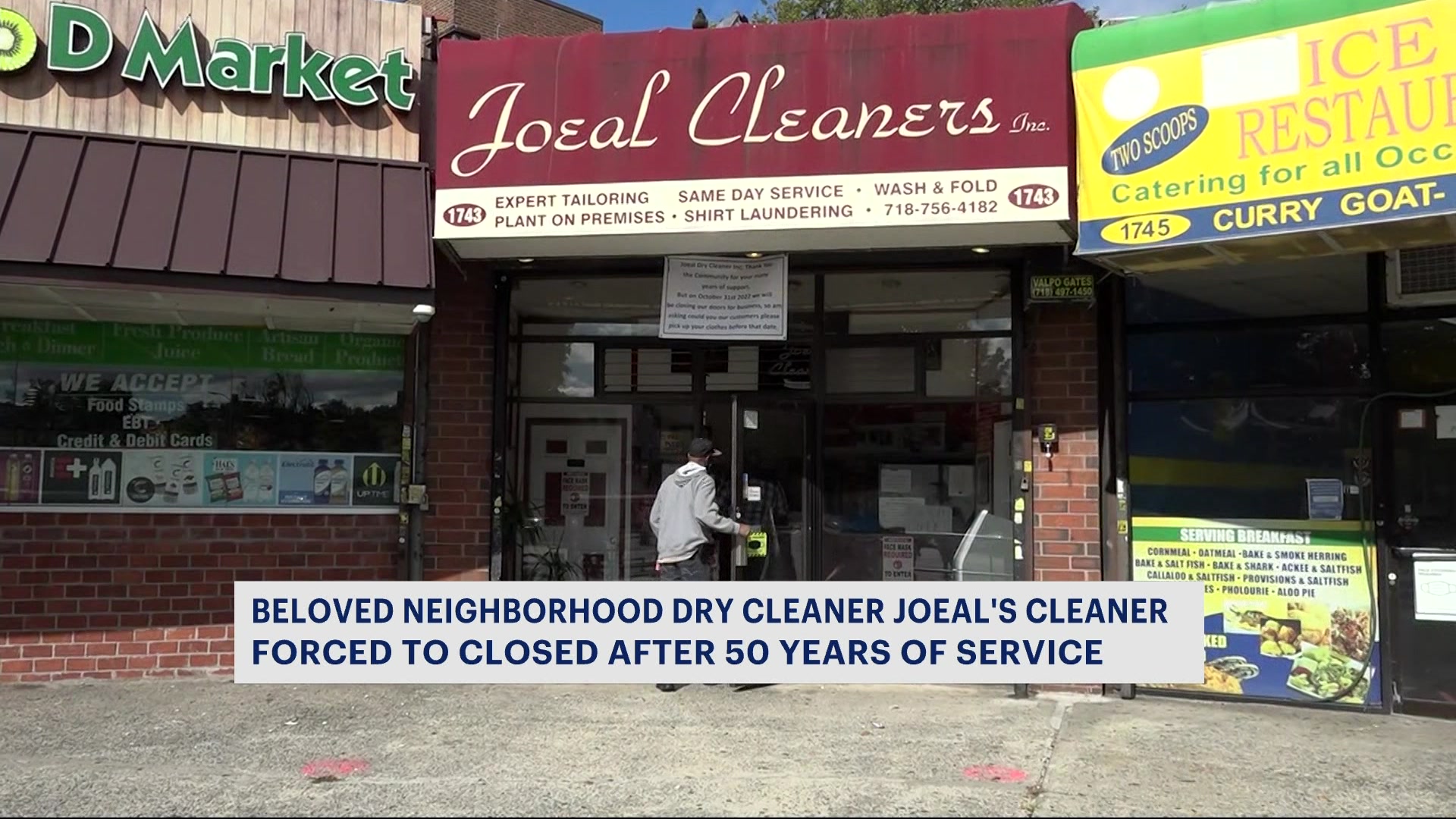 A beloved dry cleaner in Bed Stuy is being forced to close after 50 years.

Joeal Cleaners has been in business since 1976. However, last month, the owner received a notice claiming that they needed to vacate the property. After, he said the landlord told him the rent will jump from $5,300 to $12,000 a month, which he cannot afford.

He says he has always paid his rent, even during the three months they were closed during the pandemic. He also says he’s done everything in his power to keep all the staff, including taking on a part-time job.

Most of the customers have been coming to Joeal Cleaners for decades.