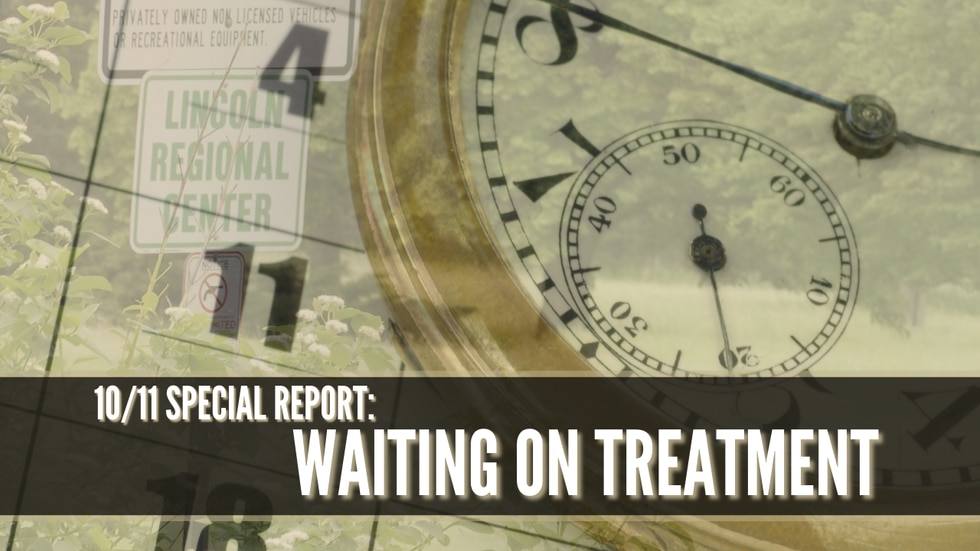 LINCOLN, Neb. (KOLN) – Nebraskans from across the criminal justice system are calling for change when it comes to a broken mental health treatment system for Nebraskans accused of crimes and deemed incompetent to stand trial.

Per state law, when a judge finds a defendant incompetent to stand trial, they’re supposed to start receiving treatment from the Department of Health and Human Services. Historically, that treatment has been at the Lincoln Regional Center.

“There was a time in my career where a person found incompetent, the judge would send them to the Regional Center that day,” Nigro said. “Now we have people waiting months.”

In 2021, the Lincoln Regional Center admitted just under 100 such individuals and among that group, they waited for a bed at the Regional Center for an average of 128 days each, or just over four months.

At that time, they’re sitting in county jails across the state.

“These are people with severe mental illness and the increase in numbers in our facility have strained our mental health resources,” said Brad Johnson, the director of the Lancaster County Jail.

Johnson said the Lancaster County Jail isn’t set up to treat people in this condition, and at times the growing list has pushed the jail past capacity.

According to documents 10/11 NOW requested, those deemed incompetent are facing charges on a wide array of crimes including stalking, disturbing the peace, burglary and assault.

“We adjust and manage them the best we can until the Regional Center calls and tells us they have a bed,” Johnson said.

10/11 NOW reached out to every county attorney in Nebraska to find out if they’ve experienced this problem. Not every one replied, but many who did expressed frustration.

Patrick Calkins, the county attorney for Webster and Furnas counties described two cases in which inmates have waited months. One of them has been required to be held in a Nebraska Department of Correctional Services facility due to their behavior and it’s costing the county thousands of dollars. Another waited so long, once his competency was restored, his case was plead and he didn’t serve any additional jail time because he waited for so long.

“The backlog is extremely frustrating,” Calkins said in an email.

Lee Polikov with Sarpy County told 10/11 in an email they typically see a delay of 120 days.

“It puts a significant burden on the county jails and slows the “wheels of justice” which is problematic not only for the defendant, but also the victim and affects the ability of prosecutors to move the case along,” Polikov said.

10/11 NOW spoke with the lawyer for one of the inmates who spent months sitting in a Sarpy County Jail. Dave Domina with Domina Law represents Quentin Renner and his mom Melissa, who are suing the Department of Health and Human Services.

Quentin is a 21-year-old Nebraskan facing mental health concerns. According to court documents, Renner was arrested for third degree assault and criminal mischief in September 2021 and a few months later was found incompetent to stand trial. Documents show the judge ordered him to receive treatment from DHHS immediately.

Instead, Domina said Renner sat in the Sarpy County Jail for more than four months. He said this is an injustice.

“Quentin is charged with a crime,” Domina said. “He’s entitled to a speedy trial. The legislature passed a law designed to provide services to a person like him as soon as possible so they can become competent, so they can handle their case and go on with their lives.”

The lawsuit asks the State to provide services immediately. Since it was filed, Quentin has been taken to the Lincoln Regional Center, but Domina said the case continues.

“The judge should order that services have to start the day after finding of incompetency,” Domina said. “The services don’t have to be at the state hospital, they can be provided elsewhere or in a different way. The important thing is we need to help these mentally ill people be restored to health.”

Quentin’s mom Melissa wasn’t able to do an interview, but in messages she told 10/11 NOW the treatment of her son in the jail was less than ideal. She said he was kept in a holding cell alone for 23 hours a day with one hour outside his cell in a gym. She said he wasn’t able to go outside, watch tv, or listen to music.

“This has to take a toll on a healthy person, let alone a person suffering with a mental illness,” Melissa said in a message.

“This is a chronic problem,” Domina said.

It’s also on the radar of the Nebraska ACLU.

“It benefits nobody,” said Spike Eickholt, a lobbyist for the ACLU. “It doesn’t benefit the people in jail whose mental health is deteriorating. It doesn’t help the staff at county jails who have to work with people who are mentally ill. It’s a burden on the court system.”

Everyone 10/11 NOW interviewed in the case agreed on a solution.

Nigro said specifically, there needs to be more psychiatric beds.

DHHS said the Lincoln Regional Center is licensed for 250 beds. Right now, only 181 are filled due to staffing shortages and an ongoing construction project.

“There aren’t enough beds to take care of the population, let alone those who need civil commitments,” Nigro said. “The state needs to look at whether we need additional inpatient beds.”

The Lincoln Regional Center is the only state psychiatric hospital able to take on these patients. Years ago there were three such facilities, but now one in Hastings only treats juveniles with substance use disorders and the second, in Norfolk, only treats sex offenders.

State Sen. Matt Hansen said the state should have about 700 beds. Hansen worked on two legislative bills targeting this issue, one of which passed this session. That bill, LB 921, will form a committee to look at psychiatric bed capacity, require the state to post population data for the Lincoln Regional Center online, and also require them to pay county jails $100 per inmate waiting, per day.

“Hopefully those recent legislative changes will move the need and impact this problem in a positive way,” Eickholt said. “If it doesn’t, we’ll keep all of our options open and that includes litigation.”

Not just to save money, but to help people in need.

“These people are just mentally ill,” Johnson said. “I think we ought to treat them better.”