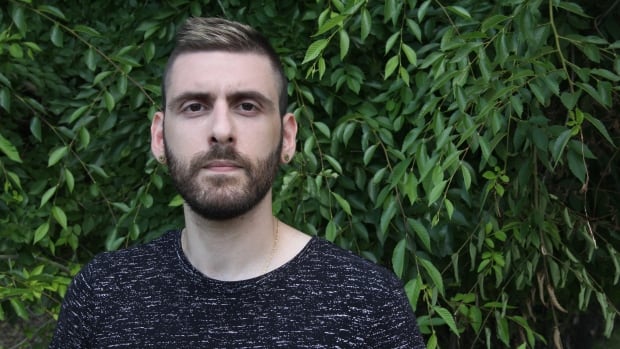 A Winnipeg hospital overwhelmed with more patients than it had capacity for sent a man who didn’t have COVID-19, but lives with multiple sclerosis, into an outbreak ward where he says he shouldn’t have been.

After nearly two days in an emergency department bed at Health Sciences Centre, waiting to be admitted, Vince Mancini pleaded with medical staff not to move him into an area of ​​the hospital where he was more likely to contract COVID-19.

Mancini doesn’t know why his pleas were dismissed, but he suspects the hospital had no other beds.

“Knowing that I have to go through a treatment [for MS]knowing that contracting COVID right now would be very harmful to my health, it hit me very, very hard,” Mancini said, explaining his treatments would have been canceled if he got COVID-19.

His case illustrates how Manitoba emergency departments have increasingly served as overflow wards for patients waiting to be admitted to an in-patient ward.

Mancini was at Health Sciences Center in May to regain strength in his left leg, which was sapped by his multiple sclerosis.

Over two days, he says he heard traumatic conversations from nearby patients, and so asked to be relocated from the ER.

But the 33-year-old, who works in project management for a technology company, didn’t expect to be pushed into a COVID-19 outbreak ward instead.

Mancini said he’d rather stay in the emergency department bed, but that request was denied. He wasn’t told why.

“I know there was a big wait to get in from the emergency room waiting room,” Mancini said.

“To move me out and put me into a bed and actually open up more space [in the ER]I think what the main reason for this happening.”

Multiple sclerosis is a potentially disabling disease. Medical experts say while it’s not believed those with MS are generally at greater risk of severe disease if they get COVID-19, the impact of a viral infection might be greater for them. As well, a recently published study says there is evidence patients receiving some therapies for MS are at an increased risk of severe COVID-19 outcomes.

An emergency room nurse at HSC said the hospital is routinely short of beds for patients seeking care — and the dire staffing shortage is making things worse.

“We actually have no staff to even keep our current department open,” the nurse, whom CBC has agreed not to name because she fears reprisal at her work, said in an interview last month.

On a recent weekend, a third of the ER’s approximately 52 beds were off-limits because there wasn’t enough staff, she said.

And then there are the ER beds occupied by patients with nowhere else to go.

“It’s frequently been 20, 30 … patients waiting to get admitted upstairs,” the nurse said. “If you take those beds away, you’re taking beds away from critically ill Manitobans.”

That creates a chain of effects. ER beds are increasingly occupied by patients waiting to be admitted elsewhere in the hospital or to another facility, rather than people who need urgent treatment — which, in turn, creates long delays for people trying to enter the emergency department.

The nurse who spoke to CBC says inadequate staffing is to blame. That’s getting worse than more workers, burned out by the pandemic, quit.

She estimates at least 70 nurses have left the emergency department since January 2020. New hires have made up for some of that, but don’t fill the vacancies.

Mancini says he wound up spending two days in the COVID-19 ward beside another COVID-free patient, who was also wildered at being relocated. The two were in their own room and separated from the COVID patients by a door.

He was moved out of the COVID unit after a visit by a neurology specialist who agreed that Mancini didn’t belong there.

In the neurology ward, he received plasma treatments that helped him regain strength in his left leg. He was thriving in recovery, where he got the care he needed and appreciated the staff who cheered him on as he practiced walking.

Four days after entering the ward, Mancini was dismayed when he was sent to a COVID isolation room.

The medical staff acknowledged they made a mistake in admitting him to the COVID ward days earlier and were correcting their mistake by ensuring Mancini followed the proper 10-day isolation protocol.

“I just didn’t understand having the freedom, making the progress that I was making, having a great team of individuals around me … and then that completely being taken away.”

When the mistake was explained to him, Mancini said a doctor, apologetic for Mancini’s ordeal, began to cry.

In a statement, Shared Health said patients not infected with COVID-19 should be kept away from COVID units, but “such admissions have periodically occurred” if needed.

A guidance document for medical staff says they should try to avoid admitting patients into these units who have “existing chronic medical conditions” and “immune compromising conditions.”

A Shared Health spokesperson couldn’t speak to specifics in Mancini’s experience due to patient privacy legislation, they said.

Prior to his multiple sclerosis earlier this year, Mancini said he never had to go to an emergency room. Before his experience in May, he spent 23 hours in a waiting room during a visit in March, he said.

Today, Mancini is working on regaining leg strength by devoting about two hours a day to exercise. He wants his recovery to keep progressing, and doesn’t want to return to the hospital.

“It’s very scary knowing that there could be another event where I have to go back and maybe go through that exact same situation. That’s what’s probably the most frightening thing right now in my life.”

dr Candace Bradshaw, president of Doctors Manitoba, said the long wait times and busy wards have her worried about the fall and winter months, when the health-care system copes with higher occupancy levels.