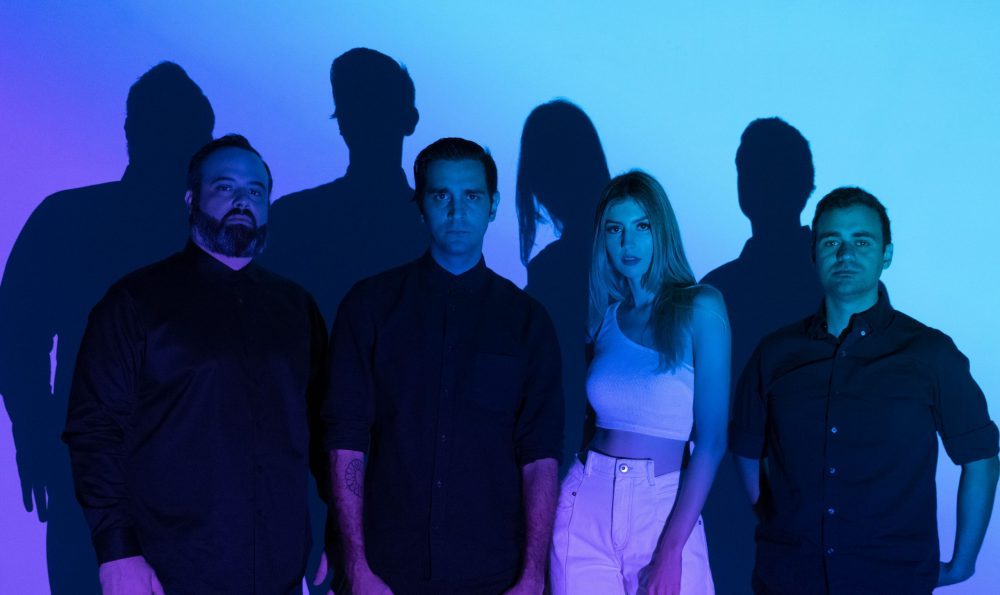 based in Miami Bed scene has shared a new single / video for the lively and airy anthem “It Feels Better”. Driven by the kinetically bubbly and euphoric pop-rock sounds of the four-piece, the song is an exuberance about the fears that come with growing up and moving to the big city. Led by Nick Aponte (guitar and lead singer) and his beaming croon, rounded off by Michelle Reinkopf (bass, backing vocals), Andrew Burt (keyboards) and Danny Portal (drums), their latest release is undeniably nervous endorphin rush.

The music video for the song, directed by LOPEZ (@directedbylopez) captures the lively and exhilarating spirit of the single. The video was filmed on the beach in Miami under sunshine and palm trees and shows the band jamming against the picturesque blue waters of their hometown and rolling past on roller skates. The video for “It Feels Better” ends with a series of Polaroid photos of the band and perfectly captures the ecstasy that comes with being with the people you love, carefree and enjoying life – and good music .

“It Feels Good” follows the release of “American Dream” last year, a lush electronica rock track with incredibly groovy hooks. Bed Scene started out as a solo project by Aponte, who was initially inspired by his work as a jingle writer and released the act’s self-titled EP in 2018 with a seemingly endless supply.

A second EP followed in 2020 in the form of Dulcinea, a collection of songs inspired by 1980s Spanish ballads and sublime lo-fi that served as a deeper exploration of Aponte’s Hispanic-American heritage. It was after Dulcinea that he completed the band’s lineup and released a number of singles in recent years such as “Vile” and “Honeymoon” which have further developed Bed Scene’s talent for making effective pop hooks.

Check out the video for Bed Scene’s new single “It Feels Better” below!