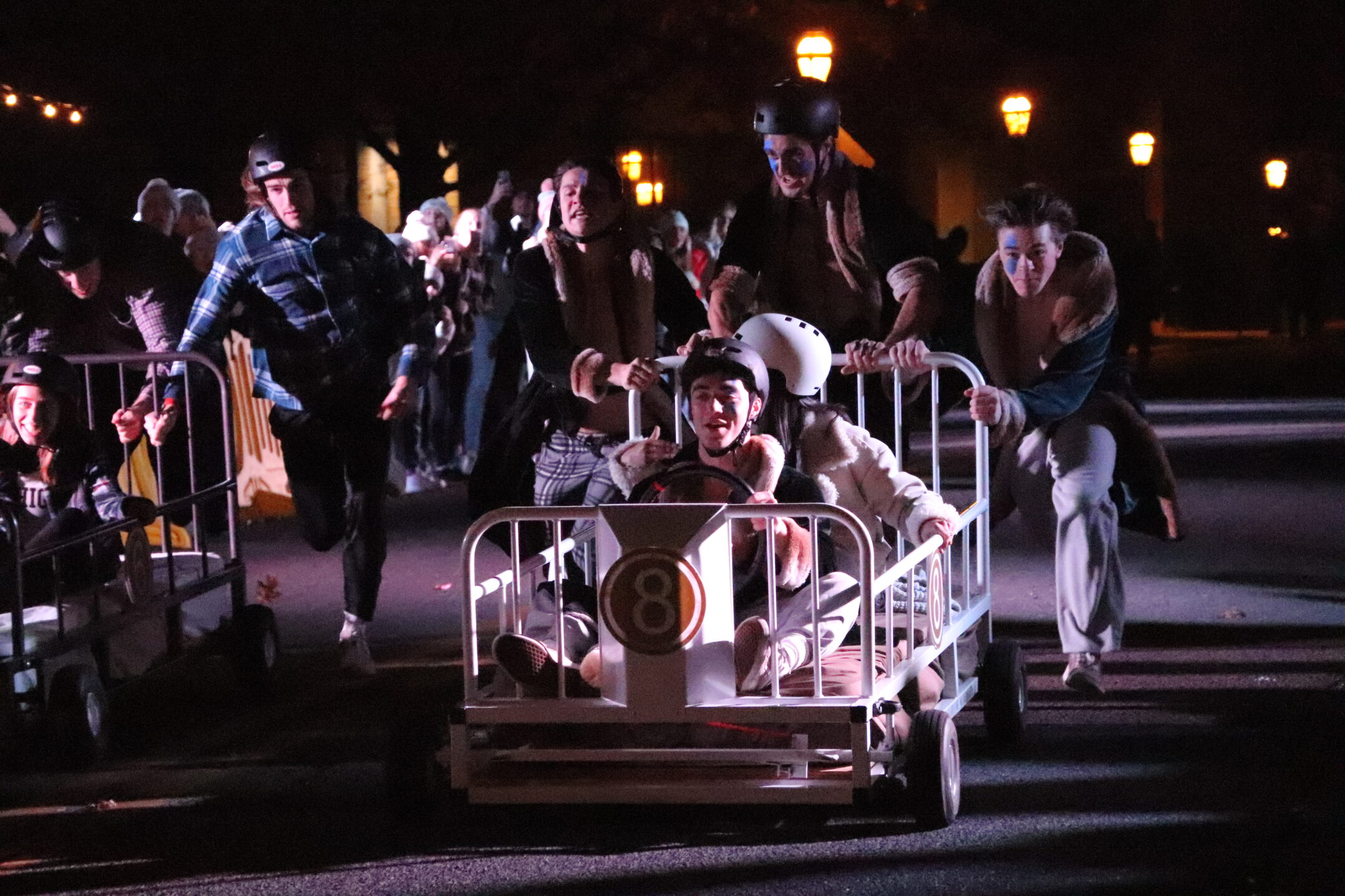 For the first time, beds were being pushed down Packer Avenue rather than Memorial Drive.

By doing 80s and 90s, Beds were built by students and driven down the hill, but it was considered unsafe and the tradition was disrupted for several years. The tradition was resumed in 2007 and has enjoyed growing popularity ever since.

This year 30 teams competed in a single elimination tournament, with two teams competing against each other at the same time. At the event, it was announced that there were more teams in attendance this year than any previous year.

Teams made up of members from LUPD, Lehigh After Dark, athletics teams and Greek organizations took part in the competition.

A team from the health and wellness center also took part in the bed races in medical clothing.

Sam Claudio, a nurse, was a member of the HWC team this year. He said there are many new members at the center and they have attended the bed races as a team building event.

“We wanted to show our love for Lehigh University,” said Claudio.

Claudio said his favorite part of the evening was seeing all the students and costumes.

The eventual winner of the tournament was the team “Valhalla’s Viking Warrior”, which defeated “Way 2 SeXC” in a final race in the final meters. A trophy was presented to each member of the winning team.

Ben Berven, ’24, of the Valhalla Viking Warrior team, said, “This is a classic Lehigh event, Le-Laf, we have to give it our all.”

Berven said his favorite part of the night was beating one of the hockey bed racing teams that his friends were a part of. He went on to say that crossing the finish line in the final was another highlight.

“There’s no other feeling like this,” said Berven. “That was pure high spirits.”

Lehigh President Joseph Helble, 1982, was present and addressed the many students.

Helble said there was more student participation this year than when he was a student in Lehigh.

“I’m happy to be here,” said Helble. “It’s such an important part of Lehigh Lafayette Week.”