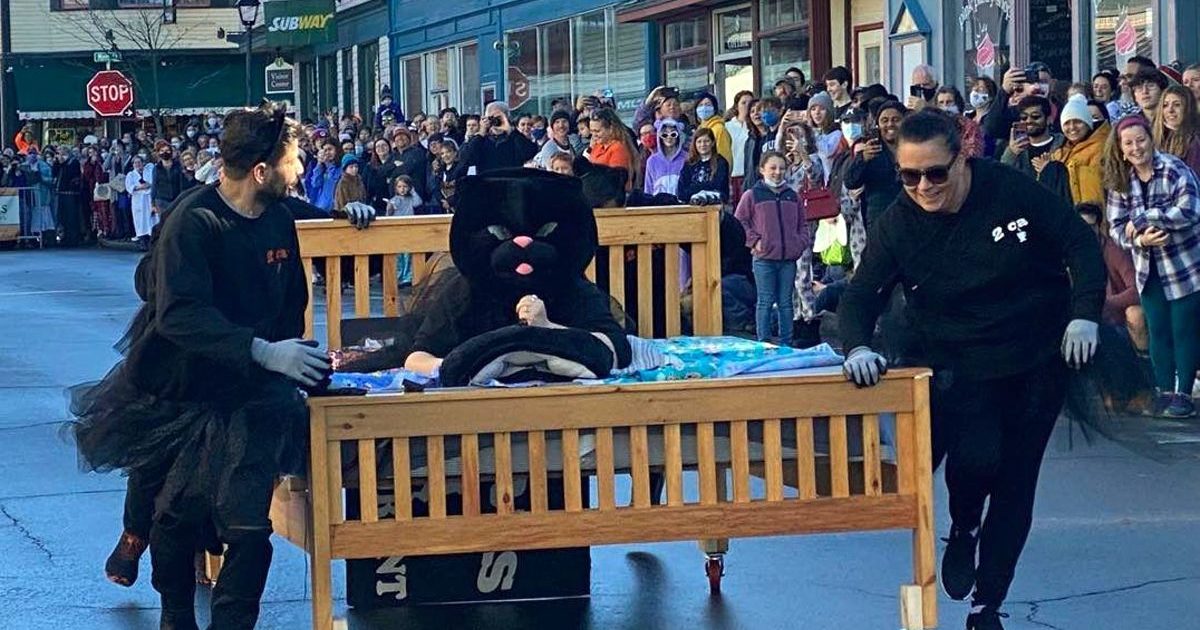 PORT BAR The city was inundated with shoppers and spectators during the Bar Harbor Chamber of Commerce’s 26th annual pajama sale and bed races on November 13th.

People in their pajamas were wandering the streets of Cottage and Main as early as 6 a.m. looking for and shopping for discounted early Christmas gifts in local shops.

With the help of the buyers, Conners Emerson’s eighth graders sold all of their baked goods to raise funds for their white water rafting class trip.

Decorated beds with wheels were driven by five teams, with each of four team members dragging a fifth onto the bed. The races began in front of The Criterion, went to the end of Cottage Street, turned around, and raced back to the starting line.

Ninah Gile, a native of MDI, covers the city of Bar Harbor. She is happy to be back in Maine after completing her bachelor’s degree in San Diego from the University of California.