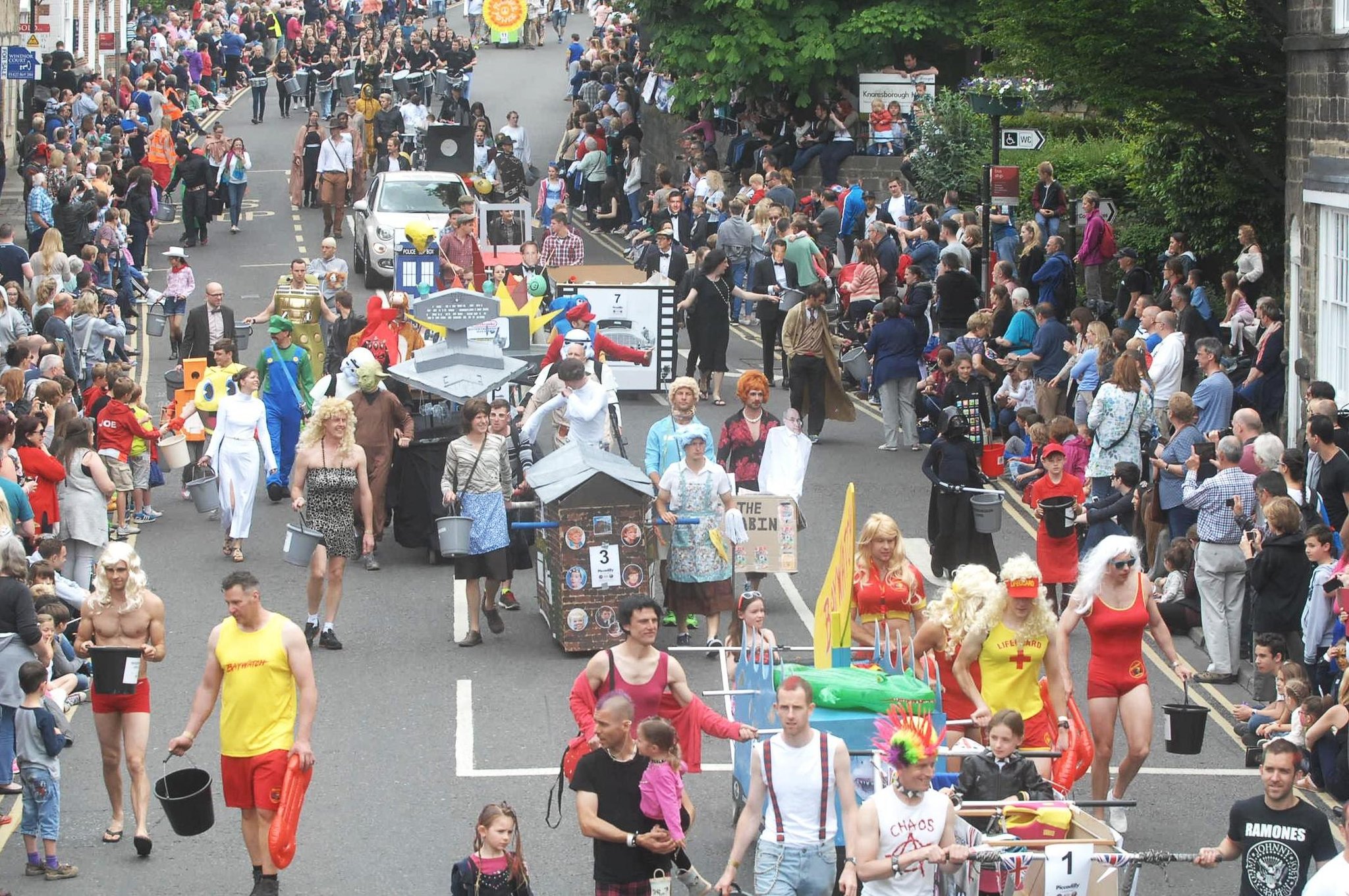 This year 85 teams will compete on the 2.4-mile course, taking them through parkland and Nidd Gorge, up steep climbs and culminating in a 40-yard swim through the River Nidd.

“It has become an iconic event over the years and has spawned other bed races all over the world,” said a spokesman for the event which is organized by Knaresborough Lions Club to raise money for charity.

sign up to our daily Harrogate Advertiser Today newsletter

The bed race started in 1966 but suffered cancellation in the past two years due to the Covid-19 pandemic but returns this year with the theme of The Environment: Reduce, Reuse, Recycle.

In the build-up to the event there will be special briefings for the teams and the volunteer marshals at the Knaresborough Working Men’s Club, on May 18, 7pm.

“The race follows the spectacular gathering of the decorated beds at Knaresborough Castle and the Parade of beds, racers, helpers, marching bands and dance groups through the streets of the town,” added the spokesman.

“The fastest teams complete the course in around 13 minutes; the slowest in about twice that time.”

The event begins in the morning with the parade at 1pm and the race itself starts at 3pm as a series of time trials, with the teams setting off at 10-second intervals.

Roads will start closing from 10.30am in the center of Knaresborough and parking will be suspended all day on the race route.

Organizers say that it is hoped that road closures will be lifted from around 6pm.

There will be extra train and bus services, and there is a free park-and-ride service operating from Knaresborough Technology Park and ALM in the east of the town to the High Street.

Shops, cafes and pubs in Knaresborough will be open, and there are attractions in Conyngham Hall Field for children. The cost for entry to Conyngham is £3 per adult, with those 16 and under getting in free.