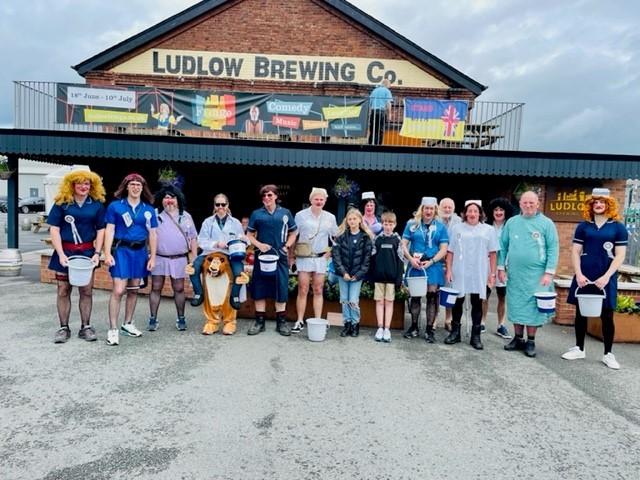 MARK Hiles and the bed pushers may sound like an unlikely name for a rock band.

But in this case they are the men and women, who took to the streets of Ludlow, for the first time in years, to raise money for the Ludlow Hospital League of Friends.

A hard day collecting and providing a laugh raised £3, 555.19 for the funds and the recently appointed chairman of the League of Friends Michael Evans says that this will be spent on improvements to benefit patients and staff.

The hospital has been preparing a list of its needs where it would like the League of Friends to help.

Over the years, the Ludlow Hospital League of Friends have raised hundreds of thousands of pounds for equipment with the largest investment enabling the setting up of a kidney dialysis unit.

Other medical equipment and patient comforts have also been provided.